The Federal Court has taken the rare step of correcting claims about its role in the Carmichael case, further undermining the government's insistence that "vigilante litigants" need to be reined in. 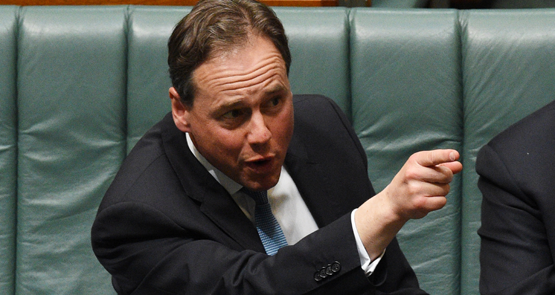 The Federal Court has issued an extraordinary rebuke of the government’s characterisation of the Adani Carmichael litigation, explaining in detail that the court’s role had been merely to consent to the government’s own proposal to withdraw what the government acknowledged was a legally flawed approval.

The statement, issued by the court yesterday, further undermines the government’s attempt to use its own failure to follow the Environment Protection and Biodiversity Conservation Act when approving the Carmichael coal mine and rail project — which at current coal prices is completely unviable — as a basis to gut the act by removing the capacity for public interest litigants to have standing before the Federal Court. This week, the government announced it would be repealing s.487 of the EPBC in order to deprive individuals and groups not directly affected by a major project of the standing to bring litigation under the act, and challenged Labor to show whether it supported jobs or the environment. Labor opposes the bill, as do a number of crossbenchers, and the bill looks likely to fail in the Senate.

Setting out “to correct media reports”, the court notes:

“On 4 August 2015 a judge of the Court made orders setting aside the Minister’s decision. The orders were not made after a hearing. There was no judgment. There were no findings. The orders were made by consent, that is, with the agreement of the parties to the litigation. Proposed orders were presented to the Court in a letter from the Australian Government Solicitor, who acted for the Minister and the Commonwealth. The letter was written with the agreement of the other parties: Mackay Conservation Group and Adani Mining Pty Ltd.”

The court then explains that the basis for the order was that the minister had failed to comply with the requirements of the EPBC to consider the impact on threatened species. The court statement confirms Adani’s own response shortly after the orders were issued, when it said “it is regrettable that a technical legal error from the federal Environment Department has exposed the approval to an adverse decision”.

At no stage has Environment Minister Greg Hunt or anyone else in government actually admitted that it was their own mistake that caused the approval to be withdrawn. Instead, they have blamed “vigilante litigants” and “militant green groups” for the approval being withdrawn under “lawfare”.

By coincidence, a key critic of the government’s claims about Adani is Murray Wilcox, a former Federal Court judge and Australian Conservation Foundation president, who last week accused the Prime Minister of being “grossly misleading” on the issue.

The government’s move to gut the EPBC by removing a crucial element of enforcement — the capacity of public interest litigants to bring actions under the act — is intended as a wedge issue for Labor, but the immediate split appears to be on the conservative side, with farming groups and the National Farmers Federation calling for a delay while the bill — which the government wants passed immediately — is examined. “It is critical that farmers have access to the court system to ensure their interests are fully considered during the EPBC assessment process,” the head of the NFF warned.

Australian thermal coal prices are currently at an eight-year low, and coal futures are now at a 12-year low. 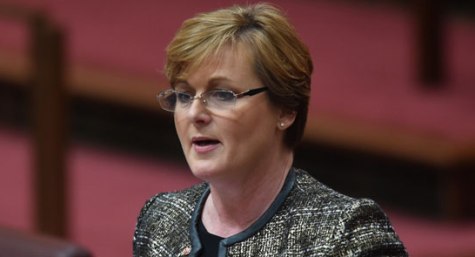 Total own goal. Let’s hope they do more of this so the Nats can collapse as a party already.

Surely, it was the Greens and Labor that made “Stark” Hunt so sloppy.

Vigilante litigants, militant green groups and lawfare – I can see how this dog whistling would work for LNP voters.

Its not about philosophical differences – the government cannot get procedural and process right, No sensitivity when handle opposition, cross-benches or even their own.. They seem to attack anything that moves and preach punishment ans the only solution to every problem as if we can beat the demons out of society’s broken souls.

Isn’t there anyone on the government side with some the sensitivity required to get the best rather than the worst out of people?