The failure to find a distinctive centre-right way to move Australia's political agenda is yet another failure of the Abbott government, and of Abbott himself. 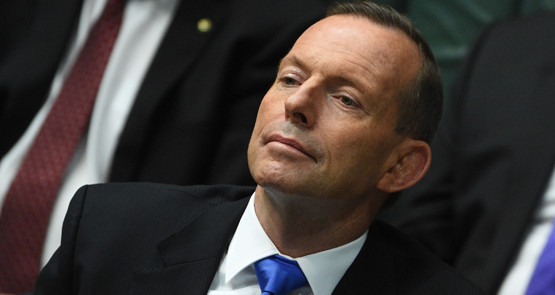 When the British conservative philosopher (and friend of big tobacco) Roger Scruton was asked why he had named his journal The Salisbury Review, he mentioned the Earl of Salisbury, the Victorian-era UK prime minister. When did he govern? “Oh I couldn’t exactly tell you … and that’s the point.” Indeed. The earl liked long eight-course lunches and mid-afternoon naps. Conservatism, as a philosophy, has as its aim the governing of a society in which many autonomous institutions work organically and without direction; classical liberalism has as its aim a minimal government managing foreign affairs, the law, and letting the market get on with it.

These are the two constituents of the Abbott government. So Coalition MPs should be able to point to an empty cabinet schedule and a cancelled meeting as a triumph. Success! You’re being lightly governed. They can’t of course, because we aren’t. We don’t have a Burkean conservative government, we have an ADHD government, one that starts a dozen projects and then leaves its toys out, running off to the next play encounter. Having presented a failed budget that destroyed its support, the Coalition have followed up with a non-budget, while making vague noises about tax.

Having said it would be the infrastructure government, the Coalition has done little but defund and cancel projects and wage a war against Victoria over the popularly rejected East West Link that will help keep Labor in power for a decade more, and have the Victorian Liberal Party decline into a backwater of Christian obsessives and third-rate real estate agents. The restoration of honours, the handling of indigenous recognition, Jesuitical double-dealing on same-sex marriage, and on it goes.

Having set up a standard in opposition — government must always be doing something — it is now being hung out to dry on it. The coming disaster will be curriculum, which Education Minister Christopher Pyne has said will be rolled out on January 1. It may be, but it will stop rolling when it gets to schools because many will simply, quietly, not implement it. It takes years for a new curriculum to be implemented; Labor’s recent one — designed with a better hands-off process — hadn’t been fully rolled out when it was cancelled by this government. Principals, or so one hears, will simply pay lip service to this one, on the assumption that the government will be gone by October 2016. Pyne is moving phantom divisions around the map.

So the government itself has set up the conditions whereby it cannot be conservative, in the Burkean sense, or minimal in a classical liberal fashion. But of course no government can now be of that style, and the impossibility of such has little to do with a 24-hour news cycle, etc. It’s because both Tory and classical liberal ideas of the state and society are wrong. The classical liberals spruik a fantasy world in which the catallactic action of markets brings things into being. They don’t. Regimes of property and regulation make certain activities possible, and thus do markets come into being. The faster that technical and social innovation occurs, the more continuous must be the reshaping of the state.

In our era, that can be seen in the realm of intellectual property. That is a fictional idea, of course — anything intellectual is reproducible without transfer of the original, so there is no process of exchange involved, simply a process of replication — but regimes of licensing, royalty and patent may have their uses to ensure specialisation, income, etc, etc. But they need to be ceaselessly altered as the technical form of intellect changes. That specific case applies more generally — to urban planning, education systems, the lot. The more complex your society, the more complex and reflexive your state must be. Libertarianism and classical liberalism are simply consoling fantasies from an earlier era.

The same is true of Burkean conservatism. Conservatism is not a philosophy of staying the same. It is, by its nature, a philosophy of change and how it should occur. Once it is named as a movement or attitude, the age of tradition is over. In our era, that has become doubly complicated. Conservatism could once have been counterposed to progressivism. But we are now a half-century distant from the radical social eruptions of the ’60s. That’s two generations on. Someone who was 18 at Woodstock could have teenage grandchildren by now. Progressivism has wholly made out much of the culture.

Thus, conservatism is maintaining a progressivist social order. Abbott’s attempt to reinstate aspects of a prior order — knighting “Sir” Prince Philip, etc — shows just how vanished it is. It’s not Burkean conservatism at all. As your correspondent noted in 2009, when Crikey was produced in purple ink on a hand-cranked Gestetner (remember those? Weren’t they great? Remember how they smelt of the chemical bath they’d been run though? Does everyone over 45 who went through the Australian school system, have childhood-acquired actetate-based brain damage? Watch out, bats), Abbott is a European-style religious social reactionary who regards the modern world as false.

So there is no way for anyone these days to run a government that is doing anything but ceaseless motion. The failure to find a distinctive centre-right way to do it is yet another political failure of the Abbott government, and of Abbott himself — a prime minister who can now be assessed not merely as our worst since McMahon, but as our all-time dud. If Abbott sinks any further, he may actually do the seemingly impossible and fall below the caretakers in the rankings. It is not unthinkable to say that Arthur Fadden achieved more in his term than Abbott has in this one. Respect.

Meanwhile, this gives Labor a chance to outline what a moderate, intelligent, but not manic government would look like, and how it would do joined-up, systematic, steady reform (not “Reform”, i.e. automatic neoliberalisation, that the Oz and AFR are seeking). That means something more than piecemeal announceables, something less than Chairman Kevin 07’s plan for excellence under the dome of heaven. Gah, shouldn’t be mean, he’s doing better, but more likely Bill will have a carby lunch and catch some Zs on the office couch, a half-open Merv Hughes book rising and falling like a tiny pagoda. The Earl of Salisbury liveth still.

Forget Utopia and House of Cards, the golden age of political TV is finally here

[the Victorian Liberal Party… a backwater of Christian obsessives and third-rate real estate agents.]
Pure gold.
(Currently printing this out on my Gestetner as fast as I can.)

Yes, if only Labour had a bit more vigour and commitment to something, anything, really. I viscerally loathe Abbott and the Libs, but, I worry about a gaumless Labor Party coming to power. Wot is a poor voterer to do?!

What’s with “Abbott and cattle” lately? The commonality of bull-shit?

Will somebody – anybody – please explain to the former Rhodes Scholar that infrastructure is not coal mining.

Relax Alex, things can’t get worse as long as our next government has some capacity to think and act rationally, comparatively free of catholic dogma…Bill will easily manage that.
It will feel so good to put this current LNP nightmare behind us.