In some respect, Latham was a relic of the Howard years, holding onto a version of Australia that no longer exists. 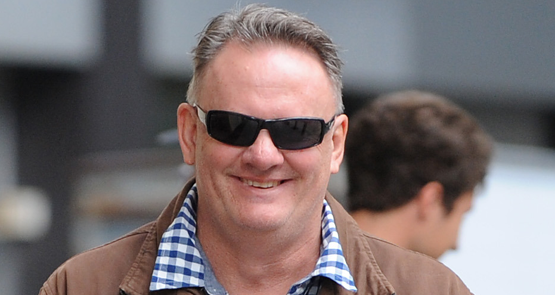 So farewell then, Marky Mark Latham. The Laird of Liverpool resigned from his weekly column in the AFR yesterday, hours after BuzzFeed Australia published a story positively identifying him as the holder of a Twitter account called @RealMarkLatham. Despite the moniker, the account was an unverified one. Tracing it back to Latham’s Yahoo account established that his Markness was the author of some nasty attacks.

Had that not done him in, something else would have. In the eight years since he started the column, Latham’s attention has turned from matters economic and foreign policy to the cultural and social politics that occupy an increasing amount of our time. His take? Much of what passed for progressivism was the work of a narrow elite imposing a set of values on a wider population.

Fair enough as an argument, but Latham combined that with a fantasy model of Australian life, in which a happy and content settled working-class populace had had their lifeworld corrupted and ruined by a scheming professional class — mostly women, mostly feminists — who attacked their way of life relentlessly. As the years have rolled on, these attacks have become more bitter and more personal, focusing on Lisa Pryor (a Melbourne medical student who wrote about her depression), to Rosie Batty to Lieutenant Colonel Cate McGregor.

Perhaps Latham intended to puncture the bubble of non-debate that surrounded some of these figures, or what they were saying — the obsessive narrativisation of depression, for example, or the way in which a victim of family violence became, for the media, an expert on its root causes. If so, he overshot the mark. More likely, he feels real bitterness towards these people because they are representatives of a world and a politics that is very far from where he wants it to be.

Latham’s public angst over the last couple of years has been fuelled by a contradiction at the heart of his politics. Increasingly he has attacked the new world of professional elites by reference back to an earlier time, of working-class communities in Sydney’s west, around the period he was growing up. More settled, more collective, with less of a focus on individual problems or challenges, or issues of gender, sexuality, etc, Latham’s portrayal of such has become increasingly nostalgic in tone, to the point where you can almost hear the clack of the clog dancing.

Yet at the same time, Latham has remained the greatest single advocate of marketisation on the “left” side of politics. His obsessive love of market forces has only grown over the years, to the point where he took on a sort of Ron Paulite libertarian anti-statism. In his Quarterly Essay, Not Dead Yet, an analysis of the Labor Party that can’t decide whether it’s exploratory surgery or autopsy, he argued that the state had never produced anything of value (aside from, as your correspondent pointed out from the computer, the jet engine, antibiotics, mass vaccination, the modern automobile, radar/wi-fi, etc). The claim appears to have been removed from the book version of the essay, but it’s a measure of how extreme his agoraphilia became.

How extreme — and how absurd. Because the western Sydney that Latham harked back to was a product of the state. The infrastructure was built by the Department of Public Works, the houses were either public housing or financed at affordable rates by Commonwealth and state banks, people went to work on public transport to jobs where their wages and conditions were set by state-run arbitration commissions. And so on. The country ran on export of primary produce managed by socialist monopsonies, and the jobs city people went to were protected by tariff walls the state-run export helped pay for. There were three, eventually four TV channels, one of which was the ABC, football teams were grounded in their community, not leveraged media conglomerates, and when you went to Surfers (not Koh Samui) for a holiday, you flew the government airline, or the private one that was allowed to be its competition.

That’s the structure that made the lifeworld Latham harks back to possible. But Latham will not acknowledge that. His belief appears to be that the market can be introduced to such a world to give people more choice and possibility, without it having any effect on the society or culture at all. That is obviously asinine. The more the market is extended into social life, the more that solidarity, settledness, and a certain type of fixed psychology and selfhood are ungrounded. That may be a good or bad thing, or both, but it is unquestionably a real process.

That’s the world we have now. Neighbourhoods are fragmented because people move around, solidarity is undermined because a notion of winners and losers has taken hold, and selfhood has become a more complex entity because the processes by which it is formed are more complex in their turn. The relative absence of a bounded culture on the ground, its replacement by streams of media and consumption, make the creation of identity an individualised thing. Depression and anxiety are to this process what black lung is to coal mining, simply its common pathological condition. Sexuality, as the root of personality, becomes more variable and multiple, and the relationship of self to body less immediately obvious. That’s what you get if you get the market. Only the most ritualised, other-directed modern society in the world — that of Japan — has escaped some of the aspects of this process, simply developing a different set of morbid symptoms.

This is the world Latham wanted, and he hates it. If suddenly all these people are yakking about their feels on the meeja rather than leaning over the back fence and having a natter while Bex dissolves their kidneys, it’s because selfhood itself has been transformed by the entrepreneurial model. The transformation is comprehensive, which is why Latham’s deep dissatisfaction became ever more comical — resulting in a dummy-spit because the local multiplex was showing Birdman, an arch comedy about the follies of such a culture, and all the other films on offer were unwatchable crap made for 14-year-olds.

But the added element to the bitterness was that so much of this new world questioned the silences of the old world. Family violence, child sexual abuse, depression (of a type somewhat different to the current version) — these all stalked the hills of Sydney’s west, made for ruined lives, lost potential, shunning and victim-blaming — year-by-year across the West, we are undoing any cosy nostalgia we might want to hold onto. The facts of life are coming for Latham from both ends, usually in the form of a woman talking in the media. A car crash was inevitable.

The real shame was that some of the things Latham was saying needed to be said — and some of us say them here and elsewhere. A lot of what is presented as “obviously right” by progressives are simply the class values of a a cultural producers class who thus have the means to reproduce it in the wider media. A lot of culture has become enforcement, a certain strand of feminism has become special pleading, depression narratives have started to entrench the very narcissism they are produced by, and so on. But to talk of these as cultural problems to be addressed, rather than as sabotage by an elite, would have ruined the fantasy. And so every useful point was undermined.

In that respect, Latham was a relic of the Howard years. He was the loyal opposition to Howard’s imaginary Australia past, positing a Labo(u)rist vision of it, which has become more rigid as the years have gone by. Howard, in the end, was less fooled by it than Latham was, but he was also more invested in the empty symbolism, rather than the real lives. Latham’s bitterness appeared to ratchet up as that world drifted further away, and we were left with the one the market has created. It’s something of a tragedy that Latham went down this path, and it’s almost painful to call it out, because I agree with some of his instincts about privileged class politics presented as unquestionable morality. But having failed at his destiny, he appears intent on punishing us for it by failing afresh. It is our fault that the time was sufficiently out of joint to have no place for him, and we must keep on paying. See him at the Melbourne Writers Festival this weekend if you can get a ticket, for the Jerry Garcia of Australian political riffing appears to be heading for his dark star pretty fast.

A lot of people find they are being left behind by the cultural elite. Not all of them become as nasty as Mark Latham. He was always a time bomb waiting to go off.

I agree with a lot of the article, but we cannot go making excuses for Mark and his macho nonsense.

Interesting and coherent analysis; one of your best ones!

Thanks, Guy, a plausible analysis of a complex man.

Jim, I don’t think Guy is making excuses for Latham. He pretty clearly calls him out as nasty and suffering from a form of cognitive dissonance. nonetheless he is an interesting case study worth examining.