Dyson Heydon’s bad memory and the trashing of the institutions

The bias claims embroiling Dyson Heydon are only the latest example of how the Coalition's political royal commissions have tended to go off the rails. 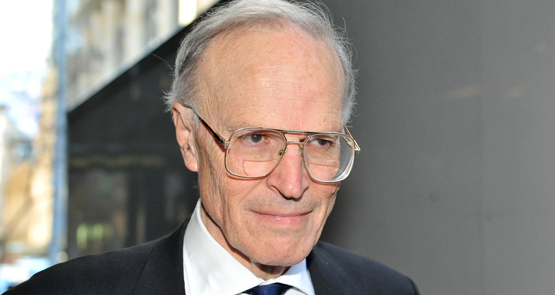 Royal commissioner Dyson Heydon’s “overlooking” of the Liberal Party connection to the event at which he agreed to speak — a connection made clear to him just under a year earlier — isn’t the first time the trade union royal commission has been troubled by someone’s faulty memory.

On the day of Julia Gillard’s evidence last September, the case against her imploded when former union official Rob Elliot retracted claims he had made about Julia Gillard’s involvement in the establishment of a union election organisation, saying “it is a great distress to me that now having formed the view it is a false memory I’m describing here, that it  is the subject of consideration by a Royal Commission.”

Elliott was talking about the events of 1993, as Gillard proceeded to do after him, for many hours, being grilled by counsel assisting Jeremy Stoljar SC, who grew visibly frustrated as the day wore on and he proved unable to land any blows on Gillard. Elliott might feel somewhat better now, as it turns out that the commissioner presiding over the entire process has trouble recalling important things from 11 months ago, let alone two decades.

If the royal commission is to have any remaining credibility, Heydon must step aside, but whether he does or not, the circus continues the poor record of the Coalition’s political royal commissions. In 2004, after waiting eight years, the Coalition set up a second royal commission into the leasing of the ALP-owned Centenary House to the Australian National Audit Office. It failed to find any evidence of corruption, merely finding that public servants had proved poor negotiators with the private sector — something already repeatedly demonstrated as the Howard government privatised government-owned property and public service agencies leased back their own offices at exorbitant rents.

That wasn’t long after former royal commissioner Terence Cole had handed in his royal commission report on the construction industry, a two-and-a-half year, $70 million inquiry launched by then-industrial relations minister Tony Abbott that led to exactly zero criminal prosecutions and one civil prosecution (of a company, not a union). Heydon’s inquiry, at least, is likely to result in a handful of prosecutions this time around.

Then there’s the Abbott government’s own royal commission into the housing insulation program. That commission, intended to target Kevin Rudd and Peter Garrett, reported in August 2014 and criticised the Abbott government for “hampering” the work of the commission (it turns out the public service doesn’t like having its dirty laundry aired in public no matter who is in government), as well as recommending that business affected by the sudden closure of the program be compensated. Not quite the result Tony Abbott and Greg Hunt were looking for.

Royal commissions are intended to be a last-resort process intended to deal with issues that have proved resistant to normal processes of government and, particularly, ordinary law enforcement processes. The Coalition also sees them as a political tool with which to attack its opponents at taxpayers’ expense. This has the effect of undermining royal commissions more generally as an effective investigative mechanism. But damaging important institutions for political gain is something of a Coalition speciality. Both Labor and the Coalition are responsible for the trashing of public service independence (and it was the Howard government that legislated the independence of the Reserve Bank) but it was the Howard and Abbott governments that came into office with a hit list of top bureaucrats who, no matter how competent, were axed for working too well for the former government.

It was the Coalition that has launched repeated attacks on the independence of the ABC — the Howard government tried to pin a charge of bias on the broadcaster for its coverage of the Iraq War debacle and stacked the board with far-right wing nuts like Janet Albrechtsen, while Malcolm Turnbull has engaged in unprecedented interference in ABC and SBS operations.

Tony Abbott feels no compunction about using ASIO as a backdrop for his national security hysteria, which earlier this year led to a minor security bungle (whether former ASIO head David Irvine would have allowed his organisation to be used in such blatant partisan games is an interesting question).

That’s before you get to more minor examples like the trashing of our long-standing system of arm’s-length arts funding by George Brandis, the assault on the Human Rights Commission or the rollback of freedom of information that’s been underway under this government.

Conservatives, by definition, are supposed to value existing institutions that have demonstrated their value to society over time. The Coalition position is that they are there to be used for partisan purposes, or to be nobbled if they are perceived as not fitting with its political agenda, and if this damages those institutions, that’s a price worth paying for political advantage.

Probably important that Heydon steps down now. But the Royal Commission needs to go on. To date it’s uncovered only the very tip of the corruption that exists in the construction industry. Obviously, there are some people for whom life could be made very difficult through the Commission findings. But so they should be. Heydon should step down and steps be taken to re-form the RC as soon as possible.

And hang the cost.

It would be funny if it took after the “Bottom of the Harbor” course?

Could somebody check to see if if Heyson ever attended previously just as a guest. Given his links with NSW Liberals I would be surprised if at least if he hadn’t been invited.

If he has been previously invited and or attended then all his protestations of innocence would be rendered void.