Mark Latham eight-year association with the Australian Financial Review is at an end. But it was his decision to quit, the AFR says. 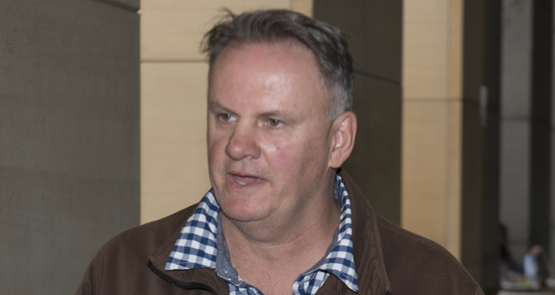 Mark Latham resigned as a columnist from the Australian Financial Review yesterday.

According to a statement by the AFR, he left on his own terms — with editor-in-chief Michael Stutchbury singing his  praises on the way out.

The AFR confirmed his resignation this afternoon in an un-bylined article, after days of not responding to journalists who called asking about the status of the former opposition leader’s column.

In the article, Stutchbury said that while there were lines responsible newspapers should not cross, he valued and respected Latham’s contributions to the paper. In the statement Stutchbury said:

“Mark has been a provocative and highly readable columnist for the Financial Review. He has been both loved and hated by readers — sometimes by the same ones at different times. While I didn’t agree with everything Mark wrote, he has played a significant role in Australian public life and brought rare personal insight into his writing.”

Latham has been a columnist for the AFR for eight years, and during that time he has also written for Spectator Australia and Crikey. Latham has always been a controversial writer, and has lately been taking on political feminism, which he views as a form of rent-seeking that does little to improve the lot of most Australians. But in recent months, his highly personal critiques of prominent feminists have seen Fairfax fending off defamation writs. Criticism of Latham reached fever-pitch over the weekend after BuzzFeed revealed on Friday that a Twitter account linked to Latham’s email address had been sending personal abuse to prominent Australian women, including Australian of the Year Rosie Batty (disparaging her judgement in men) and and transgender serving Defence force member and cricket writer Catherine McGregor (referring to her as “he/she”). Both women have also been criticised in Latham’s columns.

The Twitter account, called “Real Mark Latham”, is not verified by Twitter and has not been widely used. But after McGregor complained of the abuse she’d been receiving from the account, BuzzFeed‘s new political editor Mark Di Stefano investigated and  on Friday alleged that the account was operated by Latham himself. This morning, BuzzFeed used Twitter’s “find your friends” option to confirm the email address linked to the account is one Latham has put at the bottom of his columns on occasion.

But shortly after noon, the Twitter account claimed “Latho” has been “sacked” by Fairfax. “Poor Latho … has retired to Mt Hunter Lodge for a rump steak (medium-rare).  Maintain The Page,” it posted. The tone is in keeping with many of the account’s recent tweets. While Stutchbury has dismissed “social media speculation” about Latham’s status, it’s worth noting that Latham has fuelled much of this speculation, seemingly leading journalists along a merry chase for much of the weekend.

While Latham himself is lying low, Crikey has confirmed he’s still due to appear next Saturday at the Melbourne Writers Festival, in conversation with Jonathan Green on the topic “Politicians as Journalists”. Green has said he’ll ask Latham about the account. Festival CEO Lisa Dempster confirmed to Crikey that recent controversy aside, the event is going ahead. “Mark Latham’s appearance at the festival will be an opportunity to engage with him on a variety of subjects around the theme of politicians as journalists.” No doubt it’ll be a packed house.

In its article, the AFR states:

“In his early columns for the Financial Review, Mr Latham drew on his intimate knowledge of current Australian politics and the Labor Party in particular.

“In recent years, he strongly defended former prime minister Julia Gillard over allegations concerning her relationship with the Australian Workers Union in the 1980s that ended up being probed by the Abbott government’s Royal Commission into Trade Union Governance and Corruption. He dismissed the allegations as right-wing fantasy.

“He also has controversially covered social issues, often from a self-styled western Sydney perspective, including a sharp critique of feminism, the medicalisation of mental illness and domestic violence. He even criticised the past two Australians of the Year Rosie Batty and Adam Goodes.”

It notes that in recent months, “some feminist sites and activists” have campaigned against Latham’s column, “including by complaining to Westpac, which presents the successful Women of Influence awards with the Financial Review“.

Stutchbury is paraphrased to have “defended the Financial Review‘s right and even duty to publish provocative opinions that some readers and non-readers might find offensive, as this was a hallmark of a vibrant democracy”.

It’s worth noting Latham was one of the Financial Review’s most popular columnists. On a per-article basis, he was the seventh most-read person published at the paper, a leaked table recently showed. The Financial Review almost never put his articles behind its paywall.