Relations between Japan and China, never very good, are at a low point. And Australia is picking sides. 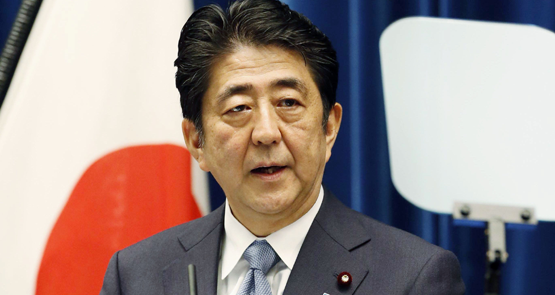 It has been an emotionally wrenching few weeks for Japan as it commemorates the 70th anniversary of the destruction of Hiroshima and Nagasaki.

The only atomic bombs ever used against a population put a breathtaking full stop to World War II. Japan surrendered on August 14, 1945, almost three months after Germany had been forced to do so. Yet seven decades on, broad regional security fears are now as heightened as they have been since the end of the war in Vietnam in 1975. From Australia’s point of view, these need to be debated and discussed in a bipartisan but critical way.

That World War II was lost in such a way has doubtless played a role in Japan’s very public struggle to apologise for the ruthless, often inhuman crimes it committed for its cause and its prior occupations of Korea and large parts of China. These included the 1937 Rape of Nanking, in which as many as 300,000 people were killed, “comfort women” were used as sex slaves and the workers for major Japanese companies were enslaved.

The “comfort women” issue is felt particularly deeply in South Korea, and women have gathered in Seoul every Wednesday for years to demand an apology. On Friday, Japanese Prime Minister Shinzo Abe put to one side his revisionist stance on the war, repeating the “heartfelt apology” for the “war of ‘colonial aggression'” given by his predecessors Tomiichi Murayama in 1995 and Junichiro Koizumi in 2005. He said: “Japan has repeatedly expressed the feelings of deep remorse and heartfelt apology for its actions during the war.”

Japan’s actions during its occupation of much of Asia underscored an arrogant, intractably hierarchical society that industrialised with uncommon success, decades ahead of any other Asian nation, but whose mores and ethics were trapped in the feudal world, a world away from the power that workers had gained across the democracies in the West.

Japan has changed enormously since that time, but there are still many who oppose apologising — including Abe himself, who, despite his public apology, believes privately that Japan should not have to apologise. Regular visits by Japanese politicians, including Abe, to the controversial Yasukuni Shrine, where many war criminals’ ashes are interred, has only served to underscore this.

Now, smack bang in the middle of this delicate anniversary, Abe is forcing unpopular legislation through Parliament that will kickstart Japan’s military via its ability for the first time in 70 years to send soldiers to participate in “peacekeeping missions” overseas. Japan’s Self-Defense Force is already so formidable that, up until a few years ago, analysts estimated it would thrash China in a naval battle. But it’s perception Abe is after — he wants to reawaken Japanese national pride.

The stark fact is that Japan is once again becoming a formidable military force, and while China and particularly South Korea may have problems with Abe’s speech not going far enough — and frankly, Japan will never go far enough for either nation — there was plenty of praise for its ally Australia and others now on its side, including the Philippines, which has just confirmed it will reopen military bases at Subic Bay in the South China Sea.

Japan’s refusal to completely prostrate itself before China does not sit comfortably at all with Beijing,

On September 3, the ruling Communist Party is holding a military parade to mark the end of the “Japanese War of Aggression”. This all plays into the increasingly nationalistic narrative. Ask the regular woman on the street in China and she will tell you she either doesn’t like or hates the Japanese (despite this, Chinese tourist numbers to its neighbour are booming).

Japan’s move to more officially remilitarise, if you like, is all part of the China-inspired Asia-Pacific arms race, which shows little sign of abating. Australia is joining in a typically detail-free announcement of $89 billion to spend on “shipbuilding”, which may or may not include the $50 billion on new submarines, which may or may not be built in Japan. After Abbott embraced Abe, both literally and figuratively last year, Australia has declared itself to be firmly on Japan’s side.

Abe’s military move has dragged Australia into an increasingly bifurcated strategic quandary between the defence and economic realms, where we pander and cosy up to China on the money front, whose enemy remains Japan. Yet Australia holds annual defence talks with Japan and the US, which China loathes.

Reports have said the PM’s office wants to pop out a “national security” announcement each week between now and the end of the year in a final, desperate attempt to save Abbott’s premiership.

And we are about to be handed yet another Defence white paper written in secret by government and its advisers on the ever more dangerous task of walking the tightrope between China and Japan.

Security tensions are ratcheting up fast on a number of levels in the region, but  to use these as a political opportunity is likely to make Australia a less safe place.

And just to make sure we are seen as neutral and in a diplomatic masterstroke our PM wants to subsidise the Japanese Defence industry to the tune of $100B by building submarines there.

That will sure make the PRC feel relaxed about australia’s position and will ensure they take no retaliatory measures.

And in the event of war in the South Pacific or South China Sea our submarines going to Japan for a major service would go right through a war zone and possibly to have maintenance done in the war zone.

Meanwhile, the Americans will clean up with big$$$ in the rearming of Japan.

This is a tough road to hoe for Australia. We are so reliant on China yet they are becoming more belligerent.The Abbott government are probably the worst people to trust to get this right.

KenSvay – gotta watch those rows, much easier to hoe than a road.