The Federal Court has decided the studio behind the Dallas Buyers Club film will not be allowed to send threatening letters to alleged copyright infringers after all. 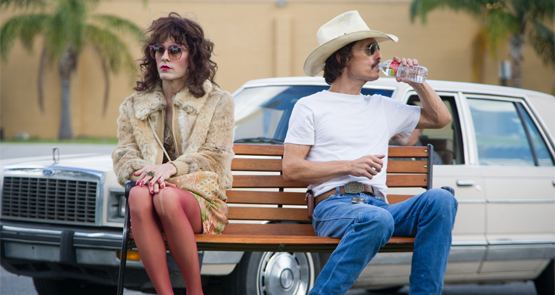 Australians who downloaded an infringing copy of Dallas Buyers Club who were worried about getting a letter demanding thousands of dollars in compensation can rest easy for now, with the Federal Court putting a halt to the film’s producers’ plans to punish pirates.

Voltage, the film studio behind Dallas Buyers Club, took iiNet and five other ISPs to court last year, attempting to get the details of customers linked to 4726 IP addresses alleged to have downloaded the film over peer-to-peer file-sharing services.

Voltage had pursued similar court cases in other parts of the world, including the US and Canada, where the company sends menacing letters to people who downloaded either Dallas Buyers Club or The Hurt Locker demanding that they pay thousands of dollars or risk an even more expensive court case.

The Federal Court originally agreed to hand over the details to Voltage, on the proviso that the court would get to approve any initial letter sent out to customers, in order to avoid the so-called “speculative invoicing” practice the company had conducted elsewhere.

A copy of the draft letter was release to media in June and revealed the company was asking for much more than a simple settlement, seeking details on the wages of customers alleged to have infringed, as well as details on their downloading habits.

The company also asked questions such as if the person was in the military or had a disability, in order to avoid bad press for the firm.

After Justice Nye Perram took extensive time to consider not only the letters, but the methodology Voltage was going to use in asking how much customers would be expected to settle for, he has decided against releasing customer details to Voltage.

In his judgment, Perram said Voltage was seeking to have customers pay four components in proposed settlements:

Perram was fine with the first and the fourth cost components, but said the second and third were impermissible. Voltage attempted to argue that people distributing the film over peer-to-peer services could have obtained a licence to do so first to avoid infringing copyright, but Perram said this was “so surreal as to not be taken seriously”.

He also said damages could not be calculated on one infringement based on other infringements made by a particular user, so Voltage would not be able to just go through a customer’s collection of downloaded films and ask for more money based on how many films they had downloaded.

Unless Voltage is willing to only seek damages based on its court costs and the cost to purchase the film, Perram has denied to release the details of customers at this stage, finding that Voltage Picture’s negotiating positions “lack legal substance”.

Perram has also said that Voltage, which has no presence in Australia, and would be able to ignore any orders from the court once it obtained customer details, will need to pay a $600,000 bond to the court before it would ever get details if it agrees to revise its proposed settlement offer to customers.

This means that if the company then went ahead and sent out threatening letters demanded thousands from customers, it would ultimately lose the bond it had lodged with the court.

The result means that, excluding an appeal on the judgment from Voltage, the prospect of film studios being able to send threatening letters to alleged infringers in Australia any time in the immediate future just got very remote.

Attorney-General George Brandis and Communications Minister Malcolm Turnbull will likely be looking closely at Perram’s decision today. The final step in the three-strikes code developed between ISPs and rights holders, which has yet to be finalised, would allow rights holders to go to court to obtain the details of customers alleged to have infringed and have ignored warning letters to cease their pirating ways.

Dare to download: Dallas Buyers Club case over for good

boo hoo for Voltage and their crack-team of lawyers.. give yourself a pat on the back for a perfectly executed PR disaster

Is this a case where an investor-state dispute settlement could apply?

Kudos to Justice Nye Perram.
Ring fencing the case was an elegant move,
but that $600K bond was pure genius.

I totally agree, Paddy. A dose of common sense (nothing wrong with claiming _actual_ damages/costs) and clever judicial work (the ring fence).

Good reporting/analysis from Josh Taylor, too. Too many reports are full of the IN YOUR FACE VOLTAGE!! type observations. Leave that to the comments section 🙂