Australia workers are in the middle of a wages freeze brought about by a flexible industrial relations system and a soft economy. But business still wants to deregulate IR, Bernard Keane and Glenn Dyer write. 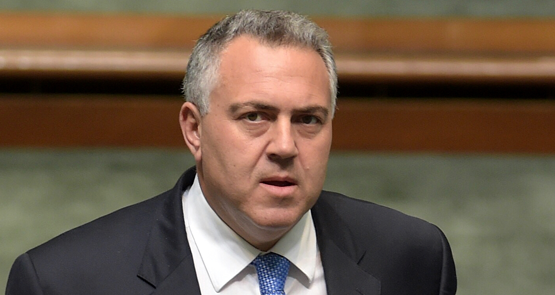 Joe Hockey has been understandably expressing concern about bracket creep for many months now. Well, we’ve got good news for the Treasurer: there aren’t many Australians in danger of being pushed into higher tax brackets any time soon. Wages are stagnant, at best, and going backwards in real terms. The Abbott government is — despite all the crap from the business lobby about industrial relations — presiding over what amounts to a wages freeze of historic proportions.

Yesterday, the Australian Bureau of Statistics reported that full-time adult average total earnings grew by 1.8% in trend terms in the year to May. All employee earnings — that is, including part-time workers — grew by 1.3% in trend terms. This followed Wednesday’s wage price index data from the bureau. The wage index rose 0.6% in the June quarter, for a yearly rise of 2.3%, seasonally adjusted. Private sector wages grew by 2.2% — the lowest rate of growth since the series started in 1998. At 0.6%, wages grew less than inflation in the June quarter, which was 0.7%. Australians, on average, had a real wage cut.

Headline inflation is running at 1.7%, depressed by weak oil and petrol prices (and about to go even lower this quarter, if the six year-plus low in US oil prices overnight is any guide). Underlying inflation is running at 2.25% at the moment, and while the Reserve Bank forecasts a rise in inflation in the next year, you have to wonder by how much — considering wages remain weak, demand remains weak and plenty of companies are finding it hard to pass on higher costs from the fall in the value of the currency.

While weak growth is an unexpected bonus in some respects — it may be helping produce the better-than-expected jobs growth at the moment — the Reserve Bank is also concerned about what happens to overall demand and household consumption if wages continue to stagnate. Consumers, it fears, will start running down their savings (at or near historic highs) to finance consumption. This at a time when house prices might be slowing as the housing booms in Sydney and Melbourne cool (we’ll hear more on this at lunchtime today from RBA assistant governor Christopher Kent, when he speaks on the labour market in Brisbane). This isn’t good news for sectors dependent on domestic consumption, like retailers. Nor is it good news for Hockey’s tax revenue. The budget forecasts 2.5% wages growth for last year and this year, so 2014-15 has come out well below forecast, which will feed directly into income tax revenue.

It’s also continuing evidence of what the Reserve Bank and the Productivity Commission say is the flexibility of the Fair Work Act industrial relations system, which allows wages to respond flexibly to changing labour market conditions and avoid stubbornly high wages growth undermining employment when economic conditions are soft.

You won’t, of course, hear that from the denialists of the Business Council. Chief denialist Jennifer Westacott last night attacked the Productivity Commission and declared the need for awards to be “stripped back to their core purpose”. Amusingly, the word “flexibility” didn’t appear once in her speech. Business groups used to be unable to shut up about the need for ever-greater “flexibility” in IR. Now that the system has been demonstrated to be flexible, it’s been abandoned in favour of simply getting rid of as many minimum protections and standards as possible — in order, she says, to deal with coming workplace disruption.

You see, regardless of circumstances, there’s always a justification for IR reform from the business lobby. When times are good and wages growth is strong, it’s needed because Australia is a “high-cost place to do business” and workers are taking advantage of tight labour market conditions to extract higher wages — something that apparently shouldn’t be allowed. When productivity growth is low, it’s needed to fix that. When conditions are soft, IR reform is needed to lift employment. What happens when labour productivity has been growing, and weaker wages growth is helping employment hold up despite soft economic growth? Suddenly we need IR reform to meet the challenge of technological disruption.

None of it, of course, has to do with business wanting to take the lazy option of screwing down wages and conditions to benefit their bottom line.

Wages have been constipated/stagnant for some time now and some people had noticed that hole in his hair-shirt costume some months ago.

Good report guys!
Your last sentence/para says it all!!

We are fed so much crap from the Business Council, they are never happy. They should try working night shifts or weekends and then they would have something to whinge about.
They seem to work nine to five for five days a week, where is the flexibility? I called them on Saturday and Sunday and there was no answer.