CEOs trump MPs for profligacy, but at least they’re not wasting our money

The Australian PM would only come in about 100 in a list of Australian CEOs if his perks were included with his salary. But CEOs are not funded by the taxpayer. Economist and freelance journalist Jason Murphy reports. 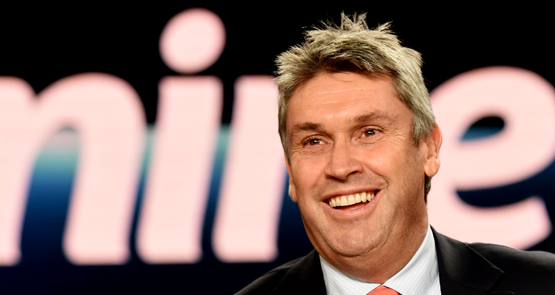 MP pay is outrageous, right? Not compared to the fat cats running Australia’s most profitable companies.

We need to keep MP pay in perspective. There’s a lot of them, so their costs add up, but they are not paid anything like the people occupying the CEO chairs of Australia’s public companies.

The Australian Financial Review does a big report on the top 300 CEO compensation packages each year. The best-paid CEO in 2014 was David Gyngell of Nine Entertainment, who pulled in $19.6 million in compensation.

There are no MPs being paid $869,000. Not even our PM. Tony Abbott gets about $507,000 in salary deposited into his personal bank account each year. That means the top CEO is paid about 39 times as much as the Prime Minister.

Of course, the PM is also given some serious perks in the form of access to the Lodge and Kirribilli House. Once you take those into account, the value provided to the PM is clearly more than a million a year. He might sneak into the top CEO list at around the 100 mark. The 100th best-paid CEO, David Harrison, runs real estate company Charter Hall, and was paid around $2.8 million in 2014.

But most MPs are paid the basic $195,000 a year. You could add their “entitlements” to their pay and get a bigger number. But the pollies (mostly) don’t pocket their entitlements.

Foreign Minister Julie Bishop, for example, would soar well over a million in pay plus entitlements. But it would make for a dud comparison, as Bishop travels extensively for work. Private companies also spend up big on their CEOs’ travel and offices but most of that doesn’t count as compensation. We have no way of seeing that expenditure.

So it’s worth remembering that no matter how flashy our MPs might seem, CEOs are splashing a lot more cash, and doing it with a lot less transparency.

We get to see how much our MPs spend on their offices, in cold hard detail. For example, Attorney-General George Brandis spent $129,000 on his within the last six months of 2014.

That makes a taxpayer red in the face. But would it make a CEO blush?

CEOs have corporate credit cards that get a work out. That doesn’t count as compensation. And in the United States, family members of the CEO travel on the company’s purse.

In Australia, finding out about such expenditure is very difficult. CEO compensation is disclosed in annual reports — things like salary, bonuses, shares and leave accrued — but the amounts spent on their offices are not. Travel bills are also buried deep in the expenses section of the whole company. Whole categories of perks are probably never publicly mentioned.

So is it fair to compare CEOs to MPs?

Each company has just one CEO. The Parliament has 150 MPs in the House of Representatives and 76 senators.

Some of them are like a chief executive of their electorate, working hard to represent around 100,000 people each. Others are like bad employees, clock-watching and adding very little value. But they all get paid the same.

Allowances and perks given to MPs add up. The total cost of running our MPs is half a billion a year. But one key difference is that CEO pay never sets a precedent in an organisation. It’s always a one-off cost that applies to just one person, so the case for thrift is harder to make. In a big organisation, even truly extravagant CEO pay is rarely material to the bottom line.

The reason both MP pay and CEO pay raise red flags is that the payments are not really market rates of pay. MPS get their pay set by their colleagues — other MPs. But so do CEOs. They have a remuneration committee stuffed with their mates to determine what counts as fair market reward.

CEOs get paid more, and with less oversight. So should we loosen the pressure on our MPs? Ultimately, no. The difference is that MPs are paid with our money. That gives us the right to demand value.

MPs get paid with our money. And where does the money that pays the CEOs of our supermarket duopoly, or of the big four banks, or our airlines come from? Surely from the large proportion of our income that goes towards groceries, mortgages and travel. So the difference is what?…. we have a choice whether to eat, whether to borrow money to buy our houses or to travel overseas by other means than flying? I don’t think so. The difference is that governments are supposed to be held accountable for how they spend our money, which is fair enough, whereas private companies are not because they’re in it for profit. Maybe that sounds like a good justification to capitalist fanboys, but not to me.

Incidentally I have a family member in the business world, well below the level of CEO, whose employer happily flies him home interstate each weekend if he’s working away, or alternatively flies their families to him and puts them up. Is that sort of thing really so uncommon?

I do love the word “compensation”. It suggests that the pay and perks is just offsetting – or compensating for – all the hard yakka, stress etc that the CEO/MP is putting in. Gyngell’s job must be sheer hell if it takes $19.6m to compensate him for doing it.

And those kids running amok in Qantas first class – their dad is probably a captain.

Yet these CEO’s bleat like hell at the idea of the workers getting a living wage, can’t handle competition and will trash ethics in the puruit of profit

In reality we, the taxpayers, are subsidising CEOs for their perks and especially their 1st class travel as it is a tax deduction, meaning that we mugs make up the difference.