The ABCs of Google’s name change

Why is Google now Alphabet? 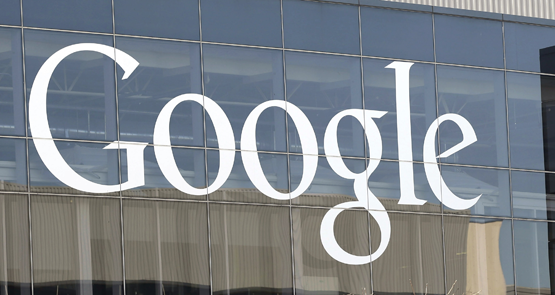 On Monday US-time, Google shocked the world in announcing it was Google no more and would henceforth be known as Alphabet. The logic behind it makes sense both from a business point of view, and from the company’s direction.

“Our company is operating well today, but we think we can make it cleaner and more accountable. So we are creating a new company, called Alphabet (http://abc.xyz),” Alphabet CEO Larry Page announced in a blog post on blogspot — where else — on Monday.

But what does the change mean? And do we have to alphabet-stalk our Tinder dates before meeting them now?

Firstly, Google still exists. The company just created a new holding company called Alphabet that will wholly own Google. Google co-founder Page is the CEO of Alphabet, while fellow co-founder Sergey Brin is the president. Eric Schmidt is the chairman.

The move allows Alphabet to pull out a number of projects and businesses out of Google that are miles away from the company’s core business of internet services. Google itself becomes a much smaller, or “slimmed down” company under this new arrangement.

As the company explained in its filing to the US Securities Exchange Commission on Monday, the “Google Business” will be home to the company’s search engine, ads business, maps, applications, YouTube and the Android operating system.

Essentially, the businesses that make Google all its money.

Outside of this, Google’s non-core businesses, such as its health service Calico, its home sensor business Nest, its fibre-to-the-premises project Fiber, its investment arms and incubator projects, and X Lab — where the company works on projects like drone delivery services, self-driving cars, and balloon-based internet — will be managed separately from Google, each with its own CEOs.

Google’s head of product, 43-year-old Sundar Pichai, will become the CEO of Google.

Google is arguing that the shift means Google itself can focus on its core business and revenues (i.e. all that money in advertising) while the more experimental businesses can break free of the Google brand and become their own thing. The move is likely more to please investors, who will welcome Google separating its money-making business from all its long-shot experiments (let’s not talk about Google Plus).

The move will also likely provide a bit more transparency over the financial performance of individual businesses within Alphabet, rather than just lumping it all in with Google, and Alphabet’s experimentation could get more funding than it otherwise would have when included in with the core advertising business.

What is not entirely clear at this point and quite likely had a major influence on Google’s decision to become Alphabet will be the regulatory — and importantly, the tax — treatment for the holding company. Google’s approach to taxation is increasingly in focus both in the United States and more recently in Australia, with Google reportedly negotiating a 10% tax rate on its profits in Singapore recently.

Treasurer Joe Hockey, like all of us, will no doubt be watching Alphabet closely over the coming months.

Tips and Murmurs: the light shines in South Africa … heat turned up on unis

Its first scandal will be headed “Alphabet Soup” lol