Seven’s cats the kings of the jungle, but ratings roar claws its reputation to shreds

Yes, people want to watch dumb cat videos. But once they realise they can watch them on the internet, Seven's not going to be building its network reputation on the gambit, write Glenn Dyer and Myriam Robin> 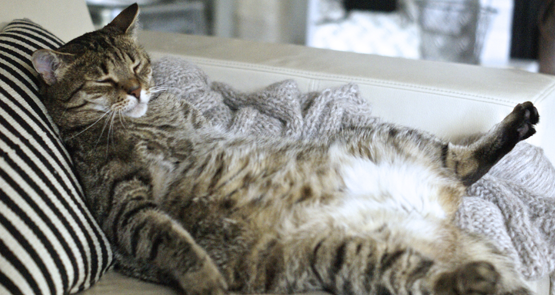 Cats Make You Laugh Out Loud, Seven’s new show to replace the flopperoo known as Restaurant Revolution, smashed the opposition last night, with 1.57 million national viewers and the most watched show across the country. It grabbed 917,000 metro viewers and 650,000 in the regions. It was the sixth-most watched show in the metropolitan markets and came first in regional Australia. In this instance, perhaps Seven has the government’s delayed rollout of fast internet to thank — slow internet in much of country Australia means cat videos are in relatively shorter supply there.

For Seven, it’s a solid win, both against its rivals and its own recent performance — the time slot only secured half that number of metro viewers last week. Even in the metros, cat videos out-rated Ten’s Spelling Bee, on its second episode this week, and Nine’s Hotplate.

Nine and Ten are now off to their archives and the net for their own pussy, puppy and other pet vids (Budgies that Bark?). Of course, Nine has the Funniest Home Videos archives to mine for its knock-off effort. No doubt producers were dispatched this morning with laptops and scissors to assemble a new series. Seven is buckling down on its success, announcing that next week it’ll be airing Dogs Make You Laugh Out Loud in the same timeslot. Yea, we don’t think that one needs any explanation.

The best thing about Seven’s Cats was that it was cheap, and in today’s financially constrained free to air TV environment in this country, that’s good TV from a network manager’s point of view (and year-end bonus). But it’s clickbait TV — cheap, repackaged content that’ll draw an audience without securing devotion. Programs like Embarrassing Bodies (on Nine last night) are already in the same genre, as are programs about sex, body parts and disfigurements. The Cats effort last night on Seven was merely the G-rated version. It’s not exactly a solid foundation of must-see content on which to build a network, even if it does rate better than another cooking show.

Seven’s cat success won’t make up for the financial losses on Restaurant Revolution. Still, Nine will be kicking itself its spent millions on Hotplate when all it had to do was repurpose vids already in the vaults. Go figure.

A bit of pussy never hurt anyone, and makes a lot of people happy.

This really is the moment that marks the end of free to air broadcast TV, notwithstanding the one-off ratings boost. Continuing down this road will yield an identikit mush of clickbait crap. Meanwhile, people are happily paying Netflix et al for decent quality content.