Conservatives have been gunning for the BBC a lot longer than they have the ABC, yet the British public broadcaster retains its balls while the ABC is terrified of offending anyone. 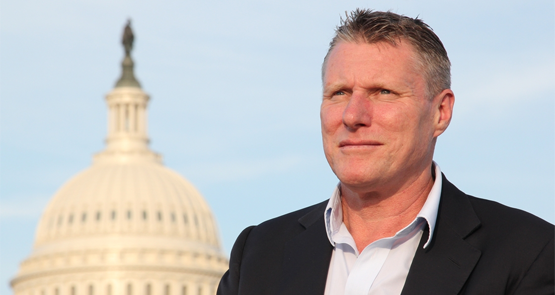 Another ABC review, another attack on the legitimacy of the public broadcaster. The attack is not inherent in the findings of the review itself, which was conducted by former Sunday Age editor (and News Corp executive) Steve Harris.Notwithstanding some vague concerns about panel shows like Q&A and The Drum (naturally seized upon in the Oz today), Harris found only two concrete “unsatisfactory” breaches in 54 cases analysed, and both of them are pretty lame — two radio interviews where the interviewer might have appeared too partisan.

The attack is inherent in having such a review at all, rather than relying on standard internal ABC processes. The aim is to portray the ABC as an exceptional institution, inherently unAustralian, which must always be watched by an outside authority, or special prosecutor, etc. Even when 52 of 54 cited cases are found to be fine, the two that aren’t give the illusion of an out-of-control organisation.

And the two cited instances are piss weak. ABC radio presenter Geoff Hutchison “veered off a neutral script” to pose questions to a vice-chancellor, which came from a pro-public education perspective. Big deal. Michael Brissenden at AM is slapped down for interviewing Senator Eric Abetz in a way that constructed a “crisis narrative”. A crisis narrative around the Abbott government? Imagine that. This successive imposition, not of neutrality but of blandness, is deliberate — to create a new set of standards that make it impossible to interrogate politicians and other powerful figures.

Compare and contrast how it’s done at the BBC, which has had as concerted a campaign against it over recent decades. Highlights of its now-retired star presenter Jeremy Paxman alone would have the ABC in meltdown. Here’s Paxo asking Major government minister Michael Howard the same question 14 times in a row: 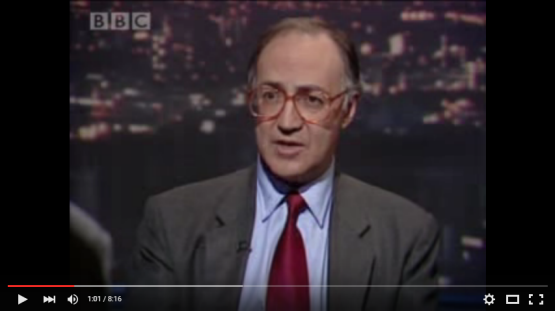 And just in case you think that was a one-off, here he is doing the same thing to opposition shadow foreign secretary William Hague in 2009 (at a time when everyone knew the Tories would be in government by 2010). 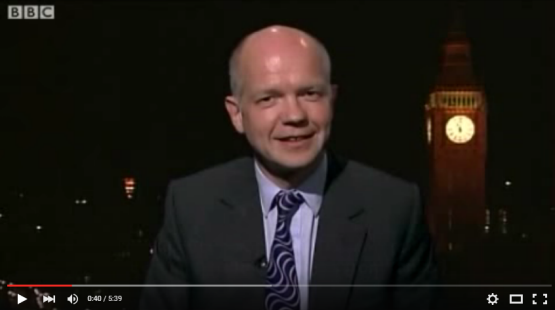 And here he is in 2012, showing no mercy to junior Cameron minister Chloe Smith, woefully underprepared. The interview proper starts 6.15. Warning: it is excruciating. 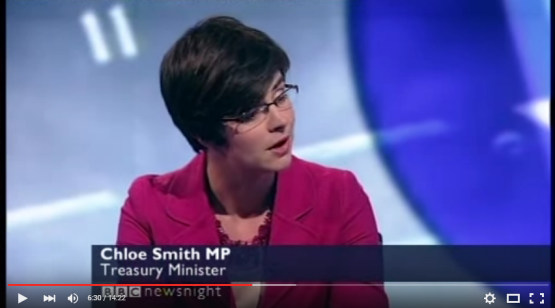 What’s noticeable in the last piece is not only the combativeness of the interview and the full repertoire Paxman uses — scorn, sarcasm, ridicule — to get at the truth. It’s also that he’s free to make a case in the intro and remark openly that the issue in question looks like the Cameron government’s “omnishambles part six … or part seven”.

Why aren’t we allowed to have nice things like this? Because defenders of the ABC in the corridors of power have accepted a reduced standard of forensic interrogation, in order to appease Coalition (and sometimes Labor) governments. The question must be asked: why isn’t the ABC’s on-air talent leading the fight from the front? Emma Alberici, Virginia Trioli, Michael Rowland, Tony Jones, Leigh Sales. They have enormous power. Why aren’t they doing more with it, not only to defend but extend the capacity of interviewers to be forensic — to be able to ask, as Paxo does of poor Chloe Smith, “Do you ever wonder if you’re incompetent?”.

Paxman is the like the bar at a Middle Eastern airport…window dressing.

The BBC clearly filters those topics that its not allowed to discuss e.g. 9/11, Israel, the complete demise of democracy in the US, that WW2 historical event which underpins the atrocities against Palestinians, the illegality of the current Libyan disaster, Blair’s role in the Iraq disaster – just visit the UK Media Lens website and enter BBC in their search engine. The UK Guardian – supposed bastion of liberal values – has an identical editorial stance.

The delusion that the western MSM is independent has been smashed by the strongly evidenced revelations emerging from the net over the past 15 years or so. The view that Emma Alberici, Virginia Trioli, Michael Rowland, Tony Jones, Leigh Sales etc are leading journalists is tosh…they’re media shills who know that if they offend the US State Department and /or AIPAC, their careers are over. The only Aussie journo who asks the tough real life question – Sarah Ferguson – is not on air much these days…..I wonder why?

Finally, if you want to see a real journalist in action – tune in to RT’s Oksana Boyko, who actually covers both sides of an issue.

Guy, since the ABC has neutered political analysis in much the same way Crikey has, I love the irony of you lecturing anyone else on neutering anything.

Jeremy Poxman on both Parliament and Senate houses!

The trouble with Brissenden’s interview was that he actually presented Erica an opportunity to show that his IQ, contrary to popular belief, cracked the tonne. Fail.

When are we going to get to audit Limited News re their compliance to their own PCP?