Raising capital is not a cheap exercise, as Commonwealth Bank has shown. 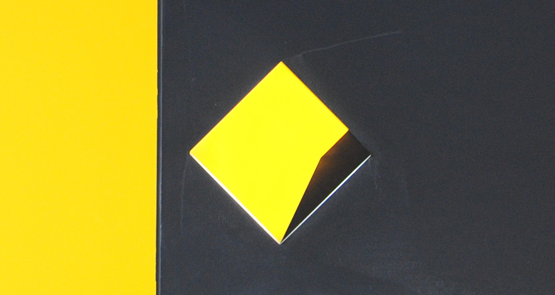 Just before 8.30am this morning, the Commonwealth Bank unloaded 11 separate ASX announcements and 469 pages of information about its annual results and much-anticipated capital raising.

Unlike ANZ, CommBank today followed the lead of NAB and unveiled a $5 billion renounceable rights issue, which treats all shareholders equally.

The 1-for-23 offer at $71.50 is fully under-written by UBS and Morgan Stanley, which will receive a fee of 1.35% or $67.5 million. This is money for jam for the world’s most expensive telemarketers.

The capital raising is fair because it is structured as a PAITREO (Pro-rata accelerated institutional tradeable retail entitlement offer) which is fair and provides best protection for retail investors.

However, was it really necessary? Because Australia’s biggest listed company has today embarked on an unprecedented capital churning merry-go-round.

The final fully franked dividend has been increased by 2% to $2.22. This means the average investor will have $4515 transferred into his or her nominated bank account on October 1, when CBA will deluge a total of $3.61 billion in dividends on its owners.

This is the biggest single-day dividend payout in Australian history, but why would you do that if you need to raise $5 billion of new capital from these same 800,000 investors?

The capital raising is divided into two categories. Institutions and “sophisticated investors” can participate in this week’s accelerated component, which closes tomorrow and is expected to raise more than $2 billion.

Institutional non-participants — and that will probably amount to shares worth around $100 million — will be compensated in a bookbuild for their rights to be conducted on Friday. CBA shares have been suspended until Monday next week.

One of the problems of combining an accelerated offer with a profit announcement is that “sophisticated investors” have to make their investment decisions with indecent haste and without the benefit of seeing the market reaction. Why the rush?

The typical retail shareholder with those 2034 shares has a more orderly experience. They will be offered 88 new shares at $71.50 for a total new investment of $6292. This is only $1777 less than the dividend payment that will arrive on October 1.

However, retail investors are being given two options to renounce their entitlement for compensation. On-market trading in the “rights” will start next Monday morning and run through until September 1.

The retail offer is open for acceptances from August 24 until September 8. For participants, the logical play is to wait until the last day, given the time value of money and the risk that the market price could fall below the $71.50 offer price.

Based on previous PAITREO offers, up to 200,000 retail shareholders will choose to sell their entitlement on-market, where institutions will be the main buyers. This will reduce the overall percentage of CBA owned by retail investors.

The level of retail take-up of the new shares will depend on the size of the discount. Unlike the institutions, retail investors will get the benefit of watching the market price fluctuate before making their decision.

This “do nothing” category is typically the majority of shareholders in a pro-rata offer and they will be compensated in the retail bookbuild to be conducted on September 14, which is likely to push $1 billion.

NAB’s very similar capital raising raised $900 million in the retail bookbuild. Of this, about $88 million went to non-participating retail investors as compensation for their rights.

And this is what makes it fair. Non-participating retail investors are the biggest losers in Australia’s anything-goes capital-raising system.

However, both NAB and now CBA are to be commended for giving their small shareholders two different exits if they choose not to buy the new shares.

You can ride the ups and downs of the market, or wait for the big lumpy clearance sale at the end.

Raising capital is not a cheap exercise. Indeed, Macquarie Group chairman Kevin McCann defended its non-underwritten institutional placement at the recent AGM by claiming it would have been too expensive to do 1-for-23 pro-rata offer, just like CBA has unveiled.

There is quite a bit of value leakage from the CBA exercise through those $67.5 million in under-writing fees. The tax treatment of compensation payments for non-participants is also not very attractive for investors and it is hardly sustainable to print and mail about 30 million pages of material to shareholders when this could have been avoided.

What we’ll never know is how the market would have responded if CBA had today said: We are taking a one-off dividend holiday to strengthen our capital position by $3.61 billion.

After all, the Abbott government’s regulatory change of lifting capital adequacy requirements for home loans from 16% to 25% from July 1 next year was only estimated to require an additional $4 billion in capital.

Instead, we get an expensive and cumbersome capital merry go-around that wasn’t really necessary. But at least it was fair.

*Stephen Mayne owns 6 CBA shares and presumably won’t be offered any stock in the 1-for-23 entitlement offer.

Mayne: Big Four banks pay shareholders $20b a year, then ask for it back