Repent, ye sinners: world about to end in a hellish blaze of carbon tax fury

And Bill Shorten, who deceived them, was thrown into the lake of burning sulfur, where the carbon tax and wind farms had been thrown. They will be tormented forever, writes economist and prophet Tom Westland. 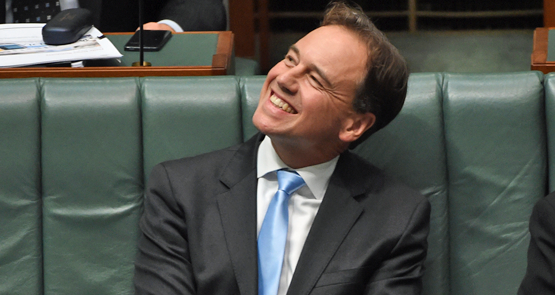 It turns out they got the calculations a little wrong.

Four years or so ago, we went through what Australia’s fanatical centrists usually insist on calling a national conversation about carbon abatement policy. National conversations, for some reason, always seem to consist mainly of an extra 500-word allowance on top of Paul Kelly’s weekend column — that, and comically bad reporting from The Daily Telegraph.

Anyway, four years ago, there were going to be 3 million families suffering under the carbon tax. It was going to cripple us, leaving Australia with “no one to trade with“. It was a tax that would “destroy the very foundations of the economy“, “the single most destructive thing” any government in our history had ever done.

And it came into being in 2012 — the very year the Mayans had warned of!

The tax was introduced and … alas, the world continued, stubbornly, to turn. The Australian economy continued to grow. Did our prophets renounce their faith and explain their errors to their followers? They did not so renounce. No, you see, they had made a small, regrettable error in their reckoning. Someone had forgotten to carry the one, or something, and instead of the world ending in 2012, we just have to wait until 2030. That’s when the four horsemen are scheduled in.

The Daily Telegraph received new confirmation of the apocalypse yesterday via the infallible medium of Greg Hunt’s office, which supplied details of economic modelling undertaken for the previous government regarding “medium”, “low” and “high” carbon prices and their economic impact. Let us, too, examine what the signs portend. Here is how you will recognise the end of days. 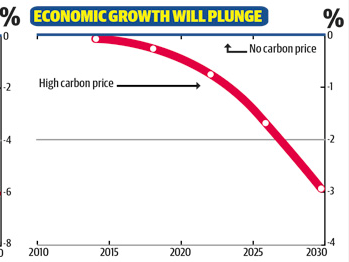 I am a trained economist, and I initially had no idea what this graph means, but I have studied up on denialist iconography and I shall attempt to expose its secrets for you.

What the graph is seeming to want to tell you is that the economy will shrink by 3% in 2030. What the graph is actually trying to tell you is that with a high carbon price, the economy will be 3% smaller in 2030 than it would be in the absence of the carbon price. (Economic growth refers to the change in one year’s output compared to the previous year’s output. It does not refer to the level of output itself, but why let that stop us? The end of days cometh, and our wrathful god hath no need for terminological exactitude.)

I have attempted to translate the Tele’s mysterious symbols into normal human ones for you. Here is the growth rate of GDP with a high carbon price, and without any carbon price at all: 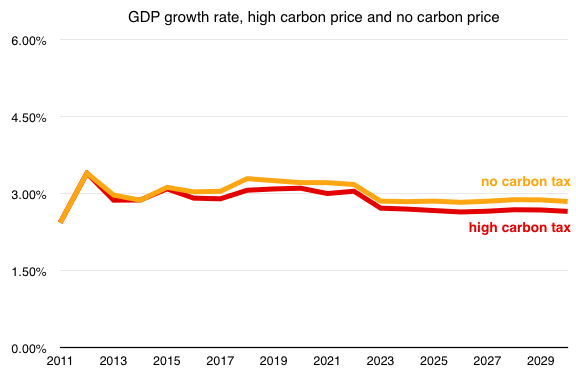 Let him that hath understanding count the number of the beast: for it is the number of a man; and his number is Six hundred threescore and six.

Assuming you know what GNI means (gross national income), this certainly sounds apocalyptic. I don’t know if I could find $4900 down the back of my couch. How has this number been devised? The Telegraph have added together, for each year between now and 2030, the difference between GNI per capita with a high carbon tax in the modelling and GNI per capita without a carbon tax. It’s a bill spread over 15 years, in other words.

Now, the Tele has used nominal GNI, which means unadjusted for inflation. I’ve decided to translate this into actual meaningful numbers by using real GNI. Let’s assume I’m the average Australian, with an average share of real gross national income from now to 2030. What will this cumulative $4900 look like to my pile of money? 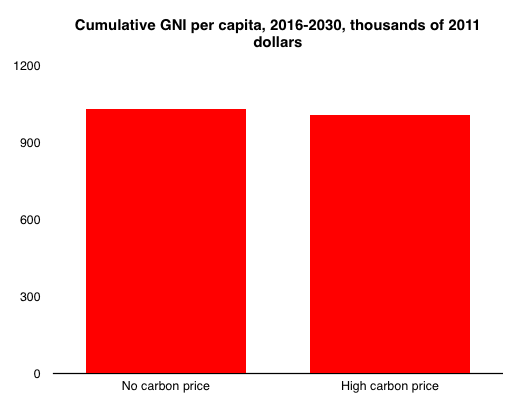 Behold, he cometh with clouds; and every eye shall see him, and they also which pierced him: and all kindreds of the Earth shall wail because of him. 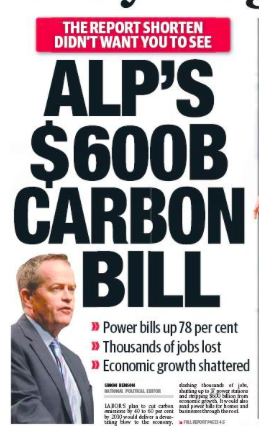 Or, if you read the actual article, $455 billion. Close enough. What does a “$600 billion bill” mean? Well, if you look at Treasury’s GDP figures, and if, as we did with GNI, we add up all the differences over 15 years between GDP with a high carbon price and GDP without a carbon price, we get something like $455 billion. (The $600 billion is uncorrected for inflation, and, hence, meaningless.) This is what that bill looks like compared to the total cumulative GDP between 2016 and 2030: 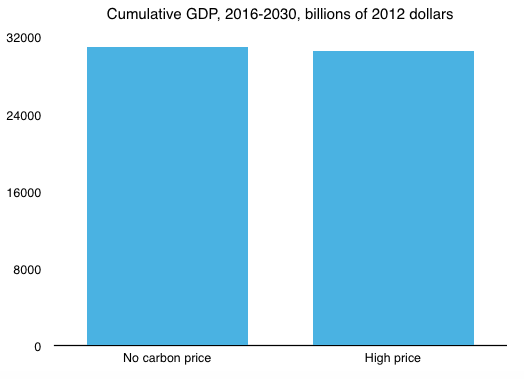 Repent ye: for the kingdom of heaven is at hand.

*This article was originally published at the author’s blog Apocalypse of Thomas.

Do we not have an Australian Press Council who should be leaping on these liars?

That’s just frightening that a newspaper can get away with that sort of reporting, I mean propaganda, I mean lies, I mean government sponsored misinformation to the citizens of the state, I mean.

God knows, I don’t know how to adequately describe that.

They are in such a hole that the sort of fearmongering seen yesterday (I can’t believe the Tele still has an audience) is the only way the Coalition can win the election. Its up to the good journos/economists out there to call it for what it is – trash.

There’s a medium in Hunt’s office? That explains a lot.