Foxtel is coming up with a list of websites, such as The Pirate Bay, that it wants ISPs to block. Of course, you can still get round the block with a VPN ... 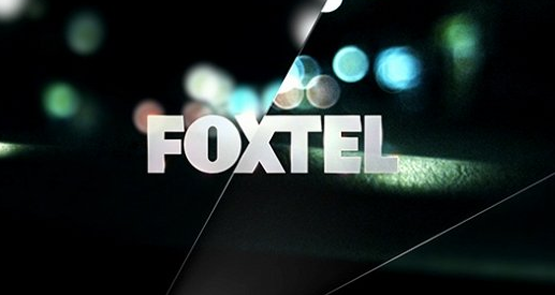 Foxtel is working with internet service providers and looking to get a list of websites blocked overseas ahead of its planned first test case of the government’s new site-blocking law.

The law, passed at the end of June just before the winter parliamentary recess, will allow rights holders to get a court order from the Federal Court to force Australian internet service providers to block overseas-based sites — like Pirate Bay, EZTV, or Kickass Torrents — that provide access to infringing copies of TV shows, music and films.

Although the government rushed the legislation through Parliament in a matter of weeks and passed it into law before the winter break, no rights holder has yet filed a case in the court.

Last week the ABC reported that Foxtel was preparing for what could likely be the first test case for the new legislation, but the company had yet to put a date on when it would turn up to court.

Foxtel group director of corporate affairs Bruce Meagher told Crikey that the cable television operator had since been in direct discussions with the representative group for telecommunications companies — the Communications Alliance — to work out the best way to get the case to court.

“To the greatest extent possible we’d like to minimise the issues between the parties,” Meagher said. “It takes a bit of time to get cases together, but rest assured the wheels are turning.”

It is fairly common before cases head to court that both sides settle on what they agree upon, and let the court sort out the rest.

Meagher says Foxtel will be establishing with the ISPs the sites the company wants blocked, and that the list will likely be based on sites that have been blocked overseas.

The orders will require ISPs to block websites, but will not prevent users from accessing the sites using services such as virtual private networks (VPNs) to bypass the blocks. The explanatory memorandum for the legislation also explicitly points out that the legislation is not designed to block VPNs.

In the United Kingdom, where a similar scheme is already in place for the five largest ISPs, some of those ISPs have begun publishing lists of the sites they have been forced to block. TalkTalk’s list reveals most of the major sites including The Pirate Bay, Kickass Torrents, EZTV and various mirrors to those sites have been blocked.

The UK scheme was much easier to implement than Australia’s will be, however, because the UK already had an opt-out adult-content internet filtering in place — something the Coalition briefly, quietly announced as policy two days out from the 2013 election but dropped in a matter of hours when the party realised it was deeply unpopular. This filter can be adapted to also block piracy sites.

In Australia, some sites — such as child abuse websites — are blocked by ISPs, but this is done on a case-by-case basis. The first court case to block copyright-infringing websites will likely set the standard for the technical method by which websites are blocked by the ISPs. ISPs want some certainty and consistency over how websites should be blocked; otherwise there is the possibility of sites being blocked in error.

This happened in 2013 when a request from the Australian Securities and Investments Commission to block websites associated with financial fraud accidentally resulted in thousands of websites being blocked along with them, including Melbourne Free University. ASIC revealed during a Senate inquiry into the matter that it did not understand that blocking one IP address could potentially affect more than one website.

To achieve site blocking in the best way possible for both the ISPs and the rights holders, Foxtel is working with the ISPs on the form the court orders would take, including whether they would specify how the sites should be blocked by ISPs.

“I assume that discussion with the ISPs would focus on the form of the orders, including whether the orders need to specify a method of blocking. I’m not sure if it might be different for different ISPs,” Meagher said.

“Obviously if we couldn’t agree on any matters we’d ask the judge to make a ruling.”

Matters could be complicated by the fact that Foxtel is half-owned by Telstra. It is unclear whether Telstra, Australia’s largest internet service provider, would be a party to the case, but it is expected Telstra would be required to block websites under any court order. Telstra had not responded to a request for comment by deadline.

Foxtel also recently became an internet service provider itself, selling internet alongside its pay TV products, but while the company is going to be the first to take other ISPs to court, Foxtel itself will not be blocking any of the websites it wants other ISPs to block until ordered to do so by the court.

Australian TV and film production company Cordell Jigsaw Zapruder (CJZ) told Mumbrella just after the passage of the legislation it would be lining up at the front doors of the court to get websites blocked, but it, too, has yet to file a case.

CJZ managing director Nick Murray told Crikey that getting a case to court was expensive (there is a filing fee of $3650 alone), and CJZ was considering its options.

“We are looking at ways to finance the case. We are aware of an illegal site that has 16 of our shows on it. Once lawyers and our management have time to understand the process, we will take the next step which may be litigation, but we would prefer a course of action that didn’t involve the courts, as this discriminates against local producers with limited resources,” he said in a statement.

A spokesperson for Attorney-General George Brandis insisted the legislation was not rushed and was subject to “normal parliamentary scrutiny process” despite the senate committee having just weeks to consider the Bill.

“The new website-blocking legislation is part of a package of measures to protect Australia’s creative industries against piracy,” the spokesperson said.

“Creative industries are worth an estimated 6.6 per cent of GDP and employ around 900,000 Australians. A recent study has shown that 43% of Australians who had consumed digital content in the period surveyed had consumed at least one of those files illegally.”

That 900,000 employment figure is derived from a 2012 study conducted on behalf of copyright holders that included people involved in distribution and sales, meaning it would include newsagency staff, people who work in galleries, and a wide variety of peripheral industries that have little to do with content creation themselves, and would not benefit from the site-blocking law.

The Great Firewall of China drove many young people to develop sophisticated hacking skills that then were available for industrial and military espionage – to the regret of the USA.

I’m amazed Abbott has allowed the internet to exist in Australia while he is captain.

Oh, except for huge multinationals. Go for it guys!

“Creative industries are worth an estimated 6.6 per cent of GDP and employ around 900,000 Australians.”

Well, in that case, maybe it would be good policy to support the growth of such industries (in view of mining’s decline) further through the construction of world-class FTTP broadband network that supports symmetric upload and download speeds…

Fox News in the US recently took out its own live streaming site with its blunderbuss approach to copyright.

No doubt Foxtel will score own goals as well ably assisted by the Luddite Neanderthal Party.