With the government politically paralysed, it has to rely on reannouncing the same vague reform commitments to pretend it has an economic agenda. As Tony Abbott’s political recovery stalls and goes into reverse, his government is moving in ever-decreasing circles in an attempt to break out of a vicious spiral of political dysfunction and policy paralysis.

Today Treasurer Joe Hockey sought to try to create the impression of policy movement on tax reform (again) with an op-ed in the in-house journal, the tenor of which was that the government was keen to reduce the personal income tax burden. “We must aim to reduce the overall tax burden on the community and work to promote stronger economic growth,” opined Hockey, emphasising the need to address bracket creep, although he didn’t explain by how much he wanted to reduce the overall tax burden, or what spending would be cut, or other taxes raised, or tax concessions reduced, to fund the reduction. Nonetheless, it provided the basis for a front-page headline about Hockey “setting a reform agenda for the next election”.

Trouble is, we’ve heard it all before from Hockey. Hockey was flagging the need to address bracket creep back in January — again with no details. He had another go at bracket creep in March. His tax reform discussion paper was the subject of a Daily Telegraph rave at the end of March about how the need for income tax cuts would “increase pressure on the Senate to pass cuts in government spending”. Last month when Hockey’s effort to reignite the tax debate lasted about eight hours, he again spoke about bracket creep and the need to “address Labor’s legacy of higher taxes on Australian families” and plans to take a “sweeping package of tax cuts to the next election“.

And bear in mind that Hockey wants to cut company taxes as well as income tax, reflecting Treasury’s decision to in effect surrender to large multinationals gaming our laws to avoid their Australian tax obligations.

But all that’s happened during the period in which Hockey has regularly announced and reannounced a nebulous pledge to reduce the tax burden is that the budget deficit has more than doubled compared to 2014-15, the government has ruled out any effort to curb the burgeoning and grossly disproportionate level of superannuation tax concessions and declared GST reform off-limits without political unanimity, except for extending it to online purchases in order to protect Australian retailers. We’re thus further away than ever from any tax cuts. Bracket creep is the only reason why the budget will (eventually) return to surplus, provided the economy grows at the forecast rate (one higher than most economists expect in coming years).

As for Labor’s “legacy of higher taxes”, Hockey won’t even come close to Labor’s low tax:GDP ratio; if he really wants to “reduce the overall tax burden on the community”, he should have a beer with Wayne Swan and ask for his advice. Hockey does actually have another economic narrative to use, but it’s too inconvenient. Both the 2014 and 2015 budgets were, deliberately, expansionary budgets, pumping $35 billion to $40 billion each year into the economy to support growth and employment (2015 is “mildly contractionary” but only compared to 2014, with a $35 billion deficit compared to the $41 billion 2014 deficit). Macroeconomically, this has turned out to be the right call by Hockey and Treasury — unemployment appears to have stabilised at a level lower than forecast, and the weak growth of the second half of 2014 appears to have improved in the first half of 2015. While much of this is down to the housing construction surge encouraged by low interest rates, and a lot of the debilitating damage to confidence was inflicted by the government itself, the tens of billions of deficit spending Hockey has been pumping into the economy has also played an important role, especially with state governments cutting spending.

Hockey and the rest of the government, however, don’t want to talk about the budget; the entire issue of the deficit is off-limits, and a connection between economic growth and deficit spending another painful step beyond that, especially for the alleged party of small government. Like the failed relationship that permanently ruins a song or band for you because it’s a painful reminder of a broken heart, the government’s abandonment of its love affair with fiscal rigour means “debt” and “deficit” must never be mentioned again — a lot like Labor couldn’t mention its handling of the financial crisis in 2010 because it was a reminder of the removal of Kevin Rudd.

So at the moment, regularly reannouncing the same vague promise of tax cuts in the distant future, is, along with the government’s increasingly unpopular faith in preferential trade agreements, the only economic narrative the government has got. Actual proposals for tax reform that might generate criticism — indeed, even proposals that are almost universally supported, like super tax concession cuts — are anathema. Responses to major reviews like the Murray financial services inquiry and the Harper competition review are mired within the government. Issues like federation reform are forgotten altogether.

The country is in a policy holding pattern, endlessly circling until Tony Abbott (and, presumably, Hockey) is removed and a new team — some combination of Turnbull, Morrison and Bishop — move in to kickstart the process of government and, most likely, the Coalition’s chances of surviving beyond a single term. Every week we wait is another lost opportunity for economic reform. 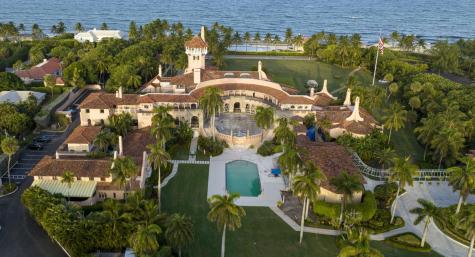 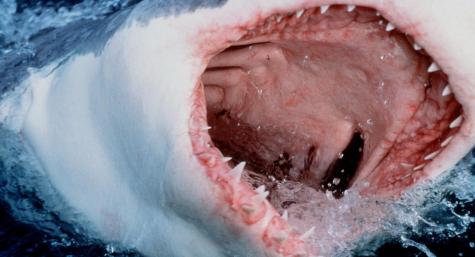 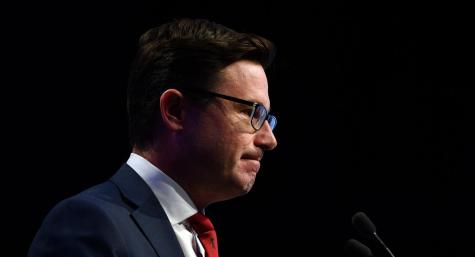 To my mind, Hockey has no credibility anymore – seems incapable of actually doing anything. Also, how can I take economic advice from a man who uses taxpayers money to pay off his Canberra house?

While watching TV last night and hearing ads about ‘the unmissable Bachelor’, and various marketing lies heaped on lies, my bullsh#& meter blew up.

I just can’t stand the cant anymore. High taxing government claims to be low taxing, debt and deficit that would cripple Australia 2 years ago now not worth mentioning. Tax cuts (personal and company) preferred option, with no idea how to cut the deficit. Companies and individuals making a mockery of the tax system with superannuation benefits, multi-national tax avoidance, negative gearing for no social benefit, diesel and fossil fuel subsidies hidden in every corner of the tax act and the PM on a warpath with anything remotely renewable (or sensible)

the age of entitlement isn’t over, it has just gone into top gear.

How about the discussion about what priorities the Australian people have for our tax dollar, maybe a functional health system, NDIS, fair superannuation benefits, a quality and universal education system and school age and tertiary levels, carbon abatement!!!!

Is it so hard?

I can’t see how ‘Morrison, Turnbull & Bishop’ will be any better.

Morrison’s Child care package from the 2015 Budget, anecdotally, is supposed to be diabolically difficult for families to navigate their way through successfully.

Turnbull’s Fraudband Broadband Network is not what he is cracking it up to be either and NBN Co has become a completely unresponsive unit so I hear, with all the secrecy provisions around exactly what is happening to the rollout that Scott ‘Secret Squirrel’ Morrison placed around Operation Sovereign Border Farce.

Then there’s Julie Bishop. Our spokesmodel Foreign Minister who set up a motion for a tribunal to investigate MH370 the other week which was destined to fail due to an all too obvious veto headed her way from Russia. Not to mention her failed attempt at Shadow Treasurer.

And this is Bernard’s Coalition A Team he can’t wait to takeover the show from Abbott & Hockey? Hmmm.

I think Dogs Breakfast said it better than me….

“As Tony Abbott’s political recovery stalls and goes into reverse, his government is moving in ever-decreasing circles”
and eventually they all disappear up their fundamentals, sounds like a win to me