MH370 debris search chokes on a pile of misinformation

Malaysia's Transportation Minister has declared more debris has been found from MH370. But until it is confirmed, making announcements like that do far more harm than good. 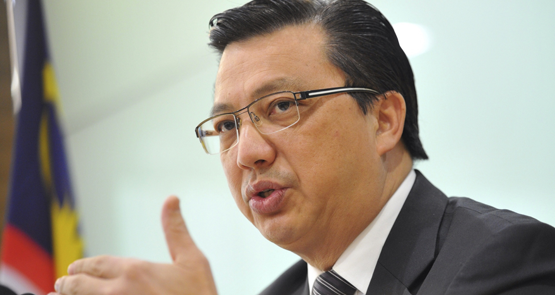 The search for MH370 wreckage on La Reunion island this morning is a mess, at least in terms of official statements.

The search itself is reported as orderly and thorough, with plans to begin a much better-resourced beach-combing operation on Monday.

But at the executive level, Malaysian Transport Minister Liow Tiong Lai hasn’t yet produced the goods. There is puzzlement from French authorities over his claims that parts of plane windows, seat cushions and aluminium foil have been found on the Indian Ocean island more than 4000 kilometres from the seabed priority search areas well to the south-west of Perth.

In the most recent reports Liow says he knows that the debris is from a plane, but can’t confirm which one.

That hasn’t stopped speculation as to whether those parts, not yet produced, are from the missing Malaysia Airlines Boeing 777-200ER, which disappeared with 239 people on board on March 8 last year.

This imprecision in public utterances is getting quite obscene very quickly, and it is terribly distressing for the next of kin.

The appropriate course of action might be to use the aviation laboratory in Toulouse, where debris is being sent, as the gatekeeper for determining what is or isn’t from the missing Boeing 777.  So far, only a fragment of a suitcase and the flaperon that came off the right wing of the jet (confirmed to be from MH370 with 99.999% certainty) has been checked in at the Toulouse facility.

Liow may well be completely correct in his first reported statements about the window parts and seat cushions. If they did come from MH370 they would be incredibly important, given the brute force that would be needed to destroy a 777 cabin window frame in what is a critical area for stress management in the design of the pressure vessel that constitutes an airliner fuselage.

If water blasted into MH370, it would remove cushions from seats and tear the insulation material out of the side walls. These are the terrible realities of high-energy impacts with water. Or if the jet was ditched under pilot control, the fuselage may well have remained intact until the emergency exits and doors were opened.

The speculation will go on and on and on. But apart from the flaperon, damaged on its trailing edge and surprisingly unbent on its leading edge, there is nothing material yet to speculate about, apart from parts of the media, and perhaps even politicians, making spectacles of themselves.