The Australian versions of the online news sites the Daily Mail and The Huffington Post look set to join the Press Council.

Daily Mail Australia is set to become a member of the Australian Press Council, with members due to vote on its inclusion into the press complaints body at their next meeting.

Also expected to join at that point is the yet-to-be-launched Huffington Post Australia. The inclusion of both websites is significant because they are the first of a wave of foreign-owned websites that have expanded into Australia in recent years to join the Press Council.

Having more foreign-owned publishers join the Press Council had been one of the key priorities of former Press Council chair Julian Disney. His other target had been The Guardian Australia, which, along with the Daily Mail, is one of the top 10 most-visited news websites in Australia. The Guardian Australia declined to join the Press Council, convinced its own internal ombudsman was the best way to deal with complaints, new chair David Weisbrot told the Melbourne Press Club yesterday. “I think there are some issues there — we would like to bring them in,” he said, noting that he’d been unable to find the link to complain about coverage on The Guardian‘s website.

BuzzFeed Australia has also expressed interest in joining, Weisbrot says. He also flagged an intention to approach publishers like AFL Media, with whom he has a meeting today, and the “journalistic” websites of major banks — presumably ANZ’s BlueNotes.

Weisbrot, who began his role in March, has flagged that he would like to see the Press Council take on a greater role in advocating for press freedom in Australia. Asked whether this would include pushing for a change to the controversial 18c provisions of the Racial Discrimination Act — which columnist Andrew Bolt was found to have breached in 2011 — Weisbrot, a former head of the Law Reform Commission, said he could see an argument for tightening up the provisions.

Noting that freedom of speech always had limits, Weisbrot said the crucial issue was not whether someone had a “right to be a bigot”, as Attorney-General George Brandis has characterised it. “The issue is where you draw the balance. I’ve always thought 18c drew it slightly too low. It just needs an adjective like ‘seriously’ before offend, just to raise it up one notch, then it would meet the international standard.” He said many countries like Australia had racial discrimination provisions around free speech.

Taking aim at critics of the Press Council who believed it to be a “toothless tiger”, Weisbrot said that was far from his view. Maybe, he said, it was more of “a terrifyingly tenacious terrier”. “We might not kill you, but we can deliver a serious nip around the ankles that you won’t soon forget!”

The public’s trust in the council, he added, was borne out by the rise in the number of complaints in recent years. 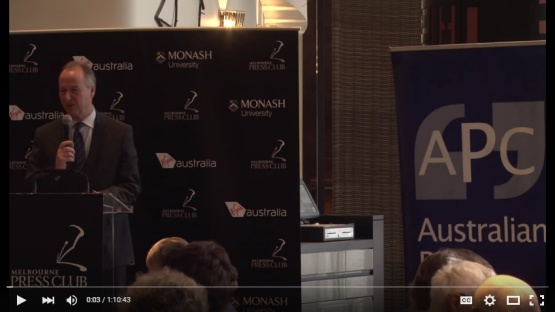 Daily Mail tops list of most prolific journalists thanks to ‘churnalism’

Look I know Weisbrot has to spruik his corner.
But seriously, this is really taking the piss.