Who’s curtailing your freedom, according to Brandis’ review? Brandis himself

George Brandis commissioned a report into whether Commonwealth legislation impacted on individual freedom. Bad luck, George -- the biggest affronts to freedom are your own laws. 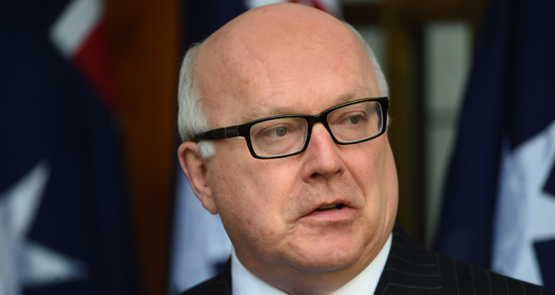 An Australian Law Reform Commission (ALRC) inquiry into freedoms commissioned by freedom-loving Attorney-General George Brandis has not been the vindication he had hoped for. In fact, it found that Brandis’ tranches of national security legislation passed in the past 18 months are impacting on the freedoms he values so dearly.

The interim report into Traditional Rights and Freedoms — Encroachments by Commonwealth Laws by the ALRC comes in at over 500 pages after 18 months of work by the commission since the end of 2013. Brandis commissioned the ALRC to review whether Commonwealth legislation impacted on freedom of the individual and whether those impacts were justified.

“For too long we have seen freedoms of the individual diminish and become devalued. The Coalition government will strive to protect and restore them,” Brandis said at the time. “Freedoms are some of the most fundamental of all human rights. They underpin the principles of democracy, and we cannot take them for granted.”

Of course, since then, Brandis, at the behest of Prime Minister Tony Abbott, has introduced and passed several “tranches” of national security legislation that curb those personal freedoms Brandis says underpin the principles of democracy.

He has introduced legislation that would jail journalists for 10 years for reporting on particular kinds of intelligence operations, legislation that forces telecommunications companies to keep data on all customers for two years, new control order legislation, and legislation to prosecute Australians returning from regions declared to be under the control of terrorists.

All of this was highlighted by the ALRC’s report. The report found that numerous laws impact on freedom of speech, including over 500 government secrecy provisions. The ALRC said there should be a review of counter-terrorism legislation.

“Aspects of Australia’s counter-terrorism laws might be reviewed to ensure that the laws do not unjustifiably interfere with freedom of speech,” the ALRC said, indicating it should be the role of the Independent National Security Legislation Monitor. So far, the acting INSLM Roger Gyles has only committed to reviewing section 35P of the ASIO Act for its impact on journalists.

This section sets out that people who disclose what ASIO deems to be “special intelligence operations” can face jail time of up to 10 years.

It seems unlikely Brandis will commit to any broad review of national security legislation, after last week expressing alarm at Labor for passing a motion at its national conference to review just the mandatory data retention legislation — something the legislation itself already has built into it.

One part Brandis will like, however, is the ALRC’s recommendation that anti-discrimination law — in particular s18C of the Racial Discrimination Act — should be reviewed. The government dropped plans to amend this legislation at the same time that it began rolling out new national security legislation, but with the ALRC green light, Brandis might be motivated to bring on debate again.

It is odd, but perhaps not surprising, that the release of this interim report on Monday has gone under the radar. It didn’t arrive with any announcement from the Attorney-General, nor any indication on whether the government would look to review any of the legislation flagged in the report.

The final report isn’t due to be handed to Brandis until December, and it could sit with him, or the next attorney-general, for years. We are still waiting on a number of past ALRC reports to be acted on, including its report on copyright.

Brandis used that report as an excuse to legislate against online copyright infringement, despite the report explicitly not addressing the matter. So maybe he’ll cherry-pick the parts of the freedom report he wants to legislate on when the report is tabled in December. 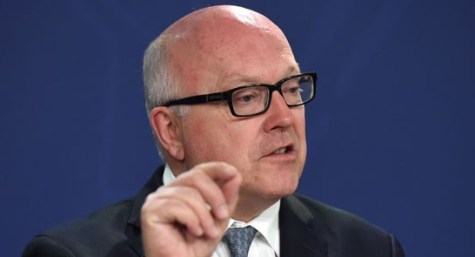 Nothing to hide, nothing to fear? Brandis seeks court ruling to protect his secrets

Dear George: the direction is AWAY from data retention — it doesn’t work

people who disclose what ASIO deems to be “special intelligence operations” can face jail time of up to 10 years.

This government must be running out of drawer space in which to stuff the reports that don’t conclude with support of their ideology.

Gotta lurve ““Freedoms are some of the most fundamental of all human rights.” – that must be causing short circuits in what passes for the Clown Counsel’s brain.
Has there ever been a worse specimen of delusions of adequacy?
Abbottrocious is too dumb as to not know how dumb he is.
Brandis must be either, even thicker than the sufferer from pugilistic dementia, without the excuse of too many blows to the head or what would be called in the military, ‘dumb insolence’.

I would like to see Brandis’s comment on each recommendation in that report – whether he is going to act on them, and if not then why.