Sophie Mirabella more interested in dinner than Indi ... Victorian Young Labor suit up for weekend's conference ... Can Do Campbell gets his moment in the sun ...

Indiwatch: Mirabella mum in Mansfield? We told you earlier in the week that ousted former member Sophie Mirabella had enjoyed some early success in the Indi electorate, winning a trivia competition on the weekend, but it’s not all going swimmingly, according to a tipster. Our spy told us that at a recent “meet the pollie” event in Mansfield, Mirabella “barely said a word or answered questions from Liberal supporters”.

“Only 14 turned up to meet her and [Liberal MP] Jamie Briggs, and she was a lot more interested in her dinner than her loyal constituents,” the tipster said. Without knowing what was on the menu, Ms Tips can’t officially condemn the controversial former MP.

Victorian Young Labor conference is on. We were wrong — it turns out the Victorian Young Labor conference has not been delayed indefinitely as per yesterday’s tip but will be on this weekend. The ShortCons will be running self-described progressive candidate Will Bennett for the presidency, but it is expected that  National Union of Workers’ Josh Gilligan, mentioned in yesterday’s tip, will get up as the president due to his factional deal with the Shoppies. We hear there is likely to continue to be factional infighting despite the near-certainty that Gilligan will win the presidency.

Shannon Threlfall-Clarke is still listed as the current president of Victorian Young Labor on the Victorian Labor website, even though she tells us she stepped down at the last conference and hasn’t been involved in the movement for a year.

TV wars. Channel Seven’s declining ratings hit a low mark yesterday, with the network’s main channel coming fourth, behind the ABC. As well as replacing poorly rating reality TV shows with cat videos (no, really), rumour is Seven is looking to news to help it claw back some ground. A tipster says it’ll be adding to its local afternoon news in Brisbane, Sydney and Melbourne form next Monday — the plan is supposedly to air a full hour of local news in Melbourne and Sydney, and a whopping 90 minutes in Brisbane. “It’s a big shot in the TV news wars,” our tipster said.

Last year, both Seven and Nine significantly ramped up their news hours — TV news is relatively cheap content that rates. Crikey asked Seven our tip was accurate, and received a cryptic answer. “A bit off the mark, but not completely. How off the mark and how ‘completely’ will become apparent in due course.” Given our tipster said Monday maybe we might not have long to wait. Know more? Do get in touch.

Can Do can get published. After Melbourne University Press indicated it had no interest whatsoever in publishing Gavin King’s love note to/biography of his former leader, and one-term premier Campbell Newman, it looks like Connor Court Publishing has taken on Can Do‘s “incredible and often controversial story” for publication in September. We wait with bated breath. 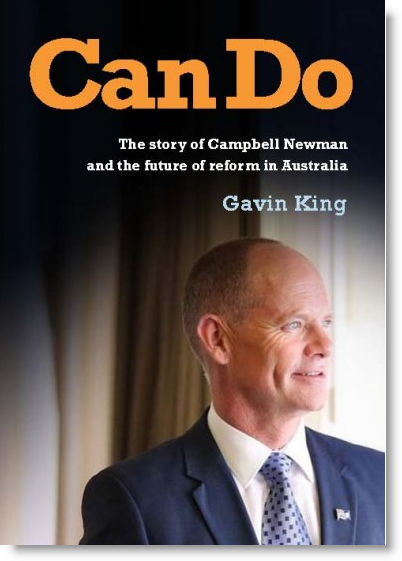 Sterilise the poor. Speaking of Connor Court Publishing, it is also publishing Gary Johns’ upcoming tome with the no-holds-barred title of No Contraception, No Dole: Tackling intergenerational welfare. The company has helpfully published the opening sentences of the book to get readers hooked:

“This project started on 27 December 2014, after I read the horrible news that a mother had murdered seven of her children and one other child. The dead numbered three of the mother’s girls, aged 12, 11 and 2; three of her sons aged 9, 8, 6 and 5. The eighth victim, a 14-year-old niece, had been staying with them in their Cairns home. The woman had these children to different fathers. Her income came from you and me, taxpayers. Did anyone ever think to call a halt to this women being used as a cash cow?”

He has also titled chapters along the lines of “Some Australian women are cash cows” and “Blaming the poor and other trash talk”. We could probably run a “Gary Johns quote or comment from News.com.au competition” once it is released in September.

Jane Turner for Speaker. The Department of Parliamentary Services is busily uploading loads of archive footage from parliament dating back to 1991 to its video-on-demand site Parlview. We were hoping this might include some of  embattled — and now former — speaker Bronwyn Bishop’s infamous fiery performances in Senate estimates before she moved to the lower house in 1994. Unfortunately those memories have yet to be uploaded, but we did find an old sketch with Jane Turner as Bronwyn Bishop in one of those estimates hearings from many years ago. 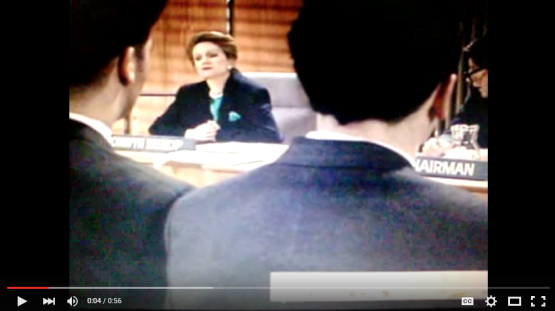 The current archive in Parlview goes up to December 19, 1991 — the very date Paul Keating successfully challenged Bob Hawke for the top job. The good stuff is still to come, with the Keating question time episodes being uploaded over the coming months.

Was Sophie’s preselection a Captain’s pick? Likely to end up like the rest.