The Productivity Commission's draft report on industrial relations is a major defeat for the deregulation agenda pushed by big business -- and should be seen as such. 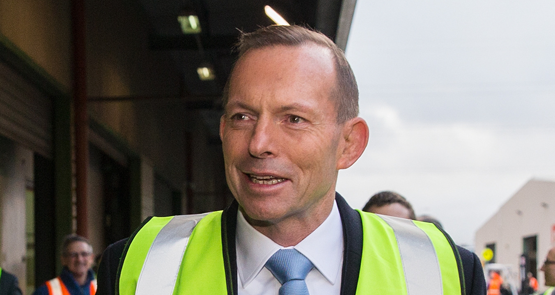 Ignore the howls of fury from unions and Labor: the Productivity Commission’s draft industrial relations report is a strong vindication of Julia Gillard’s Fair Work Act system and an often explicit rebuttal of the core elements of the deregulatory agenda of those who want to return to WorkChoices. Virtually all the major complaints from the Coalition and business lobby groups about industrial relations in Australia have been discredited by the most independent, economic rationalist collection of experts in the country.

According to Tony Abbott in 2012, ”we have some serious workplace relations issues in this country. There is a flexibility problem. There is a militancy problem. Above all else, there is a productivity problem.” What does the Productivity Commission draft report say about that? “Australia’s labour market performance and flexibility is relatively good by global standards,” the commission concludes. “There is considerable scope for flexibility,” the report says repeatedly about the FWA. The PC notes “real labour productivity in the market sector increased by 13 per cent over the five years from 2008-09 to 2013-14”. And “labour productivity growth has outstripped wages growth in recent years”. And in what looks like a pointed rebuttal of Workplace Relations Minister Eric Abetz’s claims last year about a wages explosion, the PC says “claims of economywide wage breakouts (in excess of labour productivity) appear unfounded”.

And what about militancy and industrial disputes? “Industrial disputes do not appear to be a major problem in Australia’s WR [workplace relations] framework. The measured prevalence of industrial action has declined substantially over the past three decades, and has remained relatively low …” In fact, the PC takes a swipe at the tendency to demonise all industrial disputation, saying “there is often a mantra that disputes are harmful to productivity and efficiency, and that there should therefore be more binding constraints on their use. Disputes may have such effects, although in aggregate there is little evidence that the effects are material.”

Then there’s the PC’s inability to find evidence that a minimum wage reduces employment and its endorsement of the award system. Don’t be misled — this is bitter stuff for the pro-WorkChoices camp within the Liberal Party, employer groups and the commentariat at The Australian and the AFR: the economic hardheads at the PC have given the IR system the current government inherited from Labor a tick. Not for nothing did the Business Council of Australia lament that its  “concerns about the rigidities of the awards system and the breadth of conditions to be negotiated in enterprise agreements” had not been the subject of any recommendations.

Unsurprisingly, however, the PC’s relatively limited proposals for amendments induced rage from unions. The two most significant proposals — cutting penalty rates on Sunday to Saturday levels, and a new form of individual contract — were immediately attacked. Even unions unaffected by the proposals waded in to claim they’d be next on a penalty rate hit list. Some unions seized on the PC’s proposals to remove procedural excuses in the unfair dismissal provisions of the current act as a return to WorkChoices as well, when all the draft report proposed is that, where an employee is guilty of serious misconduct, he or she not be able to use a procedural lapse by their employer as a basis for compensation after dismissal. What’s the problem with that?

And the flaw in comparing the proposed “enterprise contract” to WorkChoices is that it would be subject to a “no disadvantage” test, which was only introduced belatedly in the WorkChoices regime when the Howard government was copping a hammering in the “Your Rights At Work” campaign, and which would be administered by the Fair Work Commission; existing employees wouldn’t have to take enterprise contracts, and all employees could revert to the award after a year.

And if unions covering retail and hospitality workers are angry about the proposed abandonment of Sunday double time in favour of Saturday time-and-a-half penalty rates (noting that the PC, in another defeat for employer groups, endorsed penalty rates), unions have had a major win on sham contracting. For years, the Construction, Forestry, Mining and Energy Union in particular has been trying to draw attention to the cancer of sham contracting, which leads to workers being underpaid, inexperienced workers being killed and injured at work, tax evasion and an unfair advantage for companies prepared to engage in it. The PC agrees:

“Sham contracting disproportionately affects vulnerable workers who are at risk of exploitation or who have little bargaining power. It may sometimes involve coercion and deception by the employer. Nevertheless, in some cases it may involve consensual arrangements between the parties. For example, there is compelling evidence that sham contractors avoid taxes.”

The PC picks up a recommendation made by Labor’s review of the FWA and wants to remove an easy out under the FWA for employers who engage in sham contracting, that they must have been “reckless” in misrepresenting an employment contract. Instead, that out would be replaced with a defence that they could not “reasonably” have known they were misrepresenting an employment contract.

That the government has already distanced itself from the modest reform proposals in the draft report says a lot about the deep, deep political hole Tony Abbott is currently in — and how far he has travelled from the opposition leader convinced “we have some serious workplace relations issues in this country”. Fortunately, the PC has given him the option of leaving industrial relations relatively untouched. Australia has a good IR system — regardless of what the hardliners claim.

“Then there’s the PC’s inability to find evidence that a minimum wage reduces employment.”

And against all the myths that the business council types try to uphold.

As someone named Winnie once (almost) said, rarely in the annals of media endeavour has a capitalist enterprise such as Crikey shown such complete inability to report on economic issues sensibly.

No need to pity Norm, he is on a crusade and feels no pain..!!

Whatever it is, Spiny Norman is against it.