Not a good omen.

Marriage Alliance has strong Liberal ally. Anti-gay marriage group the Marriage Alliance’s website officially launched overnight without much fanfare. It mounts much of the same arguments against same-sex marriage that others like the Australian Christian Lobby have mounted. One thing we didn’t pick up on yesterday was that the organisation’s spokesperson, Sophie York, has strong ties to the Liberal Party. According to her promotional leaflet, York’s book was launched 10 years ago by then-Howard government minister Tony Abbott, and she also boasts of her ties with John Alexander and Paul Fletcher, among other Liberals. 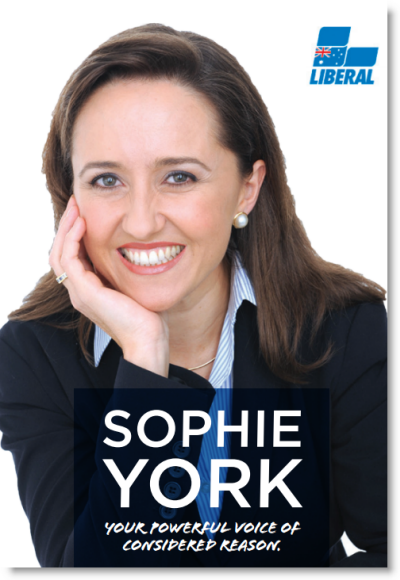 Paul Sheehan describes York as a “vortex of energy” (which doesn’t sound like a good thing … ) so she might have some powers we don’t yet know about.