The Productivity Commission's report on industrial relations has rejected many of the claims advanced by employer groups about the need for major IR reform. 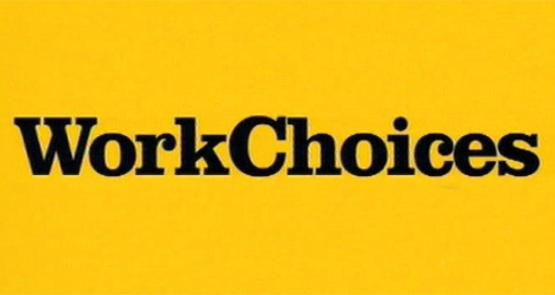 The Productivity Commission has delivered a rebuke to employer groups and industrial relations hardliners in its draft workplace relations review, concluding that the current IR system is working well and needs relatively little change. However, the report may be good news for a government eager to avoid any major reform brawls in the lead-up to the next election.

The report discredits most of the arguments advanced by employer groups and media commentators about the need for reform. The PC concludes:

“Contrary to perceptions, Australia’s labour market performance and flexibility is relatively good by global standards, and many of the concerns that pervaded historical arrangements have now abated. Strike activity is low, wages are responsive to economic downturns and there are multiple forms of employment arrangements that offer employees and employers flexible options for working.”

However, it recommends some “major deficiencies” be remedied in several areas, not all of them pro-employer. The commission proposes changes in relation to these issues:

The “sham contracting” recommendation is interesting because it agrees with a strong union campaign on that issue, especially by the CFMEU, in recent years. The report says:

“It is reasonable and entirely rational for employers to work to reduce costs and lift productivity … It becomes problematic when businesses sham contract or do not take reasonable steps to ensure that labour hire workers receive the appropriate pay and conditions. Arrangements like these are unlawful, and have a number of adverse effects. Not only do they hurt the workers that are directly involved, but they place pressure on the pay and conditions of other lawfully engaged employees by weakening their capacity to bargain. Moreover, because it lowers their labour costs, businesses may obtain an unlawful competitive advantage over other firms in their market. Finally, these arrangements can also adversely affect the broader population where they lead to tax avoidance by either employers and employees … Sham contracting disproportionately affects vulnerable workers who are at risk of exploitation or who have little bargaining power.”

The PC argues “there are compelling grounds for premium rates of pay for overtime, night and shift work” but believes Sunday penalty rates lead to anomalies, and it accepts the argument from employer groups that penalty rates reduce demand for labour. Sunday rates should be reduced to Saturday rates, but only after a transitional period, in recognition that some people only work on Sundays and would suffer a pay reduction as a consequence.

The commission also wants to end scenarios where a procedural failure by an employer allows an employee who deserved to lose his or her job compensated for unfair dismissal. It recommends that employees only receive compensation if there’s no “reasonable evidence of persistent underperformance or serious misconduct” and “procedural errors by an employer should not result in reinstatement or compensation”.

Bearing in mind that the reference to the commission by the government was originally intended to provide the basis for an IR reform platform the government could take to the next election, the draft report will be a major let-down for employer groups and Coalition MPs eager for a return to WorkChoices. It notes that industrial disputes have “declined substantially”, concludes that the system has become more flexible (indeed, “there is considerable scope for flexibility through independent contracting and employers’ capacity to negotiate individual and firm-specific outcomes”), that different systems (e.g. WorkChoices versus Fair Work) haven’t had a detectable effect on labour productivity, and that there is little evidence the minimum wage costs jobs (“there is strong evidence that the minimum wage [and awards] tend to assist those lower paid households that retain jobs, with a high share of low-income working households on the minimum wage”).

On virtually every argument advanced by employer groups about the need for major IR reform, the PC rejects the arguments as unfounded or demonstrably wrong.

And while that will disappoint the IR hardliners within Liberal ranks, in a way the report is a blessing for a government that is now looking for any excuse to avoid hard economic reform. If the PC’s final report matches this report, the Abbott government will have an excuse to avoid starting a potentially highly damaging reform fight. It will, however, have to deal with two potentially tricky smaller proposals — cutting Sunday penalty rates, and a new form of individual contract, albeit one subject to heavy safeguards. Both will be the subject of strong campaigning by unions — in fact, the media releases on that are already going out.

Eminently sensible suggestions from the PC. The procedural issue in particular is a nightmare mainly for small businesses, and consequently has perverse outcomes that fall on one of the biggest job creating areas of the economy (according to current mythology, I don’t know if that is actually true)

Why not raise the Saturday penalty rate to match the Sunday rate to resolve the “anomaly”?

As always, people who don’t work weekends combine to cut the pay of those who do.

If Saturday and Sunday penalty rates need to be consistent, the Saturday rate should be raised to the Sunday rate. A widely shared weekend is still extremely important culturally and socially, and it plays an essential role in the wellbeing of most people. We should help as many workers as possible to have time off on weekends or enjoy double rates if they work on those days.

The Report is a well-considered document, and it’s a shame so many fervent propagandists on ALL sides aren’t a tad more restrained in their criticisms.

Penalty rates seems to be an issue where people have many hats and are talking through them most of the time.