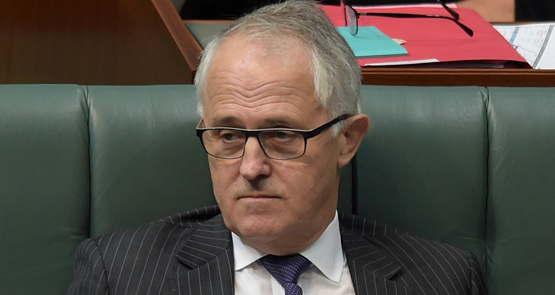 Tony Abbott’s poll numbers are improving, but he still trails Malcolm Turnbull as the preferred leader of the Liberal Party, today’s Essential Report shows. Turnbull is preferred as leader by 24% of voters, compared to 18% who prefer Abbott. That’s a significant turnaround since February, when just 11% favoured Abbott, even less than “someone else” (13%) and Julie Bishop (21%). Julie Bishop is now preferred as leader by 17% of voters.

Press gallery favourite Scott Morrison, tipped by many Canberra insiders to be the most likely to replace Abbott, scores just 3%, the same as Treasurer Joe Hockey.

On the Labor side, “someone else” is the preferred leader, on 18% — just ahead of Bill Shorten (16%), Tanya Plibersek (13%) and Anthony Albanese (12%). Shorten has a much stronger lead among men than women (who prefer “someone else” or Plibersek) and leads strongly among Labor voters, although Albanese edges Shorten among Liberal voters.

With politics dominated by Bronwyn Bishop’s entitlement scandal and a Prime Minister missing in action for much of last week, the Coalition has slipped another point on its primary vote and is now on 39%. Labor remains on 38%, while the Greens lift another point to 12%, their strongest result in nearly three years. The two-party preferred result remains at 53%-47% in Labor’s favour.

No they want Don’t Know and Someone Else. Those 2 blokes should be chuffed, they could be PM and deputy PM in a year!

I know some of the major party stalwarts will be claim that Greens voters are often clueless, but surely you can’t have 187% of Greens voters who “don’t know” which candidate will make the best leader of the Liberal party?

Definitely a misleading title here. Also, it does suggest that those online campaigns to replace Bill Shorten as Labour leader are largely mischief making by Greens voters with time on their hands and an active Twitter account.

Sorry, but this ‘news’ is nothing new.
As a traditional Lib voter I am pissed off that cabinet have not listened to the voters & stuck with the Pugilist. They need to put their jealousies aside & give the job to Malcolm before it is too late. The drovers dog will beat Abbott (but I’m not sure if union man Shorten is the right pup).