Why is SBS promoting someone who hates multiculturalism?

Is the multicultural broadcaster breaching its own charter in its promotion of Go Back to Where you Came From? 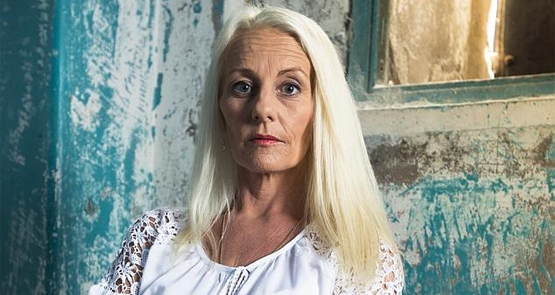 Go Back To Where You Came From‘s Kim Vuga. Image via SBS

Is SBS’ promotion of Go Back To Where You Came From going against its own charter?

“Multiculturalism is destroying the country,” the most outspoken participant in this year’s series told her local newspaper in an interview to promote the show for SBS.

When SBS launched Go Back To Where You Came From three seasons ago, it was a genuinely unique and groundbreaking show. The premise was to expose critics of asylum seekers to the harsh realities of the journey asylum seekers make in trying to get to Australia. SBS promoted the show with the line: “The boats may have stopped, but the debate hasn’t.”

By the end of the series, Andrew Jackson (the teacher) and Jodi Charman (one of the sisters) had softened their views on asylum seekers, but Kim Vuga, the person behind the Facebook page, was unmoved.

Vuga continues to express anti-immigrant views in promoting the show for SBS.

“It’s left me with stronger convictions,” Vuga told news.com.au. “We need to have no immigration at all until we can fix up our problems at home.”

Vuga is even considering a run in politics, telling the Townsville Bulletin she was keeping her options open.

She has earned herself a fan base, too; a Facebook page she set up after the show has already earned her 1000 likes. Her own Stop the Boats page has over 1300 likes.

The comments posted to the page are overwhelmingly in support of Vuga.

“Kim you held your place very well, I support you all the way, the immaturity of your travelling companions must have been very difficult to take, but you contained yourself very well I live in a suburb in Perth we have so many Muslims here they don’t integrate at all, its like living in the Middle East we are now in the minority.”

“Kim you need a medal for putting up with those Loonie Lefties, they keep talking over you looking for their 15 minutes of fame. I’m with you we shouldn’t even be be in the UN.”

“And these people who end up in Australia, why are they not speaking English, why do we have to feel like visitors in our country while surrounded by non-English jibber jabber? Why are they covering their bodies and heads so they cannot be recognised? I thought they came here to be Australian.”

The SBS charter says the broadcaster’s principal function includes “increasing awareness of the contribution of a diversity of cultures to the continuing development of Australian society” and “promoting understanding and acceptance of the cultural, linguistic and ethnic diversity of the Australian people”.

In a recent Senate committee hearing into the government’s — ultimately failed — legislation to allow for more advertising on SBS at certain times, Peter Khalil, SBS director of corporate affairs, held the show up as an example of SBS meeting its charter obligations at the expense of advertising revenue.

“There is a notion out there that SBS is chasing advertising dollars and that that would have a causal impact in the sense that it would mean more populist programming or programming that is not charter based. Let me clear this up for you, because when you look at programming, which we would agree would be very much in the charter — for example, Go Back to Where You Came From and Once Upon a Time in Cabramatta; some of our tent pole programming — the connection — that is, audience or ratings — does not always equal more commerciality and more advertising.”

Can SBS still “promote understanding and acceptance of the cultural, linguistic and ethnic diversity of the Australian people” while promoting someone who is unapologetic in her view that immigration in Australia needs to be stopped completely?

“The purpose of the program was to stimulate a national discussion on these issues, and by offering all participants for interview, the Australian media was invited to help facilitate this discussion. SBS remains neutral on asylum seeker and refugee issues,” a spokesperson for SBS told Crikey.

Former SBS journalist David Ingram told Crikey that he believed providing a platform for views like Vuga’s was in line with SBS’ charter.

“While SBS is far from perfect, I think its coverage of race and cultural diversity — and racism and bigotry — is generally in line with its charter obligations,” he said.

“Distressing as it can be to reasonable viewers, giving racism a platform — balanced by alternative views — usually exposes the miserable world such people inhabit.”

SBS made available all participants for interview on an equal basis in promoting the Cordell Jigsaw Zapruder series. SBS Publicity was responsible for co-ordinating the interviews with the participants, and SBS says Charman, the sister who changed her views during the course of the show, was the most interviewed outside of SBS.

According to figures provided to Crikey by Isentia, since the show commenced there have been eight radio or TV appearances by participants, host Dave Corlett, or producer Rick McPhee. Charman gave three interviews, and Marner also gave three, followed by Vuga, Corlett, McPhee, Judge, and Nguyen.

The whole cast also featured in a special episode of The Feed on SBS after the final episode aired.

Crikey attempted to reach Vuga, but she did not respond by deadline.

2012 Crikeys: the best and worst journalism this year

Crikey attempted to reach Vuga, but she did not respond by deadline.
Why? She is a bigot

I would hardly call it promoting Vuga, more exposing here irrational and ignorant views. Something that needs to be done.

In this case sunlight is the best disinfectant.

I’d prefer that all views & opinions. short of incitment to mayhem, be out where we can see them.
Nasty things emerge when they fester in the dark & foetid depths.

Well, we do not like refugees coming by boat but we do not mind them coming by plane.
What worries me really, is that we tend to label boat people as uneducated, non-English speaking Muslims.
My first family doctor in Australia was a neurosurgeon from Saigon. He came by boat as a refugee. He speaks Vietnamese, Chinese, English, French and Italian. He is a Buddist.

I understand that the boats coming to Australia are not necessary loaded with medical practicioners however, I think that we put too much emphasis on their creed and female head gear.
There are many Christians seeking safe haven, too.
On the other hand, there are many Muslims residing in Australia who did not come here as refugees. There are hundreds types of visas. Refugee (Protection) visa are really a small percentage of total visas granted every year in our country.
And, there are many muslims who do not show their religious beliefs in public. Not because they are ‘assimiliated’ but they come from the countries that they do not wear special attire or religious symbols: Albania, Bosnia, Turkey, Uzbekistan, India, Kazakhstan etc.
Beacause of the secrecy of our government we do not really know who is coming on those miserable boats.
I feel particulrly sorry for the kids.