Mess + Noise covered all the music that the rest wouldn’t touch. Along the way, it provided an important early platform for some of Australia’s best music writers, writes former Mess + Noise contributor Annie Toller . 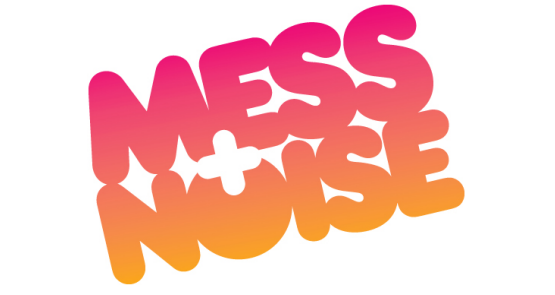 In June 2009, just a few months after it was taken over by Junkee Media (then known as Sound Alliance), Australian music website Mess + Noise was struggling. New owner Neil Ackland told The Australian: “We want to get it back to its original position where it’s seen as the leading source for people wanting to discover new bands.” At the time, Sound Alliance was still figuring out how turn a profit, as revenue from display advertising dwindled.

According to a LaTrobe University database, Mess + Noise remained one of the most widely viewed music websites in the country. There was, however, a sense that it was beginning to lose its edge — particularly against rising social media players like MySpace and Last.fm.

Six years later, both of those sites have been trumped by “frictionless” platforms Facebook and Spotify, and — in a fitting coup — Ackland’s company has ensconced itself in the revamped Sydney digs that once housed the MySpace Australia operations. Meanwhile, the slowdown at Mess + Noise appears to have gone terminal.

Amid the announcement in early July that Sound Alliance had rebranded as Junkee Media — reflecting the company’s transition “from a music only publisher a decade ago to the youth-focused lifestyle publisher … that we are today” — there was no mention of the masthead. Nor does its logo appear anywhere on the parent company’s slick and spacious new website. It’s even missing from correspondence outlining the new corporate arrangement to clients invested in Junkee Media’s music-related channels.

This disappearance has caused some alarm on Mess + Noise community forums, which are quickly heading into Lord of the Flies territory, with the adults nowhere to be seen. Managing editor Darren Levin was keen to allay concerns, stressing: “There are no immediate plans to shut the site down.” Apparently there are no plans to update content either (it’s “on hold”, according to Levin, “until we figure out what to do”). Not a single review or news item has been uploaded to the site since late May.

The problem, as ever, is advertising. With the launch of Junkee Media came some fanfare over the success of its new business model. Native advertising, the press release announced, today provides more than 50% of the company’s revenue.

Essentially, native advertising comprises advertorials and branded content that are neatly integrated with the publication’s editorial style: ads that speak through the host, rather than over the top of it. For a while now, this has been considered the most effective way to reach the commercially vital 18-to-34-year-old age bracket — a progressive, upwardly mobile subset of which Junkee Media’s flagship title, Junkee, appears to have by the short and curlies.

As Levin explained to users in the discussion forums, Mess + Noise is “not conducive” to the company’s current profit-raising staple. Though its audience is loyal and highly engaged — spending an average nine minutes on the site per visit, an unusually high figure — their interests are fringe. The site’s circulation figures are a mere blip in Junkee Media’s total 3.5 million-odd monthly unique visits. It would be no easy task to sell prospective advertisers a small audience of cynical 25-34s interested in obscure local pop music.

While it may be a sound business decision so far as the publisher is concerned, the apparent demise of Mess + Noise could have grim consequences for Australia’s emerging musicians. There is no other publication I am aware of — with the exception of a few zines — that’s devoted solely to Australian music.

The other major music websites tend to split their coverage between foreign artists and already well-known Aussie acts like Courtney Barnett and Tame Impala. (The editors at Noisey and The Ripe make more interesting choices; The Vine once did as well, but its “New Oz Music” column is currently kaput). There are a number of good blogs out there, but their content is, by necessity, niche, and they tend to peter out as volunteer staffers move on to bigger and better things. (Vale Crawlspace and Polaroids of Androids!)

Mess + Noise covered all the music that the rest wouldn’t touch. Along the way, it provided an important early platform for some of Australia’s best music writers – including Kate Hennessy of Fairfax and The Guardian Australia, and former M+N editor Doug Wallen, who has more bylines than you can poke a stick at. Anwen Crawford, pop music columnist at The New Yorker and The Monthly, once wrote for Mess + Noise under the pseudonym “Emmy Hennings”.

Moreover, the magazine (Mess + Noise began life in 2005 as a bimonthly print publication) nurtured a vibrant grassroots community — one that most Australians are probably unaware of, but which is celebrated the world over.

That’s probably the most staggering thing about the website’s sudden halt: Australian music has never been so healthy, nor so popular — from the DIY and punk scene in the nation’s capital to Sydney garage, Perth psych pop and the extraordinary energy coming out of Brisbane and Melbourne. Our underground artists feature on some of the most forward-thinking music websites across the net. Perhaps a savvy, homegrown, youth-focused publisher could find a way to exploit that kind of cultural capital …

Reportedly, the moustaches at Junkee Media are still deciding what to do with this piece of online real estate. They may sell it. On the Mess + Noise forums, some users have proposed a crowdfunding campaign to put the site back in community hands.

If the website were to stay with its present owners, there are a few obvious ways it could be modernised without further ado — starting with a website redesign. Mess + Noise hasn’t had a significant facelift in at least five years, and it’s not at all mobile friendly. There’s plenty of scope for enhanced video content and events — two of Junkee Media’s “five pillars”, alongside “mobile” — which happen to be ideal vehicles for branded content. Add some stricter editorial guidelines, and we could have an international one-stop shop for the Australian music scene.

Speaking to The Power Index in 2011, Ackland explained that there is one fundamental metric for deciding whether a publication is worth keeping. You simply ask: “If one of our websites disappears totally tomorrow, would anybody care?” Or, to adjust the equation a little, “would it matter?”

If it is ultimately abandoned, the loss of Mess + Noise will suck vital oxygen from an underground, but culturally important scene. With luck, Junkee Media will relaunch the website — or at least sell it to someone prepared to keep it running — as it’s a resource, for artists and fans, that will be very difficult to replace.