Rundle: so much for liberalism

The individual is paramount. Except when the individual screws up, in which case it is the system that is to blame. 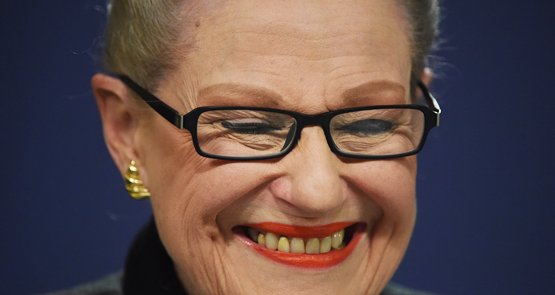 Liberalism, as a philosophy, argues that the individual is before the collective, and that the bedrock of meaning and morality is that said individual is autonomous and responsible for their own decisions. Under this doctrine, the poor are blamed for being “leaners, not lifters”, people campaigning against racism are urged not to play the victim, and so on and on.

But when Liberal parties are threatened, that all goes out the window. The former speaker Bronwyn Bishop, finally deposed following revelations that she took a $6000 plane trip from Sydney to Nowra — imagine wanting to get to Nowra quicker! — was not at fault, her friend and ally Tony Abbott said. It was the system what was to blame.

He did not say under what system it is reasonable to take a $5000 helicopter flight that shaves 10 minutes off a journey to Geelong — imagine wanting to get to … oh, I’ve done that one — or how Bishop became a passive victim of its processes. Playing the victim card had been the last ditch defence last week, when Bishop appeared for a second presser on the matter, standing among the journos, rather than pontificating regally from a podium.

The pearls were gone and so was the north shore swagger — all she needed to complete the no-doubt planned pose of Confused Old Lady Having Difficulties With Eftpos was a floral print shopping jeep. Boo Labor, attacking a Poor Old Lady. Didn’t work. By the time the Nowra flight was revealed, she had entered Imelda Marcos territory. Whatever political capital Abbott might have salvaged by getting her to go this weekend has been depleted by the claim of victimhood. The poor are welfare-dependent and must be “breached” regularly; the rich and powerful can’t help themselves.

The plain fact is that the whole of Australian governance needs reform. More than reform. Reflection, debate and democratic transformation as a whole rather than a series of parts. Currently, we are putting patches on the patches that have been put on a 19th-century system, designed for a commonwealth dominion within a white-skin empire, our major cities connected by several days’ sailing. Two governments in the past quarter-century have ruled with a minority of the votes, abrogating to themselves the elected dictatorship powers over executive action, domestic regulation and foreign policy that a government enjoys. That result arose from an archaic single-member electorate system, a democratic adaptation of the English squirearchy.

In 1949 we acquired a democratic Senate by accident, when a modified Hare-Clark system was introduced. In 1984, with the addition of a one-tick above-the-line voting process, we set it up to be a political casino, a possibility finally acted on in 2013, with the election of a Keystone Krossbench. Our donations system is a free-for-all, which privileges invisible corporate and union blocs.

Our lower house “triple lock” — compulsory voting, exhaustive preferential single-member voting and public funding matched to vote tally — entrenches the two major parties as quasi-state apparatuses, ceaselessly and effortlessly reproducing themselves, another illiberalism that the Liberal Party doesn’t have much of a problem with. With such assured process, the ranks of such parties are overly filled with organisation men and women looking for sinecures, and eventual access to an industry lobbying gig — second-raters smart enough to have an early awareness of their own mediocrity.

Despite the constitutional crisis of the 1975 coup, we still have not resolved the question of where executive authority lies, patching it with a Senate commitment to pass core budget-and-supply bills — which removes a valuable Senate sanction against governments that try to enact whole programs they have not gained a mandate for. Every Senate vote in New South Wales is worth about a sixth of one in Tasmania — and the only way to honour Northern Territorians’ right to statehood representation would be by reducing a NSW vote to one-tenth.

There aren’t enough Band-Aids in the world to make this system work in a genuinely democratic fashion. We need not a few “reforms”, but a five to 10-year process of inquiries, hearings and conventions by which a transformation of Australian government could occur, through prolonged debate, in what is now a polycultural, non-industrial, hybrid economy whose capital cities are five hours’ flight from one another. We won’t get it, one suspects, but raising the issue at least makes clear how ramshackle, corrupted and broken the current system is.

In the meantime, put out more patches. And what odds that Bishop, that fierce believer in “liberalism”, will trot out some sort of addiction model … couldn’t help it … lost my judgement … etc, should she try to contest Mackellar once more? And who will be surprised if Labor, the other side of this vast machine that runs government, now go very quiet about any wider-ranging reform arising from the Last Ride of the Fraukerei?

Poll Bludger: should preselection be done by the rank and file?

Hear, bloody , hear Guy Rundle. All those trotted out cliches ‘if it ain’t broke don’t fix it’. Well it is broke! Patched together with nineteenth century glue and string it’s barely holding together. We need to re-write the entire Constitution, remake our democracy so that it can work better for us all into the future, with more flexibility to change as the world changes. I like the idea of a ‘Commonwealth of Australia’ but let’s give it some reality so that we all can share the common wealth of this country.

“And who will be surprised if Labor, the other side of this vast machine that runs government, now go very quiet about any wider-ranging reform.”
Paula Matthewson, The Drum today:
“The audit office also notes the last “root and branch” review of parliamentarians entitlements was held in 2010, and that by April this year only 17 of the review’s 39 recommendations had been implemented.”

I once wrote to the SMH of the comparative vote values of the states.

Based on just gross population figures, NSW votes in the Senate are worth much less than one sixth. Current population figures have NSW circa 7.5M, with Tasmania close enough to 500K. Given the same number of Senate representatives, a NSW senate vote is worth 1/15th of a Tasmania senate vote, assuming similar demographics re voting ages.

As you point out, they couldn’t really make NT a state in that the senate representation couldn’t be expanded to the same as other states, it would just make a mockery of it all.

The whole thing is so broke it is beyond fixing. It’s even hard to see how to come up with something that isn’t broke, and by what means we would get there, as the current constitution makes constitutional change nearly impossible.

And yes, it has been a great week for turning yourself into a victim.

Let’s not be unkind to Nowra. There are some lovely places the other side of it.

There is no constitutional requirement that the NT is allocated 12 senators if it achieves statehood.

But you are spot on about Nowra.