An individual fan has convinced behemoth Unilever to create a new product just for him! Sound too good to be true? We have the inside scoop. 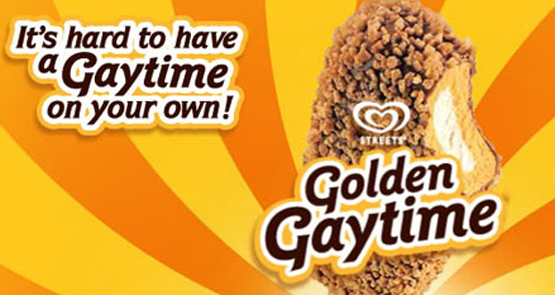 News sites were very quick today to report uncritically about a “grassroots” Facebook campaign that resulted in Streets releasing a Golden Gaytime ice-cream tub, but did they take a bite too quickly?

It’s a story too tasty to pass up. A man runs a Facebook campaign for a new type of food he wants, amasses thousands of likes, and the company decides to make it happen. But can it all happen in just one month?

Mashable, BuzzFeed, News.com.au, The Sydney Morning Herald, Sky News, and Business Insider among others all reported that a fan had convinced Streets’ parent company, Unilever, to release an ice-cream tub version of the iconic ice cream thanks to a grassroots Facebook campaign on the Golden Gaytime Icecream Tub Project Facebook page. 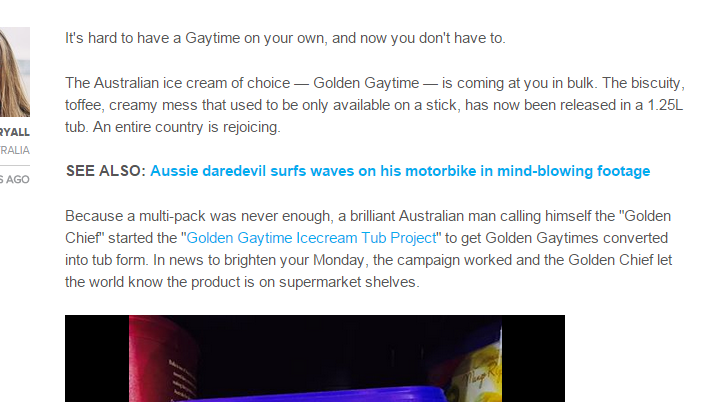 But something curdles. The page was only set up just over a month ago, and it amassed the vast majority of its likes in the past few days, getting a 75,000% increase in the last two days. 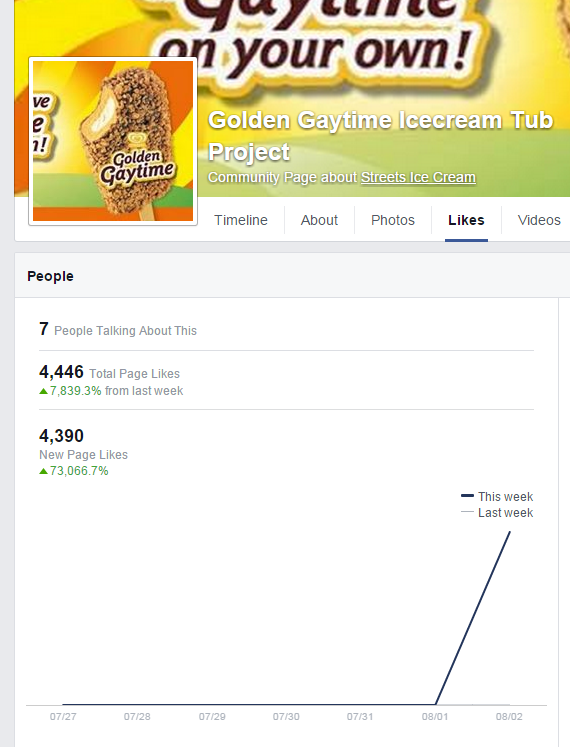 The early comments on the page are from people who have carefully scrubbed their own Facebook profiles, but their LinkedIn pages indicate they work for J. Walter Thompson, a marketing agency linked with other Unilever campaigns in the past.

The early comments on the page — from early July, before the page took off in early August — appear to be from at least four employees of J. Walter Thompson.

A spokesperson for Unilever denied any connection with J. Walter Thompson (JWT).

“Any JWT employee commenting on the page did so of their own accord. I can confirm that JWT as an agency have no affiliation whatsoever with Streets Ice Cream, Golden Gaytime or Blue Ribbon, and have no link to the launch of the Blue Ribbon Golden Gaytime tubs,” the spokesperson said.

Why did all the news outlets write it up without checking first? Was it an oversight, or did they realise it was a marketing campaign, but decided it was all too delicious to turn down, and decided to go with the joke?

Only The Sydney Morning Herald‘s “staff writers” added a parenthetical disclaimer that the Facebook campaign could have been viral marketing. The site also ran a follow-up in the afternoon questioning whether it was real, and running a denial from Streets and the founder of the Facebook page.

The Unilever spokesperson provided the original press release for the announcement, and it did not mention the Facebook page. In a statement yesterday, Streets’ marketing director Anthony Toovey insisted it was a happy coincidence.

“We do pay attention to what are fans are saying and we did notice the Golden Gaytime Ice Cream Tub Project Facebook Page a little while ago, but the tub release has been a work in the making for several months. Nevertheless, it is great that a fan cared so much about this cause to create a community, and having spoken with him today we know how amazed he was to see his dream become a reality,” he said.

I think its classed as lazy (and cheap) journalism.

SuzQ – as well as dumb & credulous.