China bet it all on the sharemarket and lost. Now what?

Chinese President Xi Jinping is working overtime to distract his people (and the rest of the world) from the country's precarious economic position. 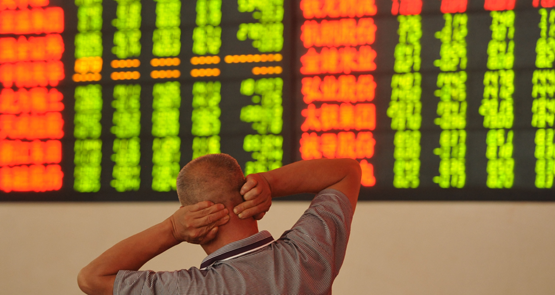 Every year, the Chinese Communist Party’s real policy meeting occurs in August at what Australians would consider to be a scrappy, unremarkable seaside town, Beidaihe, a short train ride from Beijing. It’s been the go-to place for the closed-door confab since the days of Mao Zedong, who liked to use swimming in dangerous places to demonstrate his resilience.

Beside the beach, the Communist Party’s most senior cadres and advisers meet to debate and finalise plans for the policy settings that will be given a rubber stamp in October or November at the annual Congress of the Central Committee. The Central Committee Congress’ communique is then, in turn, adapted by the even more rubbery stamp of the country’s faux Parliament, the National People’s Congress, each March. It’s about as transparent as Tony Abbott’s rushed cabinet submissions, so we are learning from China.

This year the policy meeting has been shifted forward by a week. It’s the strongest sign so far that the Communist Party has moved from mere “growing concern” to the sweaty-palm nervousness that can so quickly morph into panic about its economic management. And the cupboard seems to be bereft of new ideas.

China avoided, well, delayed, the hit to economic growth by the misguided doubling down of debt without a convincing revenue model — to cover payments while growing asset values — and now its chickens have come clucking home to roost. In fact, China is now underpinning the latest wave of global economic uncertainty as domestic consumption has failed to appear. This has drawn most of Asia — and Australia — into the slowdown. Latin America, also a major mineral exporter to China, is being hit hard, too. Europe has been Greeked, and it’s way too much to ask a peripatetic US recovery to hold the globe.

This was all utterly inevitable (as this writer has been saying for some years now).

From 2010-12, or thereabouts, many exalted professors of that darkest of modern arts, economics — as well as financial analysts at fee-hungry banks, and a conga line of global finance ministers that had Nambour’s own Wayne Swan near the very head of the suck-up-to-China queue — demonstrated that they, frankly, should have been in different jobs. The Chinese government, the story went, was so very clever, that Australia could ride the machine-made wave of China’s debt-fuelled boom with nary a thought of what would happen when the payments-required period ended. It would continue to deliver. The inventors of the abacus have found a secret new way to do simple mathematics.

The result was a chronic over-forecasting for Chinese growth and prices for Australian iron and coal by the Swan Treasury, and its successor.

The internal tension between Beijing’s top-down management approach, which has only been consolidated under President Xi Jinping, and its promise to rely more on market forces is now, finally being revealed as perhaps intractable and unsolvable.

The Chinese sharemarkets began to gyrate wildly. In the middle of this came the Communist Party’s cash-printing geyser to the rescue — it would buy shares to underpin the market. But it was underpinning perhaps the world’s largest casino.

The sharemarket turmoil is not, per se, any risk to China’s economy. Few big companies rely on equity for funding from those markets.

What is instructive about the series of daily crashes that continue to break records in whopping out trillions of dollars is that the sharemarket run was a strategy by the government to put more equity into companies and less debt into the growing Himalayan debt mountain.

With government encouragement, millions of ordinary Chinese piled in and eventually lost, in many cases, their life savings, after efforts by the party to “control” the market forces failed. This will surely give very real pause on implementing key liberalisation polices such as the freeing up of the capital account — just how much more money will start gushing out of the country now the government has broken its promise on the sharemarket?

Trust and most importantly confidence have been dented — badly. And confidence, that intangible yet vital mass mood, is as critical to economic management as interest rates. With growth sliding, not one rational economist or China-watcher will admit privately they believe the 7% growth figures for last quarter. The real work indicators show the country is, in many parts, falling into recession.

Oil is falling again, dragging all commodities back with it, and while iron ore is having a mild surprise surge, forecast supply and demand indicate this is only short lived. A good theory is that the steel mills that operate in Hebei, not far from Beijing, are working overtime before the World Championships in Athletics clean-air policy comes into effect in a few weeks. The market-leading Atlas Iron is on life support once more. Its share price collapsed by 70% last week after it revealed that it had failed in a bid to raise US$180 million. So, one suspects, it is good night to them. Many analyst are still tipping iron ore will fall to US$45 in the next six months from US$51 a tonne on Friday.

To counter this, geopolitical analysts are starting to sing in unison: Xi’s continuing push of nationalism is now a major distraction, to direct his people’s focus away from their bleeding pocketbooks.

China’s illegal and aggressive island-building project in the South China Sea will come under the harsh spotlight of the annual meeting of foreign ministers of the South East Asian Association of Nations in Malaysia, itself rocked by a US$700 million corruption scandal centred around Prime Minister Najib Razak.

At next week’s meetings at Beidaihe, Xi and his team will be desperately clutching for new answers, but don’t bet your negatively geared investment property on it.

“China’s illegal and aggressive island-building project in the South China Sea will come under the harsh spotlight of the annual meeting of foreign ministers of the South East Asian Association of Nations…..”

Well what would you do in the current circumstances where the world’s most powerful oligarchy – which still occupies Sth Korea & Japan some 70 years after the cessation of hostilities in WW2 – is mouthing off about a pivot into Asia…whatever that means.

If I were advising the Chinese I be urging them to build their defences bigger & more quickly.

Aussie MSM journos such as yourself write as though it’s 1985 & the world is still swallowing that US war mongering tosh about ‘home of the free’.

The Asia region is hardly looking like a great place for the world to be basing its future growth on.

So many things are finely balanced, the merde could hit the fan big time with only a little push.

For a more balanced and better informed analysis of what China is doing and why I recommend that people read the regular articles by Pepe Escobar. He is published in a variety of outlets, including Asia Times online, New Eastern Outlook and Tom Dispatch.

I would be banking my future on ASEAN not China. I have just spent a few weeks in Phnom Penh and the building boom just keeps booming, growth looks like a genuine 7% again.
And its not just apartment blocks going up, all around the country there are many hundreds of factories being built. And many of these are companies leaving China and enjoying cheap labour,a dollarised, business friendly economy with the worlds youngest population and a stable government.
People tell me that Western managers are not welcome in China anymore, by contrast Cambodia is attracting young expats from Europe who can buy apartments at ridiculously cheap prices and enjoy working in a very liberal country with minimal visa restrictions.