Nick McKim has held a seat for the outer Hobart division of Franklin in the state’s lower house since 2002. But who is he, exactly? 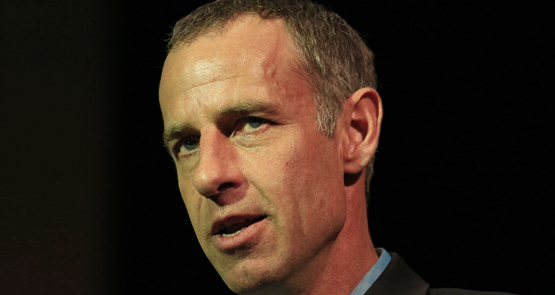 The Senate ranks of the Greens will shortly be joined by a new-yet-familiar face, after the party’s Tasmanian branch announced yesterday that its former state leader would take the place of its former federal leader.

Nick McKim has held a seat for the outer Hobart division of Franklin in the state’s lower house since 2002, and he fought two elections during his tenure as leader between 2008 and 2014.

He will now assume the Senate vacancy created by the resignation of Christine Milne, who is yet to formally announce the date of her departure  but gave what she described as her last press conference as a Senator yesterday.

McKim will come to Canberra with something none of the 16 federal Greens parliamentarians to have come before him could claim — ministerial experience.

Under McKim’s leadership, the Greens emerged from the March 2010 Tasmanian state election holding the balance of power in the lower house, having won five seats in a chamber of 25.

Thanks to the state’s proportional Hare-Clark electoral system and strong base of support for the Greens, this was not a unique feat. But whereas the major parties had flatly refused any notion of a power-sharing arrangement on two such occasions in 1989 and 1996, resulting in short-lived and unstable minority governments, McKim was able to manoeuvre the Greens into two cabinet posts in a governing alliance with Labor, eventually securing for himself the position of education minister.

However, as has so often been the case for green parties the world over who have forsaken the purity of protest politics for the sharp end of the government, these arrangements ultimately came at a bruising cost.

McKim found himself wearing responsibility for school closure announcements after a collapse in GST revenue, and the party shed a third of its vote and two of its seats when Will Hodgman led the Liberals to a sweeping victory at the state election last March.

Unhappy though the experience may ultimately have been, it served to illustrate the exceptionalism of the Tasmanian Greens, who served as a catalyst for the party’s emergence nationally and provided successive national leaders in Bob Brown and Christine Milne, both of whom led the party at state level before entering the Senate. As such, the identity of Milne’s successor was always going to be of particular interest.

The matter was determined by a ballot of around 500 party members, from which McKim emerged, by his own reckoning, a “comfortable” winner. This entitles him to serve out the remainder of Milne’s term, and then to take the top position on the Tasmanian Senate ticket at the next election — unless it’s a double dissolution, in which case he will hold the second position behind the Greens’ other Tasmanian incumbent, Peter Whish-Wilson.

The preferential voting process was also used to elect a second candidate, Rosalie Woodruff, who won the right to take the second or third position, according to circumstance.

A second seat at a normal half-Senate election would clearly be too much for the Greens to ask for, but if voting patterns in Tasmania are anything like they were at the 2010 federal election, a third seat at a double dissolution would be well within the realms of possibility.

However, the position is complicated by the fact that Woodruff seems all but certain to fill McKim’s vacancy in the state Parliament. This will be determined by recounting preferences from the votes that elected McKim to his seat in Franklin at last year’s state election, and it is clear from the primary vote totals that Woodruff was the most popular of the four unsuccessful Greens candidates.

Similarly, a recount of preferences from the Greens preselection ballot will determine who takes Woodruff’s place on the Senate ticket if she decides not to run. But the likely winner of such a recount is a mystery, as the party is not making details of the results publicly available.

Indeed, the party went to considerable lengths to ensure that the entire preselection process remained, to the greatest extent possible, an internal matter. As Tasmanian blogger Kevin Bonham relates, candidates were instructed not to do “anything that is intended to influence another member’s ballot” — which, it was noted, “includes (but is not limited to) the use of phone calls, emails, events, the media or social media to endorse or encourage people to vote for or against a preselection applicant”.

A spokesperson for the Tasmanian Greens told Crikey that this was designed to create a level playing field, in which “people who were better known weren’t advantaged more than people who weren’t better known”.

It may well be argued that such a position is consistent with the party’s policies on election campaigning, which include tight spending caps and strict limitations on donations.

But considering how much the party’s policy documents also have to say about transparency, it’s equally of a piece with a curious instinct for secrecy in a party that, in stark contrast to its rivals in the ALP, conducts its national conferences behind closed doors.

The reality of the modern DLP

Aside from the usual desperate lobbying to turn Greens Members’ robust and thorough internal democracy into a hollow, choreographed media carnival this is a good summary.

McKim is, I think, just the switched-on media savvy political warrior Di Natale needs at his back right now.

And you might want to doublecheck some of those Tas Greens preselection details with your source, 500 should be over 1000 for starters.

That last message came off as quite harsh, this is actually excellent coverage and obviously the correct details aren’t easy to come by, as they haven’t been released yet.

Cheers for the background on McKim.

Bill just can’t help his ole self can he, gotta snark at something he does not understand… these dang new fangled Greens refuse to conform to the tired image propagated by the outatouch dead tree meeja.