Malaysia's government is in crisis with allegations of corruption coming thick and fast. But of course, no one is suggesting the country pull out of the Trans-Pacific Partnership. 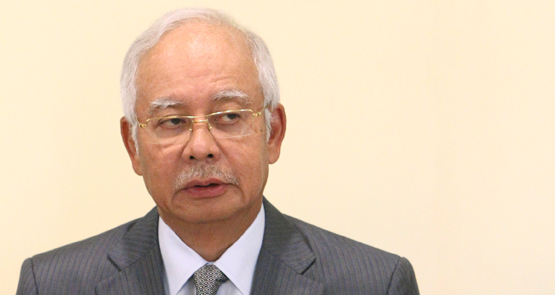 Malaysia’s Prime Minister has moved dramatically against his own cabinet and sacked his outspoken deputy, Muhyiddin Yassin, to try to ward off a massive corruption scandal that could hamper negotiation efforts in the controversial Trans-Pacific Partnership and lead to political turmoil in the country.

Prime Minister Najib Razak, his United Malays National Organisation (UMNO) and the Barisan Nasional coalition that has ruled the country since its independence in 1957 are in a state of panic about the pall of corruption, spectacular even by the UMNO’s exalted standards, that has now settled upon the country’s dank, steamy and endemically corrupt capital, Kuala Lumpur.

Najib himself is under enormous pressure, with The Wall Street Journal reporting that he is being investigated for allegedly funneling as much as $960 million into his personal accounts. On Tuesday, Najib also fired his attorney-general, who had been investigating Najib, Muhyiddin and others in the government.

At the centre of the scandal is state-investment fund 1 Malaysia Development Berhad (1MDB). Najib sits on the board, and the still-murky fund transfers are around this company and a string of others.

All up, four cabinet ministers have been axed to shore up Najib’s support in government and halt the investigation, which has been moving against him for at least two months. Four members of the bipartisan group on the Public Accounts Committee investigating the scandal were promoted to cabinet, taking them out of play and casting (deliberate) doubt over the PAC’s continued investigation.

“I have principles and my own stand in defending the rights of the people, the party’s good name and national interest,” Muhyiddin said on Facebook. “If my stand in this issue caused me to be dropped from the cabinet, I accept it.”

The cabinet moves were just the latest in a series of barely concealed attempts to try and escape the truth, and it will be a testament to Malaysia’s travesty of democracy if the PM manages to wriggle out of this.

The ethnic fissures in Malaysia are deep and deepening. The country is split three ways between the native Malays, who in the 2010 census made up about 49% of the population, and the Chinese 22%, who, as in most south-east Asian nations, are key to the business community. Indians (8%), originally brought across (as they were in other parts of the region) by the British as workers in colonial times, are very much at the bottom of the heap. About 11% of the population is other indigenous or Bumiputera groups.

To “protect” themselves against these two other groups, the Malays have long shielded themselves — and helped to run down their own country — with policies of positive discrimination that have caused many of their best and brightest to leave; many Malay-Chinese have come to Australia, to our benefit.

Malaysia matters. It is the third-largest economy in the Association of Southeast East Asian Nations, which represents Australia’s fourth-largest two-way trading partner. And of course it is part of the increasingly fragile TPP. It is one of only three countries in ASEAN with which Australia has a free trade agreement.

It is a vital cog in the machine of the region’s most stable and wealthiest nation, Singapore (let’s put the tiny absolute monarchy of Brunei and its odious sharia law to one side), and Malaysia is the main financial market supplying Singapore’s water, natural gas for its power generation and workers.

Najib’s track record so far fairly much speaks for itself. He has already locked up opposition leader Anwar Ibrahim on sodomy charges. Anwar is a one-time UNMO deputy under former prime minister Mahathir Mohamad and his removal 17 years ago was the last upheaval of this magnitude in Malaysian politics.

Long-time observers are now deeply concerned about returned to the situation of October 1987, when long-time PM, party chief and all-round autocrat Mahathir moves against his critics. At the time, police rounded up opposition Democratic Action Party (DAP) politicians as well as many from the Malaysian Chinese Association (MCA), and Mahathir shut down three newspapers.

Singaporean leaders have been deeply worried about Malaysia for the past six months at least, diplomats say. But as one wise Singaporean head said to me recently, be careful what you wish for. As has been witnessed in places like Egypt and Libya, and decades ago in Yugoslavia, regime change — particularly where there are already sharp ethnic divisions as there are in Malaysia — is a roll of the dice.

There is already a particularly nasty separatist civil war at play in southern Thailand between three Muslim majority provinces and the Thai military, in which more than 5000 people, including plenty of innocent bystanders have been killed in the past 11 years. Across the straits of Malacca, sectarian fighting in the Indonesian province of Aceh was only quelled by the 2004 tsunami.

“The growing trend of unsteady governments in ASEAN will require Australia to be nimble to deal with them,” a former senior regional Australian diplomat said. “Two of our old mates in the region, Malaysia and Thailand, have proven that their commitment to democracy and meritocracy is really shallow; how can you trust them?

And it’s now highly questionable — or at least should be — whether Australia can continues to negotiate with Malaysia as part of the TPP.

As China has shown us so very clearly in the months following the completion of China-Australia Free Trade Agreement, with its unprecedented round-up of activist lawyers and continued attacks on both Muslim groups and Christian churches inside the country, inter alia, free trade does not mean free anything else.

Australia is in a particularly invidious position as it lobbies together with Malaysia for justice on the shooting down of Malaysian Airlines flight MH17.

So let’s see if the Australian government, all bluff and bluster about freedom in far-off lands, once again stays mute about such a disturbing situation much closer to home.

The stack, the rort and the backhander: the self-serving plays corrupting government

Corporations against the democratic state, not democracy versus autocracy, is the main battle