Could Robb have protected Australia from corporate lawsuits?

Other states have grappled with the issues around investor-state dispute settlement. Andrew Robb has failed to learn from them. 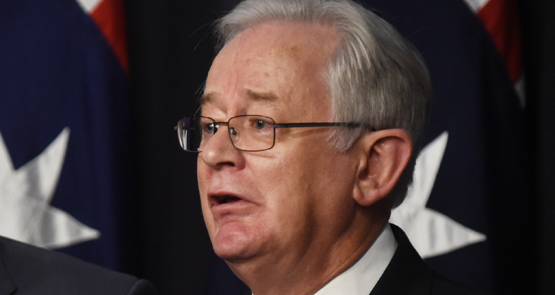 Trade Minister Andrew Robb’s commitment to carve out health and environmental policy from a Trans-Pacific Partnership investor-state dispute settlement mechanism is unlikely to arrest the surge the cases as multinationals sue governments around the world.

This week Robb, who has been discussing the TPP with fellow trade ministers and industry lobbyists in Hawaii, said: “We won’t move on ISDS until we’re satisfied that there’s a carve out for public policy on health and the environment,” in an effort to lead off concerns that the TPP investor-state dispute settlement provisions would open Australia to more cases like Philip Morris’ Hong Kong case against Australia over plain packaging of cigarettes.

Studies of ISDS cases over the last decade to 2013 — which chart a huge rise in such cases around the world — show that the biggest sectors for ISDS cases are mining and power generation. This has continued into 2014. While this suggests environmental issues could be a key factor, in fact many resources sector ISDS cases involve complaints about mining licence, but allocation of licences is a common ISDS dispute issue across a number of industries. The Indian government was sued after a court ruled that a process for allocating telecommunications licences was “arbitrary and unconstitutional” and cancelled the licences; licences allocated as a consequence of corruption could similarly become the subject of ISDS compensation claims.

Multinational efforts to avoid tax are also a frequent subject of such disputes: the Indian government has been sued by both Nokia and Vodafone in relation to decisions about their tax liabilities; a Spanish decision to increase taxation on power generators’ revenue also sparked ISDS litigation (ironically, the Abbott government’s decision to cut the Renewable Energy Target would be the sort of decision that might also be challenged).

Because the investor-state dispute settlement scheme is spreading from what used to primarily be a mechanism for enabling companies from developed countries to litigate against governments of developing countries to one that will facilitate litigation involving developed countries, the pattern of cases may shift away from resources, where developing countries are stronger, to services sectors where developed economies are much stronger.

The European Union has been grappling with popular anger toward ISDS in the context of the Transatlantic Trade Investment Partnership treaty between the EU and the US. So strong was the level of hostility toward ISDS that the European Commission suspended negotiations and began consulting about ISDS, then in May issued a paper proposing a series of measures that would strengthen perceptions of the legitimacy of ISDS. The commission suggested:

These would go some way toward addressing the concerns about the amount of power ISDS hands to corporations — often aided by litigation funders and ambulance-chaser lawyers — to derail good public policy (or in the case of corruption, reverse bad public policy outcomes) in the name of corporate profits.

Robb has done nothing to address these sorts of concerns, focusing on carve-outs from a process that is opaque, biased and incomprehensible to voters. The government has failed to learn from the European Commission’s experience: instead of demonising critics of investment treaties as xenophobes and economic illiterates, working toward a best-practice mechanism that address genuine concerns.

So the answer to he headline question is, from the evidence provided, clearly ‘Yes”.
So the overarching question then becomes – “Why didn’t he?”

Simple, don’t sign it. We get nothing good anyway.

Good stuff, Bernard!
I would really like to know if a future Labor Government (for example) can reverse our involvement in the TPP? Either totally, or just the ISDS clauses?
Does anybody know if this is possible? My current understanding is that once Robb signs the agreement, not even our parliament can alter it. Is this correct?
Thanks in anticipation of someone being able to answer these questions.

For government that doesn’t believe in “picking winners” Rob’s extremely limited choice of exemptions he is seeking is patently inadequate. Even the EU Commission’s sugestions don’t cut it.
Australia has consistantly rated highly as a country to do business in. Business needs stable government and a reliable legal system or an ability to gain exploitation of a county’s assets through corruption. The problem with corruption is well, you have to deal with people that are untrustworthy. A bit of a Catch 22. So we have done better than OK to date attracting the investment we want. The problem with the TPP and ISDS is you can attract the investment Australia does’t want or need but we will be unable to control. The current government puts great store on “we will decide who enters our country,” but then signs an agreement that disables the governmnet’s ability to exclude corporations. It is illogical and inconsistant policy. Human Beings we control, Corporations no.
I offer a simple answer that will cost Australia nothing. We don’t sign. Corporations who want to leave can go. Only those not making a profit will go, so obviously no tax revenue will be lost.
Secondly, what will the US do? They need us in the Five Eyes, they need us as a military base to surreound China and they need us to support their maniacal campaigns on the “war on terorism” and the “war on drugs.” It is time we grew up and realised how important we are to the US government even if the average American can’t tell us from Austria.
We have given enough sycophancy to the US because they “saved” us from the Japanese 60 years ago. We did benefit but it wasn’t a US gift. The US was at war with Japan and Australia as an unsinkable aircraft carrier between the Pacific and Indian Oceans was an invaluable asset to the US.
So Australia should just say no and the economic impact will be nil. Huffing and puffing wil happen but just like with China, trade will go on but without a lawer’s dream and aquisitave corportations gift.

Who better to make excuses for failures?