SBS and the ABC will be exempt from certain provisions of the Trans-Pacific Partnership. Bernard Keane and Myriam Robin report. 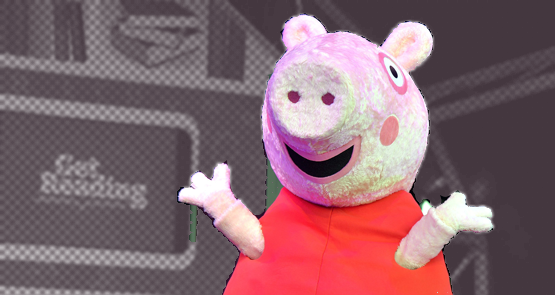 The Department of Foreign Affairs and Trade has taken the unusual step of declaring that the ABC and SBS would not be covered under a controversial section of the Trans-Pacific Partnership, after TPP provisions on state-owned enterprises were leaked overnight by WikiLeaks.

The provisions, contained in a leaked memo “SOE Issues for Ministerial Guidance“, which was written at the end of 2013, are not part of the treaty text, but a high-level document outlining areas of dispute and concern in relation to the section on “state-owned enterprises”. According to the document:

“The majority of TPP countries have supported additional disciplines on the commercial activities of SOEs and Designated Monopolies that go beyond existing obligations in the WTO [World Trade Organization] and in FTAs [free trade agreements], including obligations with respect to:

Because of the secretive nature of the TPP negotiations — in which only multinational companies and peak business lobby groups have been permitted to see, and help draft, the text — the definition of SOEs is unclear. If the ABC and SBS were included the bodies would be forced to “act on the basis of commercial considerations”, specifically breaching their current charter obligations (and, incidentally, incensing the commercial broadcasters). Some reports have already raised concerns that the provisions would strip the ABC and SBS of special regulatory treatment, and force them to act like commercial broadcasters. This could provide a justification for cutting non-commercial services such as local content in regional areas, commercial-free children’s programming and the broadcasters’ remaining specialist areas.

But in a statement to Crikey this morning, a DFAT spokesperson said that while DFAT did not comment on the authenticity of leaked documents, Australia’s national broadcasters were not counted as “state-owned enterprises” for the purposes of the TPP, “and their activities will therefore not be covered”.

“Commercial considerations is a concept aimed at ensuring an SOE’s decisions around purchases and sales are based on considerations such as price, quality, availability and other factors ordinarily taken into account by privately owned enterprises in the relevant industry,” the spokesperson said. “SOEs at Australia’s state and territory level will not be subject to this obligation.”

Expert analysis of the document by the University of Auckland’s Professor Jane Kelsey suggests the state-owned enterprise provisions could be subject to investor-state dispute settlement litigation by transnational companies, meaning that Australia could be sued in foreign arbitration fora if it failed to apply the provisions to areas that were not exempt. The SOE provisions would apply to any government-owned enterprise not exempted in the TPP. This could mean the reversal of the government’s attempt to force the Clean Energy Finance Corporation to invest in less commercial renewables projects, with the body required to invest “on the basis of commercial considerations” — which is in line with its current statutory mandate.

Other aspects of the provisions hinted at in the note have less application in Australia — government enterprises aren’t protected from legal action in Australian courts, for example. But we’ll only find out what other bodies have been exempted from the provisions after the government has signed Australia up to the TPP — unless you’re one of the large corporations that has had privileged access to the document.

One wonders whether we’ve been sold out on the phamaceutical benefits scheme?