It is well past the time for a determined reform process that would extend the role of women in Parliament. But are quotas the answer? Former Liberal minister for women Judi Moylan explains. 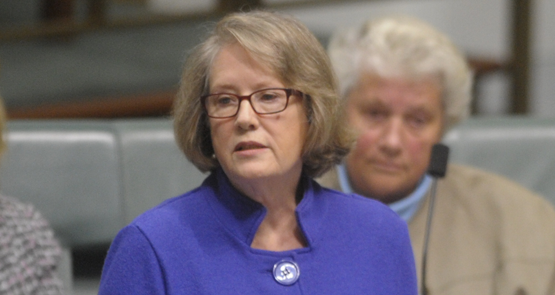 Countries that adopt quotas have been the most successful in achieving gender equality in political representation. But can quotas prevent women being treated as mere tokens, or from being consigned to unwinnable or marginal seats?

According to an analysis by the Inter-Parliamentary Union in 2013, quotas do resolve the quantitative challenge of balancing gender representation in parliament. But without removing the structural barriers to the full participation of women in politics, the hope for enduring and more balanced representation is unlikely.

It was Sir Robert Menzies, the founder of the Liberal Party, who early recognised the power of women in politics and elevated them to take an equal number of elected organisational party positions.

Under the current Liberal Party constitution (section 28a) one of four vice-presidents must be a woman and one must be a man. These are quotas, no question about it. So why are quotas a no-go zone in the contest for parliamentary representation?

Former leader of the opposition John Hewson strongly backed a scheme by the Federal Women’s Committee to establish the Liberal Women’s Forum (LWF) in 1993, to devise and implement a practical scheme to get more women preselected.

The LWF emerged from the ashes of the 1993 election to confront growing media attention to the low representation of Liberal women MPs and senators.

Following that election, the Liberals had 11 women in Parliament, compared to 13 women on the Labor side. Hewson included five women in the shadow ministry, while Labor, in government, had only three women on the frontbench.

An analysis by leading Liberal women Chris McDiven and Joan Hall drew the necessary conclusion that the number of women standing for preselection desperately needed boosting. Through the LWF they successfully devised and implemented a program of training and networking, which was trialed in New South Wales.

The first advertisement in The Sydney Morning Herald seeking women with talent and an interest in Liberal politics received 41 responses. So successful was this initiative that the LWF became a national program, and John Howard was the beneficiary.

A record number of women were elected in 1996, many in marginal seats. They helped sweep Howard to electoral victory and the prime ministership and played a key role in the Liberal ascendancy over the next decade.

Nevertheless and despite its obvious effectiveness, the LWF did not survive after the 1996 election. In the ensuing years the numbers of Liberal women on the benches have sharply declined to less than 22%. This contrasts with the Labor Party, where women currently make up 45% of elected representatives.

As the “gatekeeper” to political office, the organisational wing of the party must now work determinedly with the parliamentary party to turn around the growing public perception that it is not a female-friendly party.

Perhaps the party should apply the same anti-discrimination principles to preselections that apply to private and public sector employment?

In a 2013 lecture, leading Liberal author and now Victorian MP Margaret Fitzherbert highlighted the problem of female candidates being asked about their marital or parental status, describing the practice in Liberal Party preselections as “unacceptable”.

It is well past the hour for a determined reform process that would extend the role of women in our country’s highest law-making institution, both quantitatively and qualitatively.

In addition, parliamentary practice should move beyond standing orders that mainly focus on procedures to embrace a parliamentary code of conduct, a matter that has been investigated and reviewed, without resolution, for over three decades.

The Member for Murray, Sharman Stone, in a recent interview said: “[The] aggressive and adversarial tone [in federal Parliament] is one of the reasons why women are discouraged from entering politics.”

Parliamentary debate and engagement would better suit women and indeed gain greater public confidence and respect if it were less belligerent and more inclined to discussion and negotiation.

Perhaps then there might also be a chance for that “kinder, gentler” Parliament to which Prime Minister Tony Abbott aspired in 2010 and a greater enthusiasm from women to stand for office.

This is all very well but the elephant in the room is the number of male thugs in the LNP who surely put decent women off joining such a party. So much so that the only successful women in the LNP are female thugs such as the Bishop twins. Until the LNP faces up to this women will no doubt continue to look to other avenues to have a fufilling public life.

Thanks, Judi, for getting this historical information on the record. Things have got worse over the last 20 years for women’s representation as the Liberals have become more conservative and neo-con in their ideology and behaviour. One thing that happened was that the men discovered that they could encourage women who behaved like them. So now we have neo-con women as stayers for their party.
I don’t know how any intelligent woman with integrity can bear to be in the same party with Abbott and his nitwit crew in cabinet.
Thank goodness the women in the ALP have persisted with their efforts towards equal representation for women.

“kinder, gentler” – probably not if all we get are the likes of the Bishop twins.

Having a kinder gentler polity coming from an oppositional thug is rather akin to the same gentleman’s ( and I use the term loosely) current call for less xenophobic attitude towards a Chinese FTA, whilst at the same time demonising Muslims. Pot, kettle, black.

Mao Zedong: Women hold up half the sky. Bronwyn Bishop holds up the other half with backwash from the chopper.

Apologies for the trivialisation, but I have to agree with Terry Gouldon above, how many women want to join equivalents to Lucretia Borgia or Margaret Thatcher in the LNP who viciously attack decent and professional women like Gillian Triggs?