Tired of terror: Abbott needs a new agenda, and quick

The government has lost control of the political agenda to Labor. But what can it shift the discussion to? 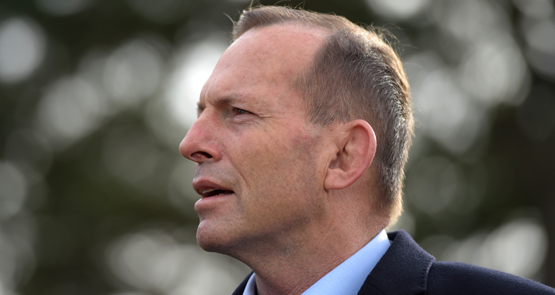 The Gillard government struggled to effectively use the virtues of incumbency until the second half of its term, when it elevated education funding reforms and the National Disability Insurance Scheme to the top of its agenda, but by then it was too damaged and destabilised.

Tony Abbott proved adept at setting the agenda in 2014, but Labor was only too happy to co-operate because the government was so incompetent in its communication efforts and its policies so harsh that it alienated voters every time it spoke. Abbott’s recovery since February, to the extent that a six-point lead to Labor is a recovery for him, has been based on trying to confine the agenda to national security as much as possible.

What Labor has done over the last week, in an unexpected display of political adroitness, is shift the agenda back to where it believes it has the advantage. And, unexpectedly, one particularly obvious ploy has been successful: women MPs. Crikey observed on Monday that the resolution for 50% of women MPs by 2025 was less about Labor than about pointing out one of the obvious problems of their opponents — the dearth of women in their ranks.

Liberal MPs Sharman Stone and Christopher Pyne, followed by a series of ministers, promptly took up the opportunity to have a debate about how the lack of women — universally agreed to be a problem — could be remedied. The Liberals, of course, don’t like quotas — or as John Howard called it, “the patronising use of quotas”, insisting that selection of MPs should be by merit. Sharman Stone skewered that when she pointed out that there’s a quota for Nationals in cabinet.

The problem with the “merit not quotas” argument is that merit frequently doesn’t play any role in preselections decided by Liberal factions or branch takeovers. The Liberal National Party in Queensland is a little different in consciously adopting more democratic preselection processes — one of the reasons why Wyatt Roy won preselection over much older and more experienced rivals in 2010 is that he simply impressed preselectors more in his presentation before the ballot. But even then, it’s not so much merit as preselectors’ estimation of merit. There’s no objective test for political “merit” that would somehow be violated by the imposition of quotas; the risk is that, if you haven’t been able to attract women to join the party as members, the talent pool on which to draw for any quota is shallower than for men.

Opponents of quotas also struggle when asked what the Liberals should do if other efforts to encourage women to join the party and seek preselection don’t succeed. This isn’t a hypothetical issue: the number of female Liberals has declined since the Howard years, as Education Minister Christopher Pyne observed. But the problem for the government is that such a debate achieves exactly what Labor wants it to achieve — emphasising the lack of women in their ranks.

The same problem applies to same-sex marriage. It’s an issue that the government can’t win on; Labor’s clunky position on the issue has merely stirred Liberal reactionaries to renew their efforts to, in effect, demonstrate how out of touch with voters the Abbott government is.

In fact, Labor is in the unusual position at the moment of having a smorgasbord of agenda items that suit it: if we’re not talking about women MPs or same-sex marriage, we’re talking about embattled Speaker Bronwyn Bishop, now so bloodied that she’s more or less on political death watch, and the longer she hangs on, the better for Labor and the worse for the government.

The flipside of the problem for the government is, what do they want to switch the agenda to? The economy? Hardly. Tax reform? Abbott has made that dependent on the states. The deficit? That’s now covered by a de facto Official Secrets Act. There’s only terrorism. More terrorism.

What if this is as good as it gets for Tony Abbott’s recovery? Bill Shorten has survived everything the government has thrown at him so far. Now Labor is shaping the agenda. This is a very dangerous period for the government, and more particularly for Tony Abbott. He needs to find something else to put on the agenda, and fast.

If the Liberal party truly preselects by merit then they must have a shockingly poor pool of members to choose from.

Stuart, can you think of anyone you know and respect who’d consider joining the Libbies?

From very personal experience, branch stacking and factional games are very alive in Liberal preselections, as is the involvement of sitting members hitting the phones.

Hmm, well actually its the media which determines the agenda.

A case in point – the Slipper scenario was front and centre for yonks on all media until cold water was thrown on the issue by Judge Rares.

From a regional newspaper:
[The Federal Court judgment tells a different story.

It tells of how Slipper staffer James Ashby worked with Ms Doane and Mr Brough to launch a political attack on Mr Slipper through a sexual harassment case.

It says they provided Mr Brough with copies of Mr Slipper’s diary entries for a national story by News Ltd journalist Steve Lewis, designed to bring Australia’s then Speaker down.

“Mr Ashby and Ms Doane had decided by 29 March 2012 that Mr Ashby would make allegations of sexual harassment in legal proceedings against Mr Slipper and would assist Mr Brough and Mr Lewis to damage Mr Slipper in the public eye and political arena with any information they could find,” Justice Steven Rares found.]

At this point the story was dropped like a hot potato by the MSM.

Similar is the way an existing ‘narrative’ can be twisted to suit the needs of the MSM and those it supports.

A case in point is how after the famous misogyny speech by PM Gillard the MSM persisted in framing the issue as one of her ‘playing the misogyny card’.
From memory Crikey was one of the few outlets to question that ‘line’.

The media will decide whether or not to ‘run with the ball’ on a story initiated by a party or may prefer to drop it before the play starts.
Or even feed the coming ‘narrative’ to their favoured party.

Poverty is an issue that rarely receives sustained front page treatment, if ever, but the discovery of a plastic sword in the hands of a ‘suspected terrorist’ is a major news flash and subject to beat up. With lots of flags.

Related to the theme of this article is an item I read a few years back in “The Advertiser” prior to a state election which noted that women candidates, including sitting candidates, particularly for winnable seats, were non-existent in Family First, rare in the Liberals and just less than equity in the ALP. It mentioned the ALP quota – just like this article did.
And, also like this article, it rendered the Greens invisible.
Yet the Greens have a positive for women gender spread in SA and Australia.
So their ‘invisibility’ in media with respect to this issue is difficult to understand.
Especially when they achieve such representation by capable women without the use of a quota.

Mind you I agree there is a limited range of topics the COALition and its supporters can turn to so as to distract attention from their incompetencies and ‘terror, more terror’ would be on the top of their list.
Could we perhaps add ‘union thuggery’?
Its an oldy but a goldy.