The launch for Greg Sheridan's memoir, When We Were Young and Foolish, featured a very nostalgic Prime Minister. 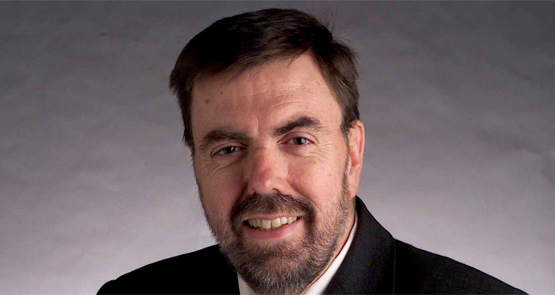 Before last night, when I attended the launch of his memoir, When We Were Young and Foolish, I hadn’t known that News Corp columnist and culture warrior Greg Sheridan was so amusingly self-deprecating. Or that he had a beautiful Indian-born wife called Jessie. Or that, although he was at Sydney University only six years before I, we appear to have been born in different centuries.

While I followed the more traditional student pursuits on the top floor of Manning Bar, Greg joined the Sydney University Democratic Club, where he befriended a young Tony Abbott over a “shared distrust of communism and admiration for B.A. Santamaria”.

The concept that two young men at university in the late ’70s would be joining an organisation that was still fighting the arcane sectarian battles of the ALP split, which happened in the mid-’50s, would be amusing if it weren’t so odd. Both became seminarians — Abbott at St Patrick’s in Manly and Sheridan at the fabulously named Redemptorists. Both became disillusioned with the seminary but have remained practising Catholics. Sheridan said last night that “every night when I thank God for his tender mercies, [Jessie] is the first of those”.

It explains a lot about why both are driven by ideology — the “left” versus the “right” — rather than examining the nuances of issues. In a sense, decades after the Communist Party has collapsed in this country and the Catholic Church has lost much of its power, they are both still carrying flaming torches for Santamaria. It’s as if they are both a generation older than their chronological age, fighting the pitched battles of the Democratic Labor Party long after it’s been consigned to the pages of history.

Anyway, it was a great launch, held at the Strangers Dining Room at NSW Parliament House. Former foreign minister Bob Carr was there (he’s in the book) along with Assistant Treasurer Josh Frydenberg, described at the launch as a “future Prime Minister”. NSW Treasurer Gladys Berejiklian and Victorian Senator John Madigan, Crown prosecutor Margaret Cunneen and editor-in-chief of The Australian Chris Mitchell also turned up, along with the outgoing and incoming News Corp chief executives, Julian Clarke and the well-liked Peter Tonagh, respectively.

Star of the show was, of course, the PM, who attended with his wife, Margie. In a recent interview with The Australian Women’s Weekly, Margie revealed that on their first date, Tony had taken her to the pub and delivered a long lecture on the history of the DLP. Last night, she still managed to look politely interested, a useful skill for any political spouse.

Addressing the author, he said that “politics does not go on forever, and I may well be knocking on your door offering to write on a regular basis”.

Abbott said Sheridan’s book was a “very self-aware and unusually revealing book. As a small boy, [Sheridan] was an explosive amalgam of Catholic and right-wing opinion, and what has changed?”

Abbott said that not long after the Liberal Party’s ignominious defeat in 1993 (when John Hewson lost the “unloseable” election) he had taken a call from Labor Party powerbroker and fellow Catholic Johno Johnson:

“Brother, it’s time for you to return to your true home.”

“But I can’t stand Paul Keating and his constant talk of becoming a republic.”

“Well, comrade, there’s no hope for you.”

Sheridan’s tiny granddaughter burst into floods of tears straight after the PM stopped speaking, a skill that could lead to a lucrative on-camera role at the next federal election. Finally the author spoke, relating an excellent anecdote about going on a long car trip with the PM to the Australian Union of Students annual conference in 1977. Abbott picked up the young Greg in a purple, eight-cylinder Leyland P76 and proceeded to play Glen Campbell’s “Galveston”, “Wichita Lineman” and Abbott’s favourite tune, “Dreams of the Everyday Housewife”, all the way to Melbourne.

In the book he says

“… if Glen Campbell was Tony’s favourite singer, John Wayne was by a vast distance his favourite actor. One night at the Abbott’s home a group of us watched The Searchers; my main reaction was that it was an inordinately long movie. But John Wayne was a bit like Glen Campbell, heroism encased in sentimentality, which in John Wayne’s case was barely concealed by a gruff exterior.”

Julian Clarke said he assumed that Sheridan hadn’t needed to worry about defamation and the potential cost of legal expenses (that got a hearty laugh).

In conclusion, Sheridan repeated the lines he had uttered at a farewell dinner for Tony Abbott after he was awarded the Rhodes Scholarship in 1981. At the dinner, organised by the Santamaria-founded National Civic Council, the author had said a few words about the future PM.

“I have never met a better man, nor had a better friend.”

Bonsai of the Vanities: sitting in stunned silence at Mark Latham’s book launch

“politics does not go on forever, and I may well be knocking on your door offering to write on a regular basis”.

And the sooner the better for all of us. Amen to that.

But more in relevance, don’t his musical and thespian tastes reveal the depth of the man?

“I’ve never met a better man or had a better friend”, that statement tells me all i need to know about greg sheridan

John [email protected]: As well as the driver (owner)of a purple P76…what can one say but…gah!