Hamish McLennan's sudden departure from Network Ten came as a surprise to just about everyone in the industry. Well, almost everyone. Glenn Dyer and Myriam Robin report. 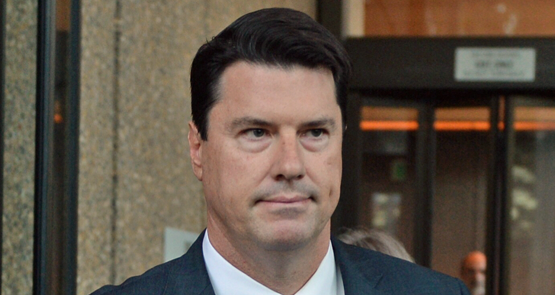 So stunning was McLennan’s departure that senior executives at Ten were not told ahead of the changes, nor were regulators, nor the exclusive-hungry media reporters on the News Corp title The Australian.

McLennan is credited with a promising turnaround at the network (the only one of Ten’s four most-recent CEOs who can claim that). His replacement (at a cheaper cost) is the network’s CFO and COO.

There would be no shift in strategy, Anderson has told the market. Indeed, the statement appeared at pains to say nothing much would change. McLennan credited Anderson as a partner who’d been a key part of the network’s current turnaround. Things would continue as they have — but McLennan himself is out.

Crikey understands many people, from regulators down to Ten’s lowest staffers, were surprised by the announcement. Key lieutenants and executives were not told it would come so soon. A board meeting at Ten took place first thing yesterday morning, with the decision signed off on and quickly announced to the market later that morning. McLennan, in fact, wasn’t at Ten yesterday morning and hadn’t been since leaving work on Friday night.

He will not be around to see the latest results of the ratings revival he engineered with head programmer Beverley McGarvey, which recently culminated in the news that the grand final of MasterChef had cracked the 2-million-metro-viewers threshold for the first time in several years, with the winner’s announcement hitting 2.8 million viewers across the country. A stunning recovery for the program and Ten (which also lifted its small share of free-to-air TV advertising in the January-June period).

Curiously for an outgoing media CEO, particularly one of such high profile, McLennan hasn’t given anyone an exit interview (not even The Australian!), with several journalists noting he didn’t return their calls. Instead, new chairman David Gordon, also announced yesterday, spoke to The Australian, but he didn’t comment on the reasoning behind the CEO’s sudden exit.

McLennan leaves with unfinished business. The Australian Competition and Consumer Commission is currently deciding on whether to allow Foxtel to take a stake in Ten. Many have hypothesised that his departure will help ease the regulator’s concerns over competition concerns — Foxtel is part-owned by Ten, and McLennan, who remains chairman of News Corp-owned REA, isn’t seen as a neutral party. It appears News Corp (really the Murdochs) has sacrificed a successful CEO at Ten to remove any direct links between the TV company and News.

Lachlan Murdoch is no longer directly involved with Ten, now that he’s a hard-working apprentice executive chairman at 21st Century Fox and News Corp. He does retain his stake of around 8.8%, but that is all. McLennan and McGarvey have removed most of the residue of the terrible programming and managerial mistakes that Lachlan wrought in his time at the helm of the network.

The sudden departure of McLennan contrasts with the transition announced, on the same day, at Foxtel. It’s changed its structure so it no longer has a chief operating officer, but the person who currently holds that position, Rohan Lund, is sticking around until September to help with the transition. That’s very much the way things are normally done.

Where will McLennan go? Talk is he keeps the chairmanship of REA Group, and a link to News Corp and the Murdochs, but some in TV reckon he will end up running the huge GroupM advertising and media buying group in this country because its owner, Sir Martin Sorrell (CEO of ad giant WPP), likes him. According to yesterday’s announcement, he’ll stay on in some capacity at Ten until the end of the year to “assist on a seamless transition”. The Daily Telegraph today reports this means he’s staying on as a consultant to Ten to help in the negotiating of the live AFL and NRL rights. If that is the case, he’s not totally removed, and the News Corp link remains tangible.

Network Ten deal back on the cards as ratings, ad revenue rise

Surely there is a lot more of interest to your subscribers?

Hi Possum. Crikey’s always covered the media and TV-land pretty closely, partly out of a belief that we’re one of the few outlets without ownership entanglements with others, and thus are able to report on these things without a conflict of interest. Especially when something significant in the media happens, we do devote resources to it (that’s partly why I’ve got a job here as the media reporter). Given we’ve done it for years, part of our subscriber base is very interested in this type of coverage. Sorry you’re not. I hope there’s other stuff in Crikey that interests you.

While possibly fascinating to the incestuous meeja industry, why are our subscriptions used to pay for articles of this (s)tripe?
Who gives a flying?

Thanks Mryiam, as a subscriber it was the first article I read today. It interested me greatly. Crikey really is the only source of unbiased and fair news reporting in Australia I know of.(not counting the ABC of course, a different medium).