Media briefs: the beauty of ripping off others’ work … no square eyes … Cosby’s accusers speak …

Nobody is watching TV anymore. Plus other media tidbits of the day.

The hell with your exclusives. The Daily Mail Australia’s editor Luke McIlveen and managing editor Peter Holder have sat down for an in-depth interview with Mediaweek, in which they say two interesting things about their strategy.

Firstly, on the importance of exclusives and scoops over repackaging other people’s content — something News Corp has slammed the Daily Mail over in the past. McIlveen said:

“Unlike newspapers, there’s no self-congratulations for breaking a story that nobody reads — just because you stick a big red exclusive tag on it doesn’t mean it’s actually good. I wouldn’t want to get carried away with claiming exclusives for the sake of it. Readers don’t care. We’re not writing for journalism, we’re writing for our readers. When the stories are important we’re out there breaking them, but it’s led by our analytics and our readers. If there’s more interest in running a story that everyone has but in a different way, I’d rather devote resources to that.”

Secondly, on the well-covered advertising problems at the Mail, Holder says things are improving:

“The thing I’m learning about a purely digital space is that none of it’s easy! We had some issues early on, but the great thing now is that we’re on everyone’s radars — they can’t ignore us. That’s translating into ad dollars now. There are some areas where we’re underdone and we need to get working on, but the mobile space is a great opportunity for everyone that nobody is yet fully realising.”

The gist of the piece is that the Mail, sooner or later, wants to be the top-read news site in Australia, up from its current position at fourth place. Here at Crikey, we hope it doesn’t get there by coverage like this … 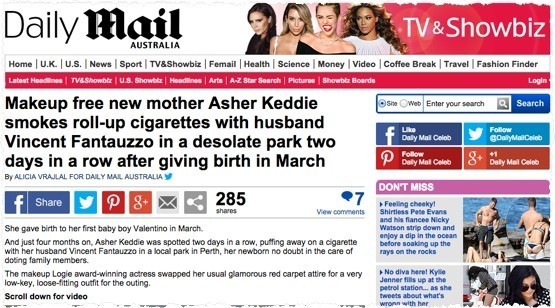 Video of the day. Peter Greste, back to his day job. Sorta … 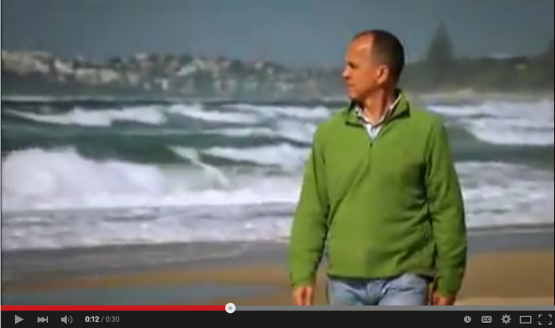 No one’s watching. Free-to-air television revenue in the year to June fell short of what it was in 2010-11, illustrating just how weak the industry remains at the moment. Figures released yesterday by Free TV Australia for January-June ad revenues showed a fall of nearly 0.6% to $1.8 billion. Added to the $2 billion in the July-December period of last year, total ad revenue for the 2014-15 financial year was $3.8 billion. That was $169 million lower than the record $4 billion recorded in 2010-11. It is a similar outcome to ad revenues for calendar 2014, which ended up lower than 2010. Metro revenue totalled $1.4 billion, up 0.16%, or just $2 million. In contrast, regional TV revenues fell 3.07% to $413 million.

The weak performance in 2014-15 has been confirmed by downgrades from Seven (in late 2014) and Nine (a couple of months ago). Ad revenues for pay TV are not published. The Seven Network lost market share over the period, slipping below its now-customary 40% to 39.5% and almost two points below its 41.3% in the six months to June last year. Nine was steady on a 38.6%, according to the data, which is supplied by the networks and collated by accounting body KPMG and released by Free TV Australia. The Ten Network’s rose from 20.1% to 21.9%. But back in 2010-11, Ten’s share was 28.85% in the January-June period of 2011.

On a state-by-state basis, Western Australia was the strongest market, up 0.6%, while the NSW market also grew, rising 0.4%. The worst performers were Tasmania/NT, which fell 6.5% (off a small base), while South Australia fell 3.2% — confirming that the state is in the midst of an economic slump (as the jobs data confirms).

Front page of the day. A cover for the ages, as 35 women assaulted by Bill Cosby pose for New York Magazine, including an empty chair in the bottom row, representing the unspoken survivors of sexual assault … 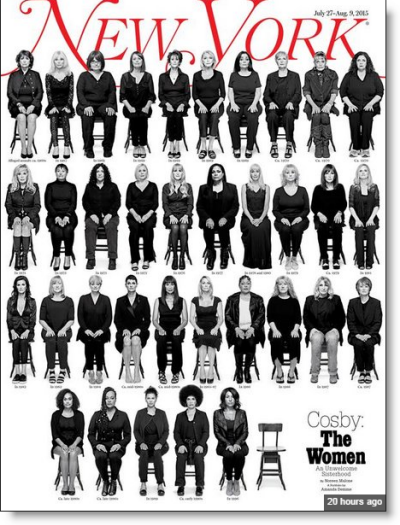