ISDS benefits only corporations, and governments lose out even when they win, the evidence shows. 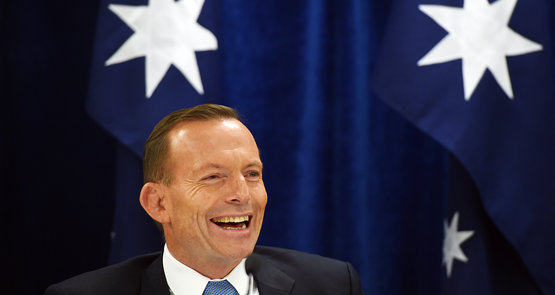 Australian sovereignty is at risk under the Trans-Pacific Partnership, with evidence showing a toxic combination of corporations, ambulance chaser law firms and biased arbitrators will be able to overrule our laws.

The investor-state dispute settlement mechanism that the Trans-Pacific Partnership will lock Australia into is biased in favour of transnational corporations, evidence shows, and costs governments millions even when they “win”.

ISDS clauses in trade and investment agreements allow transnational corporations to leapfrog domestic courts and sue governments in international arbitration forums for any policy change that they can argue has cost them money. The Productivity Commission devoted a long section of its most recent Trade and Assistance Review to identifying the serious problems relating to ISDS clauses and explaining the lack of evidence for them. The PC also explored the wide variety of problems around ISDS in a 2010 report.

With the government and its DFAT negotiators apparently hell-bent on signing Australia up to an agreement at the TPP negotiations in Hawaii this week, Labor passed a resolution at its weekend national conference to review all existing ISDS clauses and phase them out where it could.

Proponents of ISDS have insisted that the evidence of ISDS cases from around the world shows that states win far more cases than corporations, so ISDS mechanisms represent minimal threat to policymaking. However, a breakdown of recently published data from the United Nations Conference on Trade and Development shows this is false. Corporations have won 60% of cases that have been determined on their merits — after cases that were struck out due to jurisdictional decisions are removed (most jurisdictional decisions are also won by corporations). Moreover, 26% of all cases are settled, frequently with a significant payout from the government involved to the claimant corporation. A subsidiary of Maersk, for example, won nearly US$1 billion in a settlement with the government of Algeria; a Dutch company settled for US$600 million with Venezuela.

Bear in mind that this is a one-way street for governments — they can never initiate litigation against transnationals under ISDS; they can only ever be sued. And even when they “win”, governments face significant litigation costs. A 2012 OECD survey found average costs of $8 million per case, but costs frequently range into the tens of millions (partly reflecting the costs of using international arbitration forums, which can cost between US$600,000 and US$1 million). Increasingly, large international law firms and litigation funding companies are offering to fund corporations’ ISDS cases in exchange for a share — between 20% and 50% — of the winnings, reflecting a more realistic estimation of the chances of success than the rosy outlook proffered by ISDS advocates.

And even if corporations fail in their claims, they don’t bear the cost of litigation for the governments they have, sometimes vexatiously, dragged into court. A 2014 study showed “the most frequent pattern is that tribunals order the claimant and respondent to carry an equal share of arbitration costs and their own legal costs, irrespective of which party lost or won.” And when tribunals do decide to reallocate costs, it’s usually in favour of corporations, not governments.

Then there are the arbitrators themselves. A 2012 study revealed that just 15 arbitrators had determined 55% of investment treaty disputes; three had been on boards of major international companies; one even boasted that sitting on a board had “helped me in my practice as an international arbitrator. It has always provided me with a vista on the business world that I would not have known as a lawyer.”

What benefits does ISDS actually provide? The PC demonstrated in its report in June that the presence or absence of ISDS mechanisms in a trade agreements has no impact on investment levels.

“ISDS protections are not necessary or sufficient to foster investment flows between developed countries with transparent and well-functioning legal systems. The majority of Australia’s IPPAs [Investment Protection and Promotion Agreements] have been largely negotiated with less developed countries with perceived higher levels of sovereign risk and questions over the reliability of their legal systems. Despite these agreements, the share of Australian investment abroad accounted for by IPPA countries represented just 6.4 per cent of Australia’s outward foreign investment stock in 2013 (excluding Hong Kong which has a highly developed, English-based legal system). While this share has increased over the decade, it is not clear whether the presence of ISDS materially influenced the relative growth or whether it was the result of broader factors relating to commercial opportunity.”

With so many costs and no benefits, it is unclear exactly why DFAT and Andrew Robb are prepared to damage Australia’s national interests by embracing ISDS in the TPP — which, because the US is a signatory, would reverse the Howard government’s decision to exclude ISDS from the Australia-US Free Trade Agreement.

ISDS, like much of the rest of the TPP, is more like a power grab by powerful transnationals, facilitated by ideologically obsessive governments and cocktail-circuit diplomats — many of whom will go onto corporate careers and board memberships themselves — at the expense of democracy and good public policy.

Yep – good question. I’m stumped – what is the reason for advocating for them? I can’t see the justification of granting inbound-investment companies protection from adverse changes in the law when (a) no other domestic company in the relevant market has that protection and (b) they don’t enjoy such “immunity” in their home country.

If the reason put up is that we can’t attract investment without it (which is no doubt the stock answer ready to go), then tell them to bugger off.

I guess it would mean if there was an “adverse” change in Australia’s media laws that Rupert could sue the Australian taxpayer for any losses? That would be a nice one.

Has any journalist (or maybe even the piss-weak ALP) actually thought to ask Robb the reason why he’s fighting for it?

The answer as to ‘why?’ is neatly summarised in the last half of the last sentence. We are being sold down the river. Why else would the talks be conducted in secret ? This is treason

Should the ALP declare that when in government it will repudiate all ISDS arrangements?

Because Crony Capitalism, that’s why. A lot of the companies that will benefit from the opportunity to sue as their existing business models become less relevant (especially in sectors like energy and pharma) are major donors to the Coalition). It’s that simple. What ever gave you the notion that these guys are interested in what’s good for the nation?

@ Vern Tack – It is my understanding that once the TPP agreement is signed, there is no way we can get out of it.
Think Bernard mentioned that at the ALP Conference a resolution was passed to remove the ISDS provisions in ?any/all free trade agreements – “phase them out where it could”.
Doesn’t sound very promising!