Mayne: are firies and council staff earning too much?

If you want to trim the fat of local government, start by looking at how much public service providers, like firefighters, get paid. 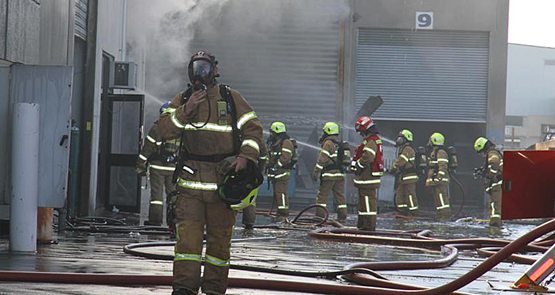 The Herald Sun has been at it again over the past week, linking council rate rises to immaterial local government spending, such as sister cities, arts programs or the odd court case with political overtones.

Indeed, the paper editorialised on Saturday that “waste and inefficiency” was such a concern that it might be time for more Kennett-style council mergers.

Yet, in its long and repetitive campaign of council bashing, Australia’s best-selling paper never mentions the single biggest expense for ratepayers: the relatively generous and usually quite inflexible enterprise agreements for council staff.

Why is this so?

Municipal Association of Victoria (MAV) boss Rob Spence recently told a group of mayors and CEOs that the media simply refused to cover the issue of salary costs for councils, even though it was the biggest factor in the scope and quality of services councils can deliver.

It is also largely a no-go area for elected councillors, and the Victorian legislation specifically mandates that all staff issues must be handled by the council CEO.

And whenever the MAV makes noises about getting involved in enterprise agreements, a few city-based council CEOs usually tell them to keep out, which has the effect of leaving the sector without an employer organisation to help manage its biggest cost.

The result of all this is that the Australian Services Unions has had an easy run in recent years securing more than a decade of above-inflation wage rises, which have been funded by similar above-inflation rate rises. There probably should be one local government enterprise agreement for the whole state, but instead councils get picked off one at a time.

At the City of Melbourne, the enterprise agreement was a major factor contributing to the disclosure in last year’s financial statements that we have 153 staff earning more than $130,000 in 2013-14.

I’ll defend the quality of the staff and the idea that the capital city should pay a premium any day, but no mainstream media outlet has ever reported this data or asked for a comment.

Yet the Herald Sun is acutely concerned about council costs and keeps banging on about $10,000 travel expenses or whatever is in the public arts program.

Councils pride themselves on being very transparent and doing far more than any other level of government when it comes to community engagement, yet both of these normal local government features are sadly lacking when it comes to the enterprise agreement.

While every contract worth more than $150,000 must be put out to tender and councillors vote on dozens of contracts every year, the enterprise agreement contract doesn’t have to go to the council, and most councils don’t even disclose what’s in the agreement on their websites, let alone consult the community.

At the City of Melbourne we have a complex 98-page enterprise agreement that has 1041 clauses or sub-clauses.

The next agreement is due to commence on July 1, 2016, and at almost $500 million over three years, it will be the biggest contract the City of Melbourne has ever entered into.

It doesn’t matter what aspect of public life you are talking about, lack of public scrutiny can sometimes lead to excesses. For instance, the City of Los Angeles employs 3500 firefighters who each earn an average of US$175,000 a year, but the LA media never report this and most local residents wouldn’t have a clue.

Similarly, employees of the Metropolitan Fire Brigade in Victoria have arguably the most generous and inflexible enterprise agreement of any public sector workers in Australia.

Yet when the Liberal Napthine government introduced a $600 million fire services levy to be collected through local council rates notices, there was no media coverage that challenged whether ratepayers were getting value for money from their firefighters, many of whom bravely protect the community but also have second jobs or run businesses on the side.

The Age reported on Friday that the United Firefighters Union was gearing up for industrial action to ensure the Andrews government folded on a new pay deal, like every previous government has done in recent years.

Long-serving UFU secretary Peter Marshall has done an excellent job on behalf of his members, but there is never any community or media debate on the value-for-money question or the opportunity cost, such an under-investment in infrastructure.

The City of Melbourne’s enterprise agreement has some staff working a 35-hour week, while most do 38 hours. Almost half of the staff are currently working a nine-day fortnight, and one division has guaranteed job numbers of at least 150.

It would be interesting to know what the community thinks about all this, but they’ve never been asked, let alone advised. Given the success of Melbourne’s recent “people’s panel” advising on the inaugural 10-year financial plan, why not set up a citizen jury to give non-binding advice on the next enterprise agreement as well?

I’ll probably get in trouble for even daring to discuss these issues, but given the materiality of the numbers involved to council operations, especially in a coming environment of rate-capping, surely it is a conversation that can be conducted factually and maturely in public, even if the mainstream media refuses to play its part.

*Stephen Mayne is chair of the Finance Committee at City of Melbourne and was not paid for this item.

Well said Stephen and good on you for putting this out there. Yes – you probably will cop it for this.

It is somewhat bizarre that the labour costs for local government seem to fall into a black hole away from scrutiny but fairly minor “symbolic” cost are pored over like flower arrangement costs. Anyone associated with equivalent size organisations know that the number of staff and what they are paid goes a long way to impacting overall financial results. It is inevitably in the spotlight. As for the fireys – a more protected species i’ve never met (and i’m speaking from first hand here).

Would you run into a burning building for a living?

Also, it’s instructive to spend time with ambos and other “first line” workers (man, are nurses underpaid or what?). You have to maintain an even keel wile the people you’re helping are under extraordinary stress, watching their injured loved ones, their burning building, their universe in the process of dislocation. Most people are respectful, but a lot aren’t.

I’ve been in several positions that have put me in the top 1% of salaries in this country. I’m still there. I understand long hours and stress. But no executive job I’ve seen is as stressful as the things firemen, ambulance drivers and paramedics, and nurses have. I wouldn’t do it for ten times my current salary.

It’s worth remembering that our best-paid employees in Australia *don’t* have customer-facing roles. Funny that.

Go after the bankers if you’re unhappy. You’re paying for them, too, just not the same way.

What the hell is the Hun doing? Can bash both the Council and the Unions in regards to EA negotiations. Standards have dropped indeed…..

Fire Fighters and front line workers should be paid well.

sw – they are paid very well.

Both of you suffer from the same affliction of putting them up on a pedestal when it comes to how they should be remunerated – they are the protectors of the community so we must give them more and more. If it was a really tough, underpaid gig you’d think it hard to find people wouldn’t you? Currently in Victoria they aren’t taking any applications as they have plenty in the system to fill the very few vacancies they get. I saw in another state recently the ratio of successful applicants to those who applied was less than half a percent. No one wants to leave, and everyone wants to get in.