The official proceedings kicked off this morning, with Bill Shorten inexpertly channelling Julia Gillard and telling the party faithful he had a three-word slogan for Prime Minister Tony Abbott: “bring it on”. On the topic of slogans, we were left wondering if the slogan picked for the conference was a bit of an afterthought. “Advance Australia” read the big screens and the lectern. Are they missing the last word, we wondered. But no, it seems to be on purpose. Crikey will be live blogging the Labor National Conference all weekend, bringing you all the ins and outs of the debates and votes. 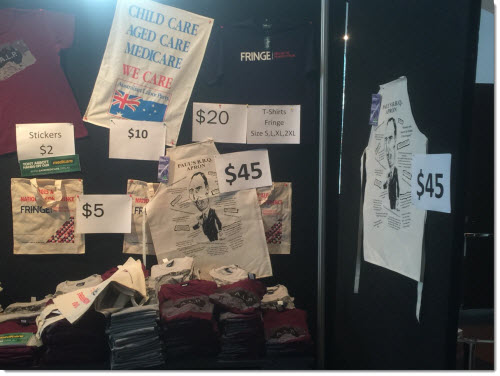 Wyatt Roy going to Splendour. While many eyes will be on the ALP national conference this weekend, the hipsters will be at Byron Bay, where music festival Splendour in the Grass is taking place across the next few days. The line-up also features some non-musical events, including the ABC’s Tony Jones hosting a festival version of Q&A with Freedom Boy Tim Wilson, Greens Senator Larissa Waters and Liberal MP Wyatt Roy. While Roy’s senior colleagues on the Coalition frontbench are still boycotting Q&A in the studio, his spokesperson wouldn’t be drawn this morning on whether the youngest MP had considered boycotting the Splendour version of the program. The rules are always different up at Byron anyway.

Like a wrecking ball. Host of Insiders Barrie Cassidy decided to get with the 21st century yesterday, joining social media platform Twitter. He started with a bang this morning, his first tweet announcing the departure of director of news at the ABC Kate Torney. We understand that Cassidy is new to the medium but he’s been a bit slow on picking other users to follow, with just four listed this morning: 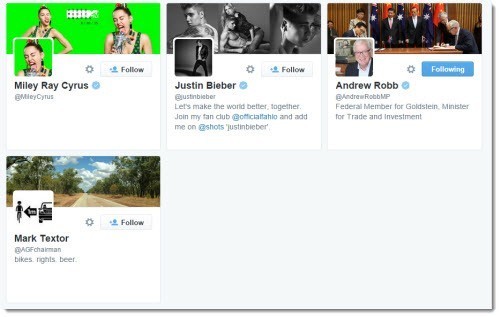 That’s right, Barrie Cassidy has decided that the four people worth following are Andrew Robb, Mark Textor and popstars Miley Cyrus and Justin Bieber. The things you learn. 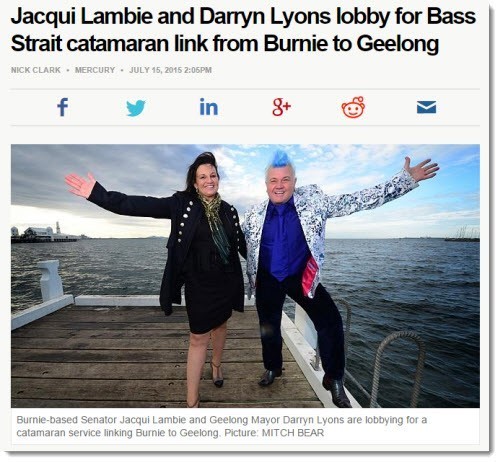 Grill’d loses friends. Grill’d managing director Simon Crowe announced yesterday that the beleaguered burger chain would negotiate a new workplace agreement with its employees after reports that the company is being sued by one former employee, and a former manager saying that traineeships were used as a way to keep wages down. The fallout has resulted in a lot of bad PR for the company, and it seems that the hit to its reputation is coming from a few angles. We hear that some not-for-profits are pulling out of the “Local Matters” program, in which stores donate money to local charities and not-for-profits according to customers’ preferences. Community groups generally use the opportunity to spruik Grill’d to their supporters. We asked Grill’d if the scandal had affected their relationships with not-for-profits, and were told by a spokesperson “Local Matters is an integral part of what we do. We want to engage with our communities for their benefit, and if they choose not to partner with [us] it’s their decision.”

When it comes to conferences, the ALP should look to the LNP

A good wrap-up of juicy bits of news. The Labor Party has just lost a supporter when they supported the ‘Turn back The Boats’ monstrosity. They need to suck up to Indonesia, go over there with the UNHCR, sort out the ‘fair dinkums’, bring them back on OUR boat or plane , send the obvious villains back, and leave the ones who need further investigation, which our underworked Immigration Department can get busy investigating. QED..