They fought the media and they … won?

Sometimes a defamation case brings more heartache (and cost) than it's worth. Here are five times high-profile people took on the media, and while they technically won, the cost might have been too high.

The term Pyrrhic victory has been thrown around a fair bit in regards to Treasurer Joe Hockey’s win against Fairfax in the “Treasurer for Sale” defamation case, but he’s hardly the first to win a defamation case and leave people wondering whether it was worth the effort. Hockey’s win has cost him a lot of money, not to mention political capital (and it directed thousands more readers to the story than would have initially read it). We take a look at other key figures who took on the media and won, but at considerable cost.

After six years in court, the late Sydney solicitor John Marsden won his defamation case against Channel Seven after Today Tonight claimed in 1995 that Marsden had paid underage boys for sex. It cost Marsden over $6 million in legal costs, and he said after his victory that “no amount of money” would be able to compensate for the pain and the humiliation he endured during the case.

In 1997 Pauline Hanson obtained a court injunction against Triple J playing Backdoor Man, a song by Pauline Pantsdown, a drag queen who edited together bits of Hanson’s speeches for the song. In response to the injunction, Pantsdown released I Don’t Like It, which went to No. 10 in the ARIA charts, and still makes its way into Rage playlists or gay nightclubs from time to time. 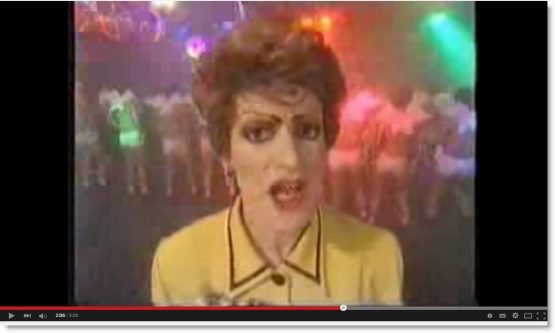 Eddie Obeid v Fairfax (and everyone)

Former Labor powerbroker Eddie Obeid has sued a number of publications and journalists over the years and won, but that has not seemed to stop journalists like Kate McClymont from reporting on Obeid’s activities. In his judgment in the “Treasurer for sale” case, Justice Richard White noted that “at the time of publication, the name ‘Obeid’ had come to be associated in New South Wales and elsewhere with corruption”. 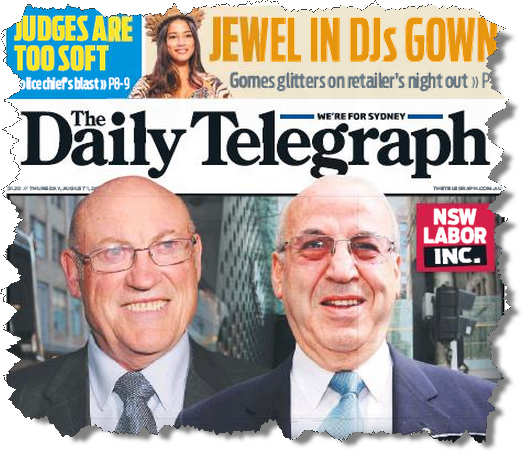 Columnist for The Australian Chris Kenny obtained a $60,000 settlement and a grovelling apology in 2014 from the ABC over a sketch aired by the Chaser Boys (average age: whatever Gerard Henderson’s dog Nancy says) that included a digitally altered image of Kenny having sex with a dog. Kenny claimed victory, but the Streisand effect has dogged him since.

Sarah Hanson-Young successfully won a defamation case against Zoo Weekly in June over digitally altered images of her head on a model’s body. Hanson-Young has argued that while it was a huge concern as a mother that a Google search of her name still brings up the photos, it was important to take a stand against sexism. 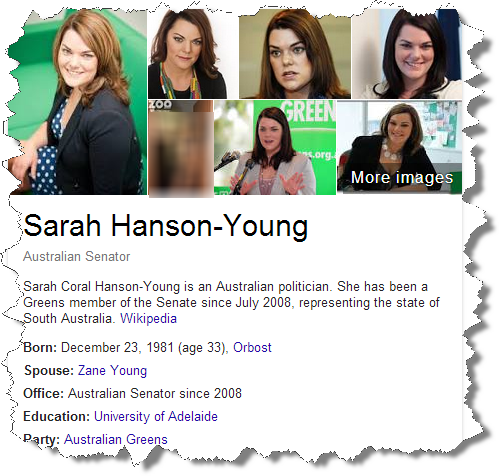 Is the SHY picture really so offensive it needs to be pixellated?

It’s not a pic of her, anymore than the nonPauline pics were of the Oxley Moron.

Now where have we read this “news” recently? Of course! It’s another Crikey Regurgitation of old ‘news’.