Hockey has fallen off his "tiger", writes Nicholas Pullen, a Melbourne-based partner with HWL Ebsworth, specialising in media and defamation law. 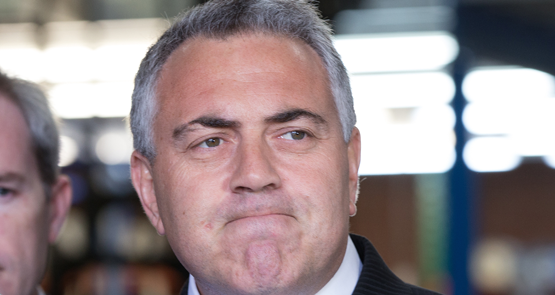 The history defamation cases is littered with Pyrrhic victories.

The case of The Honourable Joseph Benedict Hockey v Fairfax Publications & Others will definitely be among them.

In a decision on the awarding of costs, Justice Richard White of the Federal Court determined that Hockey should pay 85% of his own legal costs.

To put it another way, Fairfax must pay only 15% of Hockey’s costs, on top of the $200,000 damages previously awarded. When this is set against the overall costs that would have been incurred in a five-day hearing with one of Sydney’s leading silks, a second barrister and a barrage of top-flight lawyers, it’s not hard to see the judgment will hurt Hockey’s finances.

Normally, a win in a defamation action means there is an award in favour of the plaintiff’s costs. Or, as they say in business, “the costs follow the cause”. So what went wrong here?

In a nutshell, the claim was overly ambitious. Only three of the 15 publications he sued on were successful. One was a poster published by The Sydney Morning Herald, and the other two were tweets by The Age. It was the unsuccessful claim on the articles that led to the undoing of the costs claim. Due to the greater amount of legal argument going into the articles, the court held that Fairfax should benefit the most on this point.

As White noted in his judgment:

“Had Mr Hockey sued only on the SMH poster and the two tweets of The Age, the proceedings would have been much more confined and, possibly, may not have involved a trial at all.”

No two defamation actions are ever the same when it comes to the facts being examined under the intense glare of legal analysis. However, what they have in common are incredible and crippling legal costs that can devastate a plaintiff, even when they win.

The judge made reference to the action by Sir Leslie Thiess in his defamation action against Channel Nine in 1991. In that action, Thiess was only partly successful in his claim and was awarded $55,000. However, with appeals, it’s been estimated the case cost the plaintiff in excess of $1.3 million.

Then there is the celebrated 19th-century defamation case (second only to Oscar Wilde’s in the same period) where the famous artist James McNeil Whistler (as in “Whistler’s Mother”) took action against art critic James Ruskin. Whistler sued over Ruskin’s assessment that one of his paintings was like “flinging a pot of paint in the public’s face”.

Whistler alleged such a review implied he was a fraud, and the jury agreed. However, they only awarded him a farthing. To add to the debacle the judge failed to award any costs. Whistler was financially ruined for the rest of his life.

There is a tried and true maxim that applies to plaintiffs in defamation actions that likens taking on such litigation as riding on the back of a tiger. If you fall off you’ll be mauled severely. It appears the personal finances of the nation’s Treasurer have just taken that fall.

*This article was originally published at New Daily

So you tell us that Hockey will end up with $200,000 minus 85% of his costs, but omit to say what you feel those costs may be. Have you taken into account what his lawyers may after the legal dust settles [and you’d be aware this is a common enough practice] end up not pursing?
You’re correct in referring to the effects of over-ambitious cases. Look at how in the famous “Power Without Glory” Trial Hardy was saved for that reason, even though his book was clearly libellous.

But the lawyers got access to Joe, surely they should be paying him for the privilege?

Given his performance as Treasurer, I doubt Joe can even work out that he lost!

Not being privy to what lawyers charge, could you fill us in on what “a five-day hearing with one of Sydney’s leading silks, a second barrister and a barrage of top-flight lawyers” might cost? $10,000 a day? $1,000,000 a day?

The opportunistic leaner lost. Just make sure the Australian taxpayer doesn’t pick up the tab one way or another. Strange things happen with these Liberal party politicians when it comes to accessing the public purse, just ask Bronny, she knows how to do it.