Five years on, are ABC journalists still so critical of ABC News 24? 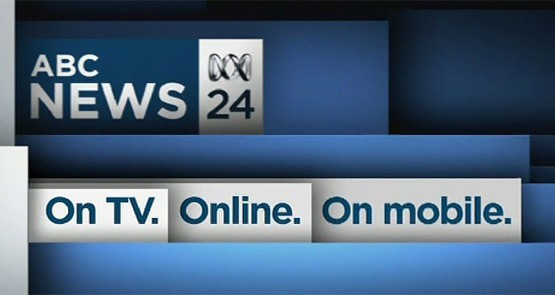 When ABC News 24 launched, many of the ABC’s own journalists called it “Jetstar”. They were fearful it would, as Jetstar did to Qantas, cannibalise and degrade the fine reputation of ABC News, replacing considered, daily broadcasts with rolling coverage of fluff. ABC News 24 founder Gaven Morris acknowledged the extent of internal disquiet over the station’s launch at an event yesterday at the Melbourne Press Club to mark the channel’s fifth anniversary .

A week before the station launched, Morris said, he and his then-deputy (now News 24 editor) Tony Hill couldn’t get any of the ABC’s 1000 journalists to rehearse a live cross. “I sat down with my incredible deputy [Tony Hill] and said, ‘what on Earth have we done, this is going to be a disaster’,” Morris said. But it wouldn’t be stopped. With firm support from management and Morris’ own resolute belief that it was essential for the ABC to have a rolling news channel, News 24 went forth into the world.

The ABC initial sought federal government support for the channel, but when it didn’t receive extra funding, it launched it anyway, using internal savings. A new desktop editing system allowed journalists to cut content for their own stories for the first time. Automated studios dramatically reduced the size of studio crews required to put internally produced content to air. “Instead of needing eight or more staff in every capital city to put one half-hour news bulletin together, we could do it now with one,” Morris said. “We sadly said goodbye to dozens of studio editing and technical staff.”

The difficult birth was necessary to prepare the ABC for the online news environment, Morris argued. He credited News 24 with having changed the ABC’s internal culture, preparing it for the rolling coverage necessary in the online world.

“I think we couldn’t have done breaking live news on any of our digital platforms without creating News 24. It wouldn’t be possible.

“It’s no coincidence that in the past two years, as News 24 has delivered more and better live breaking news reporting, our news website has risen from seventh or eighth in the Australian market to third.”

News 24’s biggest internal supporters outside of management, Morris said, were the ABC’s foreign correspondents, who saw it as a crucial way to get developing stories to their audiences. “They were the ones that were the most earnest contributors to News 24 in early days, and showed the whole newsroom how to do it and why it should be done.”

News 24 was conceived after Morris returned from a decade working overseas for major newsrooms like CNN and Al Jazeera. He was shocked that a mammoth organisation like the ABC had no plans to cover major upcoming news events live and was giving away its scoops — like the campaign to knife Rudd, first revealed on ABC’s 7pm news in 2010 — to competitors like Sky as soon as Aunty’s regular news bulletin ended. “To me it was essential to justify the investment taxpayers and the community pay to the national broadcaster,” he said. “You’d invested in a trusted broadcaster to provide trusted news coverage, so that investment should provide coverage whenever events are unfolding, for free, available everywhere, on any platform.”

In 2014, News 24 had an average weekly viewership of more than 3.5 million, which tended to go up when major events occurred. That compares to just under a million for its major pay-TV competitor, Sky. After five years, News 24 is now established and unlikely to go anywhere, but remains controversial within some sections of the ABC. Crikey has spoken to numerous journalists who lump its creation in with broader resentments about the digital direction of the public broadcaster, with traditional coverage squeezed and cut while new online audiences are chased. Even the “Jetstar” moniker was reprised in public six months ago, when Sarah Ferguson raised the analogy in her rebuke to ABC management, delivered, gallingly, in front of the entire Walkleys audience.

Asked by Crikey whether he felt he’d won over internal critics to News 24, Morris said it was hard to argue with the pull of an audience 4 million-strong.

“Have we won over everybody? Possibly not. Is it now part of the daily lives of every journalist at the ABC, and are most of them eager and willing participants, I’d say yes, they certainly are. The power of 4 million viewers every week is pretty big.

“In the Australian marketplace, and this is no offence to Sky News, but before we started, very few people had access to a news channel here, unlike very other very mature news markets, where there are lots of news channels, all competing, all part of the day’s news coverage. Before 2010, [most people] didn’t know what a news channel did, didn’t know what it was for.

“I think everybody has got to learn what live broadcasting is. As a result of that internally, we have won over many. On a daily basis, is everything as efficient as we’d like, no. But is there active opposition anymore? I don’t think there is. Internally, people get what it’s for.”

It’s a waste having it as the ABC’s HD channel – it should be SD, thus freeing up space in their multiplex.

Sadly, ABC 24 is still often behind Sky News in breaking stories – many a time I tune into ABC 24 to catch a breaking story, only to find a repeat of some other program on – they have either not picked up on the breaking news or seem reluctant to break into programs. ABC local radio is a much better option for breaking news.
Still way too Sydney-centric as well.

“.. many of the ABC’s own journalists called it “Jetstar”. They were fearful it would, as Jetstar did to Qantas, cannibalise and degrade the fine reputation of ABC News, replacing considered, daily broadcasts with rolling coverage of fluff.”

SusieQ picked the failing – NewsRadio has no hesitation in interrupting its schedule for breaking news but the prima donnas of TV will not yield their fiefdoms for less than an Invasion from Mars.