Australia needs to plan for the crunch that is coming, and we need to re-evaluate everything. But by all means, keep chanting inanely for "Reform". 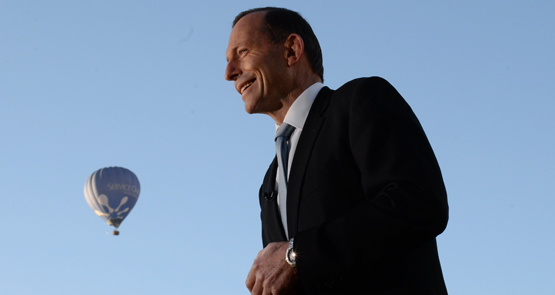 Reform! It’s on again! There’s a failure of reform! There’s no spirit for reform! We’re having a summit on reform! Independent of the politicians! Who won’t do reform! All drink!

Archaeologists digging up digiplates that printed the papers that moaned about the lack of reform — (c) Paul Kelly, Laura Tingle, Frank Kelly, et al, and all media — will wonder what this strange god “Reform” was. It was spoken of incessantly, yet it appears to have no content.

The inhabitants of this Pacific island — bigger and more westward than Rapa Nui/Easter Island, but equally cultish — told a simple tale of “Reform”: it had been here, now it was gone, and nothing has been any good ever since.

The measure of Reform’s departure was that no one knew what it really was. There had been gods who were sub-gods to Reform — Orrrkie, G’heedin’ — but they were gone now, and no one could say what it was.

In forums devoted to mourning the going of Reform — chiefly a Sunday morning televisual service known as “En Cindres” — they tried to piece together what Reform might have been. It had something to do with Dakx, and a demon-god known as SheEzDee, there was a thing called “Negative Gearing” — but no one could remake the whole. Was Negative Gearing related to G’heedin’. Was Negative Gearing the anti-G’heedin’? Had this G’heedin’ ever existed at all?

Was — OK, I’ll stop now, otherwise this will become the last sequel to Raiders. But it’s addictive. The contentless worship of “Reform” is the most pathetic, denuded failure of Australian politics — all the more so because it is offered as an alternative to the current failure of Australian politics. It’s a meta-failure, the last act of a political-media establishment formed in the late ’70s and ’80s, before they all finally retire and fuck off to the Sunshine Coast.

By “Reform”, the thing for which the meeja are gathering stakeholders together, in a manner reminiscent of Mussolini’s corporatist gatherings in the ’20s, the powers-that-be have been asking for a small to mid-level neoliberal massaging of Australian institutional settings. More flexible labour markets, a new tax mix blah blah blah.

They’re right — the fact that nothing can be done on this from right or left is evidence of pathetic national failure. But the only thing more pathetic than that is the failure of ambition encoded in what they demand as evidence of “Reform”. These are small addenda, simply footnotes to the Hawke/Keating years, and if these unacted-upon proposals are what you count as “Reform”, your project is in trouble.

As I noted on Monday, we face a world changing faster and more dramatically than in the Hawke/Keating years, and we need proposals of programs to match. Not “Reform” — competing programs whereby different groups and parties reflect on how we want to live and how we will achieve that.

The ageing media/political crowd keep hooting “Reform” quite simply because they are nostalgic for the Hawke/Keating years and have never found anything to replace it. Why wouldn’t they be nostalgic? For all this grumbling about the elites and the new class, Hawke/Keating brought it all together in one decade-long hit: modernisation of the economy in ways the elite liked — and much of the Labor base didn’t — a residual cultural leftism carried over from the Whitlam period, and a sure-footed style in contrast to the latter’s chaos. This was the class to which the media elite now belonged, asserting their right to remake the country. Politicians, public service, media — they all kept reflecting each other back about the necessity of it. Bliss was it to be born, etc, etc.

Truth be told, the idea of the Hawke/Keating era as some sort of revolution was a measure of how modest our aims had become. The early ’70s — now that was a revolution. The ACTU starting its own petrol chain (Solo), the idea of the state buying out all existing private resource claims — for $2 billion! — a real transformation of economy and society. Now that was a time.

Hawke/Keating? That was really an orderly retreat and defeat. The global economy had won, we conformed ourselves to it in a manner far better than Reagan or Thatcher did theirs, we tried to keep an autonomous cultural sphere going. Thus, in the ’90s, disaster. The cultural and economic spheres separated, and with it the fortunes of those dependent on physical and cultural production. The latter, after a way station in Keatingolatry, went on to form the Greens, a party representing their interests and worldview.

The former? Most stayed with Labor, but enough split away to dally with Hanson and then cross over to Howard to give Labor a permanent problem with its base. “Reform” itself shattered the community into smaller interest-seeking groups — interest, in the expanded sense that includes cultural/identity affirmation, from weepy, self-pitying rurals to the same-sex marriage push — and thus it remains.

The reason why these things can’t be put back together again? Because “Reform” in the ’80s/’90s was reform — and a program, a proposition about how we should live. In his 1993 victory speech, Keating remarked — and this is forgotten today — that the whole reconstruction was not just quantitative. It was so “people could have different jobs, more interesting jobs”. Meaning, we have a proposition about how life should be lived. Not just banging bits of metal and going home at three. Work that involves you as a human being, and education to match it. That was what guided it. That was what it was for.

In the years since, the right has poured scorn on even this vestigial survival of the post-war social and cultural revolutions. To ask how long we should work, what our jobs should be, what other ways of life there might be, is to be immediately damned.

A few years ago, a major media outlet ran a survey that found that Australians were deliriously happy, reporting that “more than 75% of people are not at all troubled by negative thoughts”. To which the question is: what sort of lobotomised vegetable doesn’t have negative thoughts? Any survey that produces such a result is obvious propaganda, designed to enforce a narrow consumerist/neoliberal idea of life. That idea was already starting to sicken.

Now most people can see that it is not merely sickening, but coughing up blood. While the cost of luxuries plummet, the cost of basic life — above all, housing — skyrockets. It takes two incomes, 90 hours a week work per couple, to pay off a family home. There are not 90 hours of work a week in the coming economy for all of us. There may be much less than that. The crunch is coming for us, as it is for the entire Western world.

Dealing with that takes a lot more than the fetish of “Reform” as currently, endlessly, passed around. We are going to have to reconstruct the whole relationship between overall demand, work, education, time, urban design, and the macroeconomic measures — GDP, above all — whose fictional character holds sway over our lives. In that we have a few political leaders able to step up to that — though none in the front rank of the two major parties.

It’s a measure of how small-scale so much of this is that a meeting of the premiers, to talk about the big questions facing the federation, centre on adjusting the GST ratio or the Medicare levy. Questions with a political content, to be sure, but if that’s all that’s in question, then it’s politics as slightly politicised administration.

We have almost no one in the mainstream political commentariat able to pose the questions that would get us moving on these things. Ironic, really. They curse the political caste for the absence of such, but they have almost no idea what questions to pose. This is a problem of the long decline of the Australian mainstream media — but to be fair, it was always pretty beaten down. A real clean-out and restocking is required.

It won’t happen soon. Until it does, we wait for Reform, the great sky god whose Earth-coming will solve all our problems, and relieve us of the burden of acting like full citizens taking control of our society and our lives.

Easter essay: the virus is risen. It will keep rising

[the question is: what sort of lobotomised vegetable doesn’t have negative thoughts?]
Answer: A brussel sprout.

Love your work Guy – spot on.

“We are going to have to reconstruct the whole relationship between overall demand, work, education, time, urban design, and the macroeconomic measures — GDP, above all — whose fictional character holds sway over our lives. In that we have a few political leaders able to step up to that — though none in the front rank of the two major parties.”

It is evolution or revolution that gets us there?

It’s a cargo cult for the insipid mediocrities that pass for our politico-media class.

Oh, and I’m pretty sure P Dutton doesn’t have any negative thoughts… or thoughts for that matter.