Don Randall held the seat of Canning by 11.8% -- but Labor could still manage a victory. 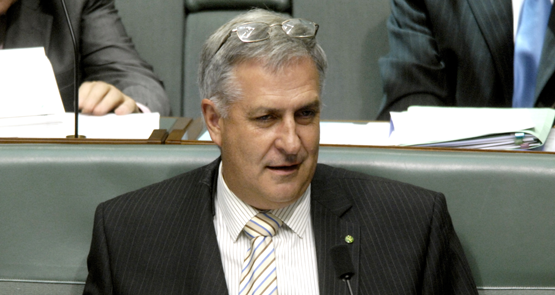 Randall’s seat of Canning covers Perth’s southern suburban fringe and neighbouring outskirts, with most of the voters located in two disconnected areas — Armadale and Kelmscott, at the south-eastern edge of the Perth metropolitan area, and the coastal town of Mandurah, 70 kilometres south of central Perth.

For all but the most unpopular of governments, the seat’s Liberal margin of 11.8% would appear to be eminently defendable, at least by historical standards.

Out of 48 federal byelections held since the Whitlam government came to power in 1972, only two provide clear precedents for swings of that size — the Bass byelection in northern Tasmania in June 1975, and the Canberra byelection in March 1995. Both proved to be harbingers of disaster for the Labor governments of the time.

A borderline case was the byelection held in the outer Brisbane seat of Oxley in October 1988, to fill the vacancy created by Bill Hayden’s appointment as governor-general. The swing to the Liberals on that occasion was precisely that now required by Labor in Canning, although not quite sufficient to gain them the seat, which Labor then lost to Pauline Hanson in 1996.

Nonetheless, there are two reasons why the Liberals would view any byelection with trepidation, quite apart from the obvious fact of the Prime Minister’s unpopularity and the alarming stickiness of Labor’s lead in the polls.

Firstly, the record of byelections past might not offer much of a guide to how things stand in our new age of extreme electoral volatility.

Direct points of comparison from recent times are thin on the ground, as federal byelections have become considerably less frequent. The February 2014 byelection to replace Kevin Rudd in his Brisbane seat of Griffith was the only one held in the current decade so far, compared with 10 in the 2000s, 14 in the 1990s, and 18 in the 1980s.

Still more uncommon these days are competitive byelections, given that parties are now happy to spare themselves expense and the potential embarrassment of a bad result by forfeiting when they don’t perceive a realistic chance of victory — something that would have been considered very poor form before it became standard practice from the late 1980s.

Consequently, federal byelections since the onset of the Howard years that produced two-party Labor-versus-Coalition results can be counted on one hand.

There is, however, ample evidence from the state level that defending a seat mid-term is much, much tougher for a government than it used to be.

On two occasions last year, Campbell Newman’s government in Queensland suffered defeats on a scale to eclipse the worst nightmares of Gough Whitlam and Paul Keating, losing the Brisbane seats of Stafford and Redcliffe with respective swings of 19.1% to 17.2%.

Any notion that this was down to the unique unpopularity of a government that would shortly go down to a first-term defeat can be dispelled with reference to its New South Wales counterpart. In the one competitive byelection held while Barry O’Farrell was premier, in the Sutherland Shire seat of Miranda, the Liberals were crushed by a swing of 26.1%, despite holding a healthy lead in opinion polls throughout the term and ultimately going on to an easy win at the state election in March.

When another two byelections were required last year to replace casualties of the Independent Commission Against Corruption’s inquiries into illegal donations from property developers, the Liberals were too scared even to take the field in defence of seats they already held.

The second reason the strength of the Liberal margin in Canning might be thought deceptive is that the party stands to lose the personal vote built up over more than a decade by Don Randall, which appears to have been considerable.

Randall’s political views and rhetoric didn’t always endear him to those of a sensitive persuasion, but it was said that he “door-knocked more than the Mormons” and would “turn up to the opening of an envelope”.

Some indication of the extent to which this paid off can be provided by comparing results from federal and state elections. Canning contains the entirety of the state electorate of Armadale and half of the seat of Mandurah, which are respectively the third- and sixth-strongest seats for Labor out of a lower house of 59 seats.

What makes Canning a tough nut for Labor are the southern part of Mandurah, which is accommodated by the safe Liberal state seat of Dawesville, and the semi-rural areas further inland. At the state election of March 2013, Labor’s vote in the booths that cover Canning was 7% higher than it could manage against Randall six months later, whereas the difference across the entirety of Western Australia was only 1%.

Conversely, the Liberals will be hopeful that the mood of the electorate will prove softer than it has been at other byelections of recent times, owing to the circumstances that brought it about.

Indeed, there is some reason to think the recent trend of devastating swings against incumbent parties actually reflects a growing intolerance towards the self-indulgence of politicians who jump ship for the sake of a mid-term career change. Though that factor obviously won’t influence the Canning byelection.

As for the timing of the byelection, the earliest possible date is August 29, but this would require that the government swing into action by the end of the week.

In the ordinary course of events, a byelection is initiated by a writ being issued by the Speaker of the House of Representatives — the mention of whom offers some hint that the government would probably prefer to have its electoral mettle tested later rather than sooner.