No press gallery access for Labor Herald. And other media tidbits of the day.

“As you acknowledge, the Labor Herald is funded by the ALP and is an ‘openly biased’ news outlet,” he wrote.

“The Committee believes this equates to ‘working for’ the ALP.”

Access to the press gallery used to be a difficult thing to attain for online news outlets, as only a few years ago the gallery was full to bursting. But it’s emptier these days, with redundancy rounds at major news organisations meaning there’s plenty of spare desk spaces. But not, it seems, for outlets set up by political parties. — Myriam Robin

New kid on the block. Renew Economy, launched in 2012 when Climate Spectator‘s founding editor Giles Parkinson struck out on his own, launches its first expansion today. One Step Off The Grid is a consumer-focused sister site to Renew‘s main industry-targeted content. It’ll focus on providing practical news and information to households trying to modernise their energy consumption. One of its first stories is an interview with Greens leader Richard Di Natale, who’s been off the power grid for 10 years. “There’s massive change happening in the energy market, and in how people source their energy in solar and storage,” Parkinson told Crikey. “The website is designed to help people navigate their way through that energy revolution.”

Currently, Renew Economy just about breaks even, but Parkinson hopes the new expansion will open up new advertising avenues for the venture. Renew Economy, he says, is “defying the conventional wisdom” by trying to remain free to readers, funded entirely through ad revenues. A part-time journalist has been hired, joining Renew‘s current three-person team. — Myriam Robin

Je ne suis pas Charlie. Charlie Hedbo will no longer draw the Muslim prophet Muhammad, with editor Laurent Sourisseau saying in an interview with German magazine Stern that while he reserves the right to criticise all religions, he didn’t want the weekly to be “possessed by Islam”. “The mistakes you could blame Islam for can be found in other religions,” he added. In Politico, Michael Moynihan writes that this is a surrender to terrorists, forced by media allies who were never really allies at all:

“The first post-massacre issue edition of Charlie Hebdo featured a Muslim (possibly Muhammad the prophet, possibly an ordinary Muslim named Muhammad) holding a sign that read ‘Tout est pardonne’ — all is forgiven. It was tender and affecting, and a declaration that the remaining staff wouldn’t be cowed by violence. But many newspapers refused then — and still refuse — to run it. As Riss told Stern, ‘we are expected to exercise a freedom of expression that no one dares to.’ In other words, amongst the media classes, Je Suis Charlie was pointless bumper sticker solidarity.

“So one can’t begrudge Riss and Luz and all the other survivors at Charlie Hebdo the decision to go soft on those who most demand mockery and derision. But we should begrudge those in media who shrugged at the assassin’s veto, claiming they couldn’t publish satirical cartoons out of respect for religion, for whom Je Suis Charlie was merely social media signaling.” 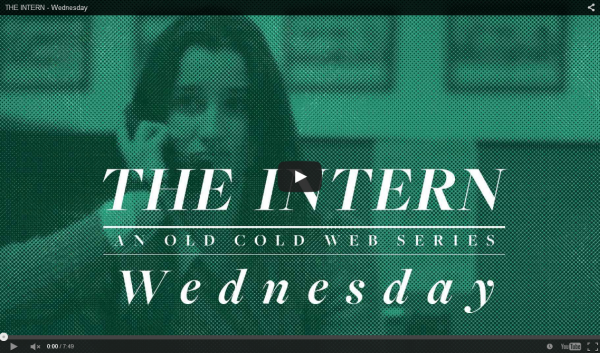 Front page of the day. Someone had to do it, we suppose … 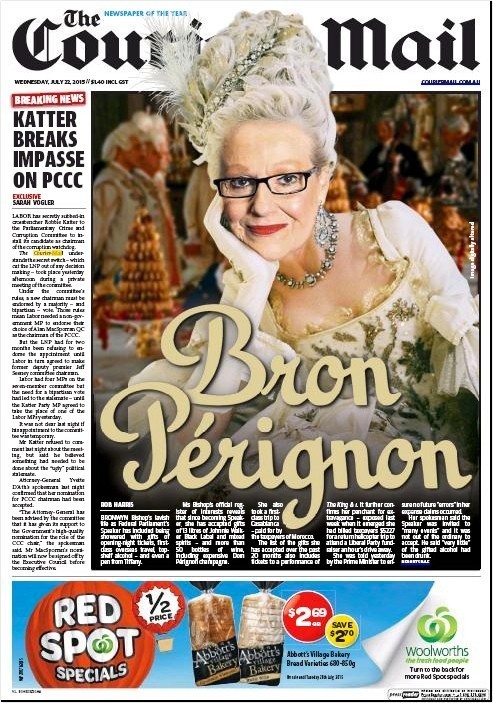 ‘Charlie Hebdo will no longer draw the Muslim prophet Muhammed…’

Actually, they won’t be drawing someone they think is Muhammed, if he existed that is. There’s no contemporaneous picture of Muhammed, and the first physical description of him comes from the first biography of him 150 years after his purported death. And is so general, no one would be able to draw a portrait.

Muslim objections to images of Muhammed are mainly about idolatory – images showing him before he became Prophet are apparently OK. Another reason for their protests is that the cartoons are insulting to Islam and also not funny.

And we all know that with some minor exceptions the News Crap organisation mainly works for the LNP, I mean just looks at any current affairs on David’s Pie News and see how that is loaded with bias towards the LNP.

Ditto :- So why are “Murdoch’s Conservative Limited News Party PR Muppets” getting through that net?

Youse guys beat me to it. Perhaps the real reason is they are afraid of being shown up?

They’ve done their best to nobble another member – the ABC – already in the tent.