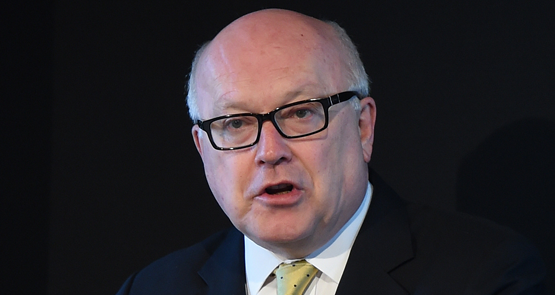 Arts Minister George Brandis does not understand crucial aspects of his own cultural policy reforms, regional arts administrators have revealed to Crikey. Brandis misstated crucial parts of the policy to a meeting of representatives of small arts companies in north Queensland and blamed the Australia Council — whose funding he himself savaged —  for chaos in the industry.

The meeting was held in Liberal MP Warren Entsch’s electorate office in Cairns. Attendees say the meeting was cordial, but that the Arts Minister apparently did not realise that the Australia Council’s six-year funding round for small-to-medium organisations had been permanently cancelled, telling the arts industry representatives that it had only been postponed.

According to Melissa Robertson of Arts Nexus, Brandis was adamant that the six-year funding had simply “been put on hold,” and was surprised when the north Queenslanders explained that the Australia Council had in fact cancelled the entire six-year organisational funding process for smaller companies.

“I think he was surprised at the impact of the six-year funding being cancelled, I don’t think he had really thought about that,” Robertson said. When the cancellation was explained by those present, Brandis was, according to another industry representative at the meeting, “completely flummoxed”.

JUTE Theatre Company’s Suellen Maunder was also at the meeting. “It was three-quarters of the way through the meeting before we realised that what he was saying was he didn’t know about the six-year funding round being cancelled,” she told Crikey in a phone interview.

“It seemed that he didn’t know that we were in a process, and that it had been cancelled,” Maunder added. “When I came out of the meeting I thought, ‘That can’t be right!’”

“It was a little bit bamboozling. If you’re the Arts Minister, surely you must know that 400 EOIs [expressions of interest] were on the table for six-year funding.”

Brandis reportedly then blamed the Australia Council for the move, comparing it to ABC managing director Mark Scott’s threat to cancel Peppa Pig if ABC funding was cut, and claiming that the Australia Council had axed the program in order to mobilise industry support against the National Program for Excellence in the Arts. “He said that ‘that message has been mishandled by advocacy groups’,” Robertson told Crikey.

Brandis repeated his assertion that the Excellence fund was a move to protect funding to the arts in the federal budget, despite the significant cuts to arts and cultural funding announced in 2014.

Brandis also returned to his argument, first made at post-budget Senate estimates hearings, that the small-to-medium sector did not cater to Australian audiences. “He kept saying ‘no one’s talking about the audiences’,” Robertson said. Crikey understands that there was strong push back from those present on that point, who argued that, in their regions, audiences are often made up largely of artists and practitioners.

“We did question him about being there at the Strategic Plan launch,” Maunder told Crikey, “but he basically said that he was there but that he hadn’t been informed or consulted with in detail about that plan.”

Robertson agrees with that account. “He said he wasn’t involved directly enough in the strategic plan, even though he was there at the launch,” she said.

These reports contradict Brandis’ statements in August last year, when he gave a speech at the launch of the Strategic Plan at the Sydney Opera House.

“The strategic plan adopts and reflects the priorities of the new government, the Abbott government, for a culturally ambitious nation. And I am delighted to therefore to welcome it and to enthusiastically endorse it,” he declared at the time.

“There was a sense that there was this bunch of people who regularly got funded and that the people on the panels were mates of those people that got funded,” Maunder told us.

There was some good news. Brandis reaffirmed his support for regional arts, and he seemed to foreshadow some wriggle room for organisations looking to apply to the Excellence Program for operational or core funding.

The news of the meeting in north Queensland will come as something of a surprise to many small arts companies around the nation. Brandis recently refused to meet with a delegation of more than 60 representatives from the small-to-medium sector in Canberra, attending a meeting with industry lobbyists for the major performing arts sector instead.

What a god damn clown this man is. Why is he still holding not one but 2 portfolios?

“Professor Bunsen Honeydew, at your circus!”?
A Muppet by any other name……