The ABC a utopia for working mums? Sure, if you’re one of the stars

Fairfax has presented the ABC as some sort of perfect egalitarian workplace. But former ABC TV news presenter Whitney Fitzsimmons says that's not always the case. 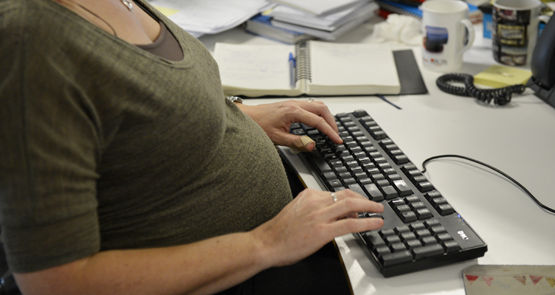 I start this by saying that while I was at the ABC I was afforded an array of opportunities (I stayed for more than 11 years, when initially I thought I’d only want to be there for two at the most). But I consider myself to be one of the lucky ones who was given opportunities. I know this is not always the case. So to position the ABC as some sort of egalitarian utopia for working mothers, as Erin O’Dwyer does in her story for Fairfax’s Sunday Life, is naive.

Does the ABC look after its people who want to have kids and return to work? Yes and no. While the ABC has provisions for those who leave work to have kids and return on a part-time basis, not all are treated the same. I know there are former colleagues who have left the national broadcaster because they weren’t given part-time work opportunities and were instead pushed into full-time work, which became untenable to balance with small children. The national broadcaster resembles not a utopia, but George Orwell’s Animal Farm: “All people are equal, but some are more equal than others.” And I admit there were times during my career there when I was the beneficiary of this inequitable system.

From allowing for flexible work, to employment appointments, to how salary is negotiated, the ABC is not all things to all people, even though it pretends to be. Some people are allowed to negotiate a market rate salary, whereas others are stuck in the public service band and point system. Some people are “appointed” to a position without an interview, while others have go through a futile interview process when the ABC has an internal candidate in mind. And some have the red carpet rolled out in the foyer at Ultimo when they return from having a baby, while others do not. 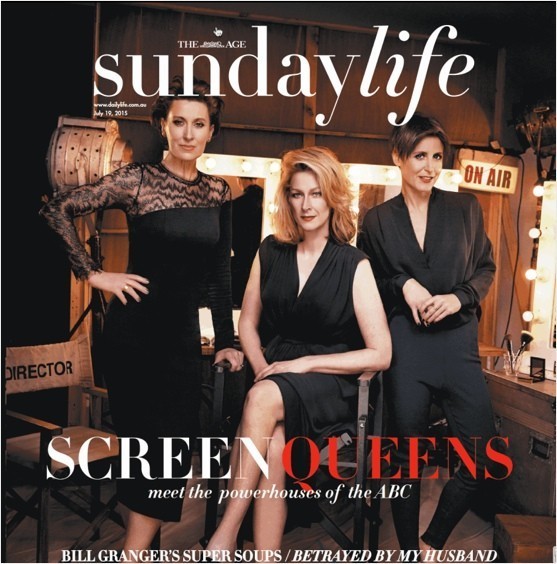 The other myth the Sunday Life story perpetuates is that women are changing ABC newsrooms around the country. Kate Torney’s appointment to national news director was historic and very exciting for all of us at the time, but there is still a long way to go. Women in EP and on-air positions are not new, and they are not changing the culture of ABC newsrooms. The ABC’s male-dominated power structures are still firmly in place. Apart from Torney, the rest of the corporation’s top executive are Mark Scott (managing director), Mick Millett (director of communications), Richard Finlayson (director of TV), Jon Casimir (head of entertainment), Justin Holdforth (head of sport), not to mention most of the news executive are male appointments, such as Gaven Morris (head of news content), Craig McMurtrie (head of news-gathering), Bruce Belsham (head of national current affairs) and Tony Hill (head of News 24).

If you want to change something you have to admit there’s a problem and deal with it. Acknowledgement is the first step, and I’m afraid the ABC is still in denial.

The other deeply disturbing aspect of O’Dwyer’s story is the photos. Why not really show these ABC presenters on the job as they really are? Why turn them into an ABC equivalent of a Vanity Fair Oscars cover?

Inspiring young women by showing how they can be smart and lead without appearing like a doll should be the message. But what we have here is a strong visual message that underpins the traditional view that to get ahead you have to be pretty and glamorous with an opinion that doesn’t challenge the status quo.

* Whitney Fitzsimmons is a former ABC TV News presenter and host of Business Today. She is a director on the board of the 100% Project, which campaigns for equal representation of women and men at board and executive level across Australia.

Through slick splicing and crafty shots, the ABC made an ass of itself

Nicely worded Whitney.
As another ex ABC staffer (male) I know of plenty of incredible women, some still there, others who didn’t make the cut in the ABC’s much talked about “Hunger Games” culling process.
Their treatment does not reflect that of the people we heard from in the Sunday Life article, or saw in the glamour style photos (I’d hate to think that not having what it takes to be part of a photoshoot like that is the reason alone?).
For whatever reason they did not fit the model of the sort of person the executives, both female and male, have for the star lineup they don’t want to lose.
The “Animal Farm” reference is not out of place.

While your points are undoubtedly made, it’s worth saying that the article that started this is nothing more than an trite puff piece for a lifestyle mag – giving a point by point breakdown of its failings is like putting a Woman’s Day article on Media Watch. I doubt anyone reading it could reasonably assume that it was anything more than gush, surely.

Abc radio must operate in a similar fashion; there are a whole bunch of silly young women foist on us which makes you hope for a male voice, and a male presenter on our morning programme who is forever disappearing, but we seem to be stuck with him as he reappears every now and again.
G’day Campbell, we miss you.

Whitney seems to have left of some of the directors for some reason.

They are in the top tier of management. Were they an innocent oversight?

…and of course you are going to go out of your way to “look after” valued and highly desirable staff. Nothing strange about that.

mikeb: Things have changed perhaps you should look at the website:
Currently there six male directors on the board and two female
Director of Radio is Michael Mason (Kate Dundas left mid 2014)
Director of a People (formerly known as P&L) Alan Sunderland (acting)
Sure you might be right about the others but women are still in the minority and that’s the point