Gone with the wind farms: govt moves to fetter renewables, states say no

The federal government says there is "merit" in investigating the effects of "infrasound" and wind turbines. But state environment ministers have said that's total bunk. 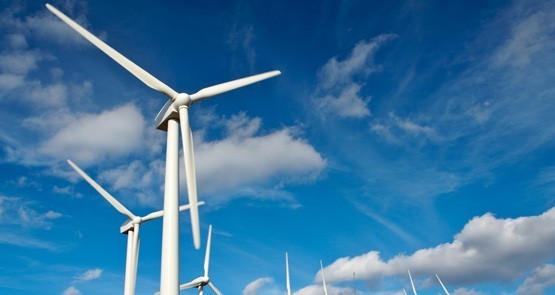 The proposal was included as an agenda item in the meeting of state and territory environment ministers with federal Environment Minister Greg Hunt in Melbourne last week.

According to documents obtained by Crikey, the proposal called for potentially including a “wind farm sound measure” in the the National Environmental Protection Council Act 1994, which established a joint council to guarantee people “protection from air, water or soil pollution and from noise, wherever they live in Australia”. In the agenda item, the federal government said there was “merit” in exploring the proposal, which arose from the interim report of the Senate Select Committee on Wind Turbines, chaired by independent Senator John Madigan.

The interim report recommended that the National Environment Protection Council require wind farms to comply with infrasound and low-frequency noise restrictions before getting a licence from state or territory governments.

In the agenda item, the federal government said more work needed to be done to understand the impact of infrasound from wind farms, despite numerous studies having found no ill effects from turbines.

“Some people living near wind farms claim that they are affected by infrasound and low-frequency noise from nearby wind farms. Currently, there are no standards or guidelines to manage wind farm noise, other than restrictions on the distance between wind farms and residences. More research is required to understand this issue,” the item stated.

The government also wanted to update the current national wind farm guidelines, with the government stating the minimum standards should include: wind farm compliance obligations; impacts on fauna, vegetation, landscape and communities; aircraft safety; wind turbine noise; disclosure of data relating to the operation of wind turbines; and requirements for stakeholder consultation.

These guidelines are taken directly from the Senate committee’s interim report.

Despite the government’s enthusiasm to adopt the recommendations of the committee, which has yet to make its final report, the two agenda items never made it into the agreed statement from the meeting (PDF). Crikey understands that the states rejected the measures. State ministers asked Hunt four times if he planned to impose the same guidelines for coal, but he said no each time.

One of the states also attempted to have the details of the rejection of the wind farm sound measures included in the communique, but the federal government kiboshed the attempt.

A spokesperson for Hunt did not respond to Crikey‘s questions by deadline.

A spokesperson for Victorian Environment Minister Lisa Neville told Crikey in a statement that the push was rejected by the states because the concerns raised by the Senate inquiry had been “widely rejected by scientific and medical opinion”.

Interesting, as there are plenty of other industries which impinge on people nearby..late night trucks, train marshalling..all averaged over 24! Hours..not the hours of operation.

As to wind audio effects, high school students six years ago measured air pressure changes which cause headaches, but are undetected by microphones..this is NOT infrasound..just barometric changes.

A little bit of physics…it is not injurious to health other than being annoying, like a mosquito buzzing…or tram vibration, or the neighbour doof- doof music which can be felt , not heard, by ear

A similar pulsing effect car be experienced by opening one window in a car travelling along a freeway, inaudible, pressure changes affect the ears. Plane travel causes a similar, though more extreme, effect

Where are these nearby wind farms? All the ones I have seen around the country are in the middle of nowhere, through necessity for them to be able to work most effectively I would think.

Does anyone know how much infrasound and low-frequency noise coal trains emit? Compared with wind farms?

How do these “infrasound” health effects compare with the sleep deprivation caused by the neighbours when they arrive home from the nightclub at all hours? Is infrasound only pondered / detected by those living on acreage?

Oh, that’s right. Those moving blades are also extremely unsightly. Perhaps all these aesthetically detrimental effects can cumulatively amount to something significant?

I cannot believe the level of arrogance of this government in their blatant sabotage of the renewables industry in favour of shoring up the old dirty energy industries. They dont even try to look objective.